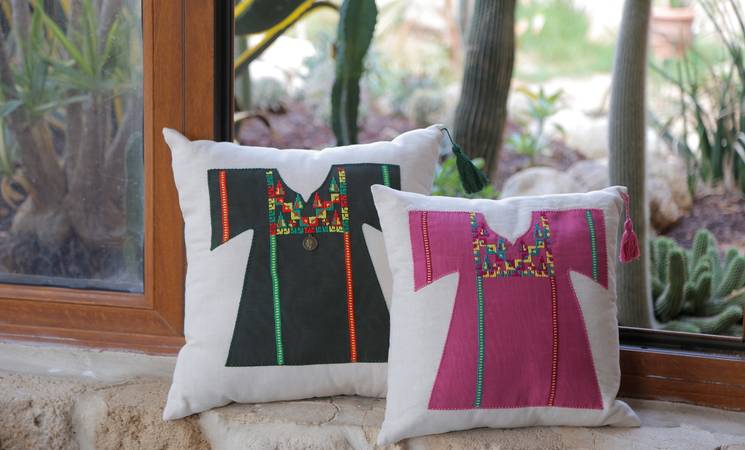 Between 26 June and 8 July, Israeli patrol boats opened fire towards Palestinian boats off the coast of the Gaza Strip on nine occasions, forcing them ashore. No injuries were reported.

Between 26 June and 9 July, Israeli forces positioned at the border fence and opened fire towards Palestinian areas on 29 occasions. One fatality was reported.

Between 26 June and 10 July, civilians, including many youths, continued to participate in a number of protests under the slogan “Great Return March” near the perimeter fence in different areas of Gaza. Israeli forces responded with gunfire and teargas. According to OCHA and WHO, since the start of “Great Return March” on 30 March until 1 July, 143 Palestinians (123 men, 1 woman, 18 boys and 1 girl) were killed and 15,242 were injured. The total figure of fatalities includes 110 Palestinians killed during demonstrations and 33 killed in other incidents; among the latter are six people whose bodies are being reportedly withheld by the Israeli authorities.

On 2 July, an 18-year-old Palestinian woman committed suicide by hanging herself inside an apartment in Gaza City.

On 4 July, the UNRWA Local Staff Union organized a gathering in front of the UNRWA Gaza Field Office in solidarity with staff funded under the UNRWA Emergency Appeal for the oPt whose jobs are at risk due to the Agency’s large financial shortfall for emergency interventions in the oPt. Approximately 800 persons participated in the event which lasted an hour and a half. 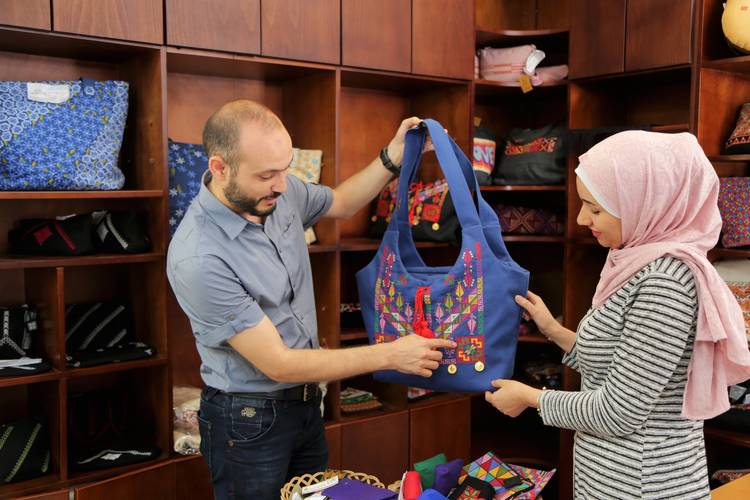 UNRWA through the Sulafa Embroidery Centre seeks to enhance women’s income-earning options in the context of Gaza’s dire socio-economic situation. The Sulafa Centre has been established and operated by UNRWA since 1950 and cooperates with a network of nine Community-Based Organizations across the Gaza Strip in the production and sale of embroidery goods.

35-year-old Ibrahim Muhtadi, who manages the Sulafa Embroidery Centre, said: “I have been working as manager of Sulafa for more than a year and a half now. I have seen many success stories of women who learned embroidery and thereby developed their own source of income. Not only do we provide women with income-generating opportunities, but we also help them expand their social network and build new friendships in a society that imposes many restrictions on women.”

Ibrahim added: “Like any other business, Sulafa faces challenges especially that embroidery is labour-intensive and time-consuming work. The economic situation in Gaza has affected our sales in the local market, so we are seeking now new markets by approaching international audiences.” Ibrahim also explained that “due to the blockade, it is not easy to leave Gaza and market the centre and its products. One solution is to rely on online platforms, including our website and the Facebook page. We also participate in international and national bazaars through volunteers and official representatives on behalf of the Sulafa team.”

The Sulafa Project aims to provide meaningful and sustainable income for women using and developing their artisanal skills and connecting them with local and international markets. By now, Sulafa is well known for its handmade pillows, shawls, handbags, small purses and ornaments in traditional Palestinian designs or modern colours.

“Through embroidery, I feel productive and earn a living that enables me to provide for me and my nine-member family in addition to my mother. I feel so proud that our traditional Palestinian handmade products reach other places around the world. The positive feedback we receive from Sulafa and the customers is really encouraging,” explains 28-year- old Maha Abu El Roos, a Palestine refugee widow who lives in Deir El- Balah Camp.

“This year is the seventh time for Sulafa to participate in the International Folk Art Market. It is one of the important events which help Sulafa reach international clients and build good and sustainable relationships and networks”, said,” 36-year-old, Aysha Basuoni, Business Development Officer at Sulafa.

Over time, Sulafa has become more than a livelihood programme for women. It is also a way to preserve the traditions and culture of embroidery within the Palestinian society and pass the stories and skills from one generation to the next. With women’s economic activity mainly in unpaid agricultural work, low-paid and informal employment, women are at a higher risk of exploitation and poor working conditions. Furthermore, the Israeli-imposed restrictions on the movement of goods and people further hinder women’s opportunities to access education, work and other opportunities outside of Gaza. Sulafa aims to respond to this need by supporting approximately 300 local artisans through commissioning traditional and contemporary embroidered goods. This approach allows women to support their families, which in Gaza often rely on only one source of income, if any. Opportunities are also particularly vital for widowed, divorced or abandoned women who due to traditional, gendered social norms and customs are in an even more vulnerable position. Moreover, Sulafa ensures that opportunities are available for women who, due to very conservative communities, are not allowed to work outside of their homes.

UNRWA’s emergency programmes and key projects, also operating with large shortfalls, are funded through separate funding portals. Prioritised needs in Gaza in relation to the 2018 oPt Emergency Appeal include US$ 80 million for the distribution of emergency food parcels to almost 1 million people, at least US$ 10 million for creating temporary cash-for-work opportunities through UNRWA’s Job Creation Programme as well as US$ 7 million for the Agency’s Community Mental Health Programme. Furthermore, following the 2014 conflict, US$ 316 million has been pledged in support of UNRWA’s emergency shelter programme, for which an estimated US$ 720 million is required. This leaves a current shortfall of US$ 404 million. UNRWA appeals to donors to generously contribute to its emergency shelter programme to support Palestine refugees to undertake repair or reconstruction of their damaged or demolished homes.