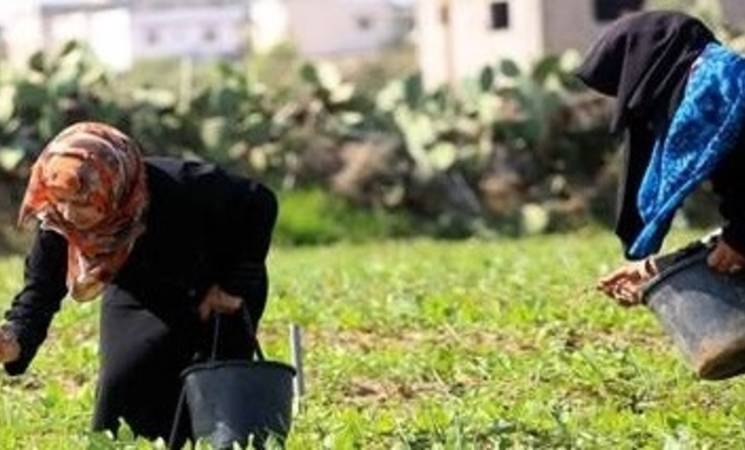 Between 10 July and 22 July, Israeli patrol boats opened fire towards Palestinian boats off the coast of the Gaza Strip on 14 occasions, forcing them ashore. One injury was reported.

Between 10 July and 23 July, Israeli forces positioned at the border fence opened fire towards Palestinian areas on 20 occasions. One was killed and no injuries were reported..

Between 10 July and 23 July, civilians, including many youth, continued to participate in a number of protests under the slogan “Great Return March” near the perimeter fence in different areas of Gaza. Israeli forces responded with gunfire and teargas. According to OCHA and WHO, since the start of “Great Return March” on 30 March until 23 July, 155 Palestinians were killed and some 16,847 were injured.

Between 12 July and 22 July, Israeli Forces fired 136 missiles targeting militants training locations across the Gaza Strip in response to mortar shells fired by militants. 41 were injured and three were killed, two of them are children.

On 23 July, a Palestinian man attempted self-immolation by trying to burn himself outside Al-Fakhoura Health Center, in Jabalia area, northern Gaza Strip.

On 23 July, a Palestinian man attempted self-immolation by trying to burn himself at Jalaa Street area, in Gaza area.

On 12 July, the UNRWA Local Staff Union organized a gathering in front of the UNRWA Gaza Field Office in solidarity with staff funded under the UNRWA Emergency Appeal for the oPt whose jobs are at risk due to the Agency’s large financial shortfall for emergency interventions in the oPt. Approximately 800 persons participated in the event which lasted an hour and half 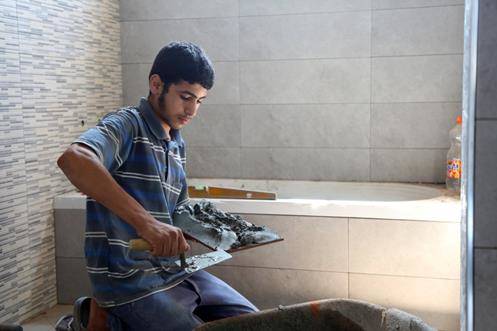 Children can be seen at work in a variety of contexts in the Gaza Strip, most frequently helping with small family-run business, but often also engaged in child labour, in heavy and hazardous activities in construction, on fishing boats, as porters and garbage collectors. Child labour appears to be a coping mechanism for large families and those who have lost income or livelihoods or primary wage earners.

From March 2017 to July 2018, the UNRWA Gaza Field Office (GFO) initiated a project under the title “Child Labour Project” aimed to mitigate protection concerns of children working around UNRWA distribution centres in the Gaza Strip. UNRWA believes that all children have the right to be protected.

Palestine refugee Abed Al-Rahim used to work outside Beach Camp distribution centre as porter.  He and his two elder brothers are the breadwinners of their eight-member family.

Abed Al-Rahim said “I had to drop out from school when I was eleven years old to work and support my family, because my elder brothers work was not enough for our eight-member family,” Abed Al-Rahim also added “I met one of the area social work supervisors outside the distribution centre, he asked about my family expenses, after that, I engaged in six-month vocational training on tiling profession at the UNRWA Gaza Training Centre.”

The Project was jointly implemented and coordinated by various UNRWA offices and Programmes: Operations Support Office with the support from Logistic, Gaza and Khan Younis Training centres, Community Mental Health Programme and Relief and Social Service Programme (RSSP) and supported 138 children aged between 7 and 17 year old.

Abed Al-Rahim mentioned “After finishing my training, now I am under apprenticeship in local workshop with pocket money 140 $ monthly, I gained many skills through the training which will protect me in the future to have a decent source of income to support myself and my family,” Abed Al-Rahim also said “I can’t explain how much I am proud of myself and my achievements, now I dream to have my own workshop after being a porter without any skills. I hope all children around the world could have the chance of getting proper education and skills.”

The children were identified in the initial phase of implementation. Following a thorough assessment of their individual cases by RSSP’s Social Work Division, tailored intervention plans were then drafted. Interventions included individual and group sessions, home visits, referral inside/outside UNRWA, cash support, remedial classes for the Child Labour Project cases and their siblings, literacy classes, transportation, medical support, supporting 12th grade students with study fees, and re-integration into school, direct aid as school uniforms, clothes, ad hoc vocational training, as well as small income generating projects for those families to whom the income of the child was vital.

UNRWA’s emergency programmes and key projects, also operating with large shortfalls, are funded through separate funding portals. Prioritised needs in Gaza in relation to the 2018 oPt Emergency Appeal include US$ 80 million for the distribution of emergency food parcels to almost 1 million people, at least US$ 10 million for creating temporary cash-for-work opportunities through UNRWA’s Job Creation Programme as well as US$ 7 million for the Agency’s Community Mental Health Programme. As reported above, the Agency ran out of Emergency Appeal funds at the end of June.  Every attempt is made to keep essential work going by prioritising the food distribution, downscaling other components such as community mental health and cash for for work (job creation) and advancing money from UNRWA‘s core budget.

Furthermore, following the 2014 conflict, US$ 316 million has been pledged in support of UNRWA’s emergency shelter programme, for which an estimated US$ 720 million is required. This leaves a current shortfall of US$ 404 million. UNRWA urgently appeals to donors to generously contribute to its emergency shelter programme to provide displaced Palestine refugees in Gaza with rental subsidies or cash assistance to undertake reconstruction of their demolished homes.