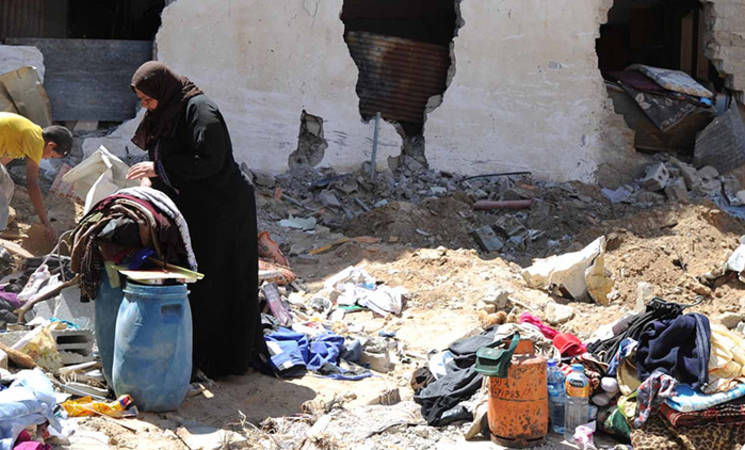 Past 24 hours: On Saturday, an Israeli official said that negotiators would not return to Cairo until the ceasefire agreement was renewed. It was initially reported the Palestinian delegation would not leave Cairo until a renewed ceasefire agreement was reached, but then later on Saturday night it was said the delegation would also leave unless Israel agreed to return to the Egypt mediated negotiations. Egypt reportedly focused on getting the Palestinian delegation to agree to a ceasefire, with the key issues – the lifting of the Israeli blockade on Gaza, the reopening of its seaport, airport and border crossings – unresolved and to be discussed after a ceasefire was reached. It was reported Israel had offered to ease some restrictions to the blockade, but concessions fell far short of Palestinian demands. Reportedly, Israel offered to expand the fishing area from 6 to 12 nautical miles, which is still less than what was agreed in the Oslo accords, to ease restrictions on transfer of goods to the West Bank and exports abroad, and increase the number of permits for Palestinians to travel between Gaza and the West Bank via the only functional border crossing, Erez.

Similar Israeli concessions made in the November 2012 ceasefire agreement were subsequently temporarily revoked in response to rocket fire from Gaza, including the extension of the fishing limit. Overall, after the easing of the blockade in 2010 with UN agencies allowed to import construction materials, there has been no significant relaxation of the Israeli blockade. 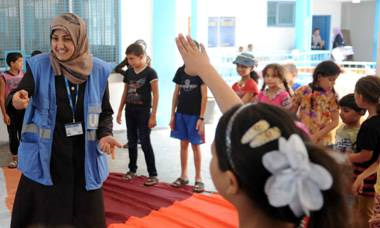 Bassema Ghanem, one of about 100 UNRWA Community Mental Health Counselors,
who provides daily psychological and psychosocial support to Gaza’s displaced.

UNRWA counselors provide psychological first aid, orientation and advice to parents, and individual counseling to those that suffer from psychological distress. Counselors also engage in psychosocial activities with children, which include playing, relaxation and meditation exercises, drawing and storytelling.

Bassema Ghanem is one of UNRWA counselors working to help the displaced children. She says: “Our main goal is to provide them with a sense of safety and security so that they feel protected”, which is a challenging undertaking given the attacks on UNRWA schools. Even small children know there is nowhere safe to go in the entire Gaza Strip, and nobody can leave. “As counselors, we have noticed serious behavioral changes in children, such as aggression, anger, nervousness and restlessness. Children cannot sleep or fall asleep only to wake up screaming in the middle of the night, clinging to their parents.” Bassema explains that drawing has a particularly positive effect on children. “I noticed that many of the children tend to draw houses, trees and flowers, reflecting their hope to return to a home and to have a future”, she says.

Since the beginning of the crisis, UNRWA’s Community Mental Health Programme has served over 91,000 parents and engaged over 100,000 children in recreational activities. UNRWA partner organizations, including the Sharek Youth Forum, provided further support to over 14,000 adults and almost 80,000 children.

Reportedly, there were 29 rockets fired towards Israel. There were also reports that 77 air-to-ground missiles were fired into Gaza in addition to 25 navy shells. 45 tank shells were fired into populated areas.

UNRWA estimates that 97 installations have been damaged since 8 July 2014. Data on damage to UNRWA installations is based on preliminary information and subject to change based on further verification.