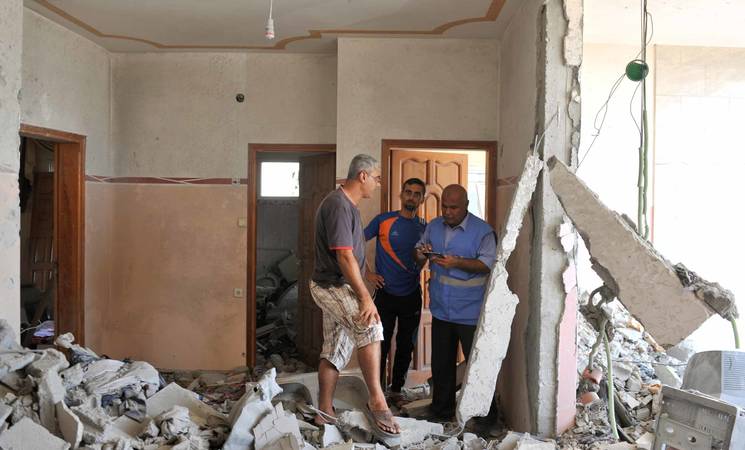 Operational environment: The situation in Gaza remains tense. Palestinian families in the Strip continue to feel uncertain about the future, expressing concern about the unstable political and security environment and ongoing deterioration in the socioeconomic situation.

UNRWA is currently undertaking assessments of refugees’ homes that were damaged during recent hostilities. Construction personnel and engineers hired under the Agency’s Job Creation Program (JCP) have brought their expertise to the job, and are using new technology to conduct assessments as efficiently as possible.

The shelter assessments are part of a wider initiative lead by the National Consensus Government’s Ministry of Public Works and Housing, in partnership with UNRWA and UNDP, to ensure all damaged homes in the Gaza Strip are assessed, and people are provided with assistance to get back on their feet. 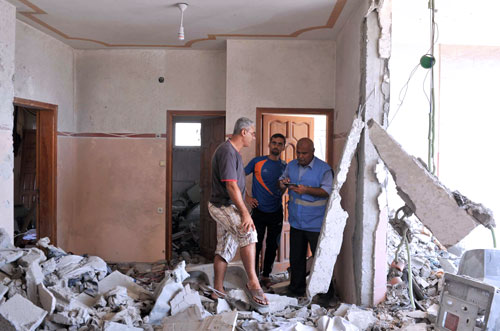 “We have deployed a Focal Area Engineer in each of Gaza’s five Areas who supervises a head group engineer. The head group engineer then manages 15-20 engineers. A total of approximately 1,400 cases are being assessed across the Gaza Strip each day,” said Abdul.

The UNRWA assessment teams are using computer tablets with a geographic information system (GIS), to store information in a shared database. It is hoped that this will ease the planning and development process and avoid duplication.

The engineers’ damage assessments follow visits to homes by UNRWA social workers. As of 30 September, UNRWA social workers have completed their initial assessment of 66,500 refugee family homes in the Gaza Strip, which is equivalent to approximately 80 per cent of the total estimated number of impacted Palestine refugees’ homes. According to estimates based on preliminary information from the UNRWA shelter assessment, up to 80,000 refugee homes were impacted during the fifty days of hostilities.

Wael Hamdan, Focal Area Engineer in the North said: “We race against time to be able to accomplish the task as winter is approaching and it would be more difficult for both engineers and the affected families. We started to use the computer tablet in our work which helps us with expediting the data entry process while maintaining accurate and precise data.”

Assistance includes rental subsidy and a reintegration package for those whose homes are assessed as uninhabitable and cash support for those with habitable shelters requiring minor repair.

No major incidents during the reporting period.

118 UNRWA installations have been damaged since 8 July 2014.