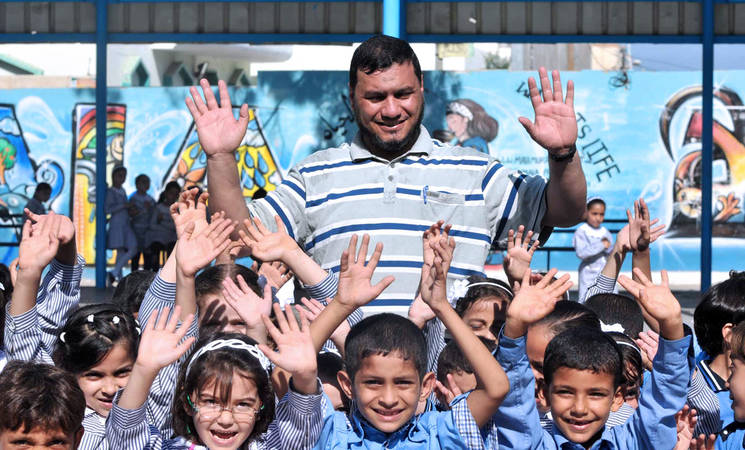 Due to budgetary considerations, TSCA is currently being dispersed for up to four months (from September to December 2014). UNRWA anticipates that the need of many families for TSCA will continue into 2015. Funding is only secured until December 2014.

Operational environment: The political and security situation in Gaza remains unstable. The ongoing deterioration in the socioeconomic situation is frustrating for many and even as Agencies do everything possible to help people get back on their feet, there is little clarity on what the future holds for the Strip. UNRWA’s operational focus continues to be on “back to school” activities, Collective Centre management, shelter assessments and assistance to those with damaged or uninhabitable homes and ongoing assistance to the refugee community.

Equipping students for “back to school” in Gaza

UNRWA’s Department of Education continues to do everything it can to support teachers and students who have recently returned to UNRWA schools in Gaza.

During September, psychosocial support was provided to 7,900 UNRWA teachers by 200 counsellors from UNRWA’s Community Mental Health Program. The training was part of the first phase of UNRWA’s innovative approach to education in Gaza. 118 human rights teachers were also trained in Theatre for Development skills and how to integrate drama into learning.

Al Bureij Elem co-ed school B accommodates approximately 1,100 students. School Principal, Fatima Al Ghureiz, reflects on the first few weeks of the new school year. She says, “In general the school students are satisfied with the beginning of the school year, and teachers are doing well in using the training they received.” 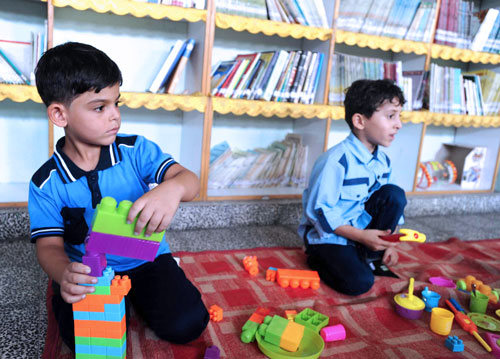 Other support has been more tangible. Over the past few weeks UNRWA students across the Gaza Strip each received school text books and stationery, including eight Arabic writing pads, two English writing pads and one drawing pad. UNRWA schools were also equipped with stationery, cleaning materials, chalk, furniture and other supplies to ensure each facility is well equipped for learning opportunities.

UNRWA teacher, Nisrin Mahdi has particularly enjoyed seeing students receive the new stationery. "Most students were not able to purchase the necessary stationery this year due to financially difficult conditions they suffered during the conflict. I believe that this equipment is important for them and helps them ease back into normal schooling," said Nisrin.

One student already enjoying drawing and writing at school is six year old Salma, a first grader originally from Khuzaa area in Khan Younis. Salma’s family lost their home in the recent conflict. "Many of my belongings were lost or destroyed, including my kindergarten certificate, and my toys, which I asked my brother to move from the roof to a safer place in my bedroom," Salma said.

Like many of the 241,000 children attending UNRWA’s 252 schools in Gaza, Salma has big dreams for her future and already realizes that education will play a part in helping her achieve them.

She says, "I wish we could all live in peace. I want to study hard and become a doctor in the future to treat patients and the poor."

Overnight on 7 October there were two explosions that reportedly destroyed an electricity generator and a fuel tank at the French Cultural Centre in Gaza City. During the same evening it is reported that the Israeli navy fired at Palestinian fishing boats. No other major incidents were reported between 1 and 8 October.

118 UNRWA installations have been damaged since 8 July 2014.