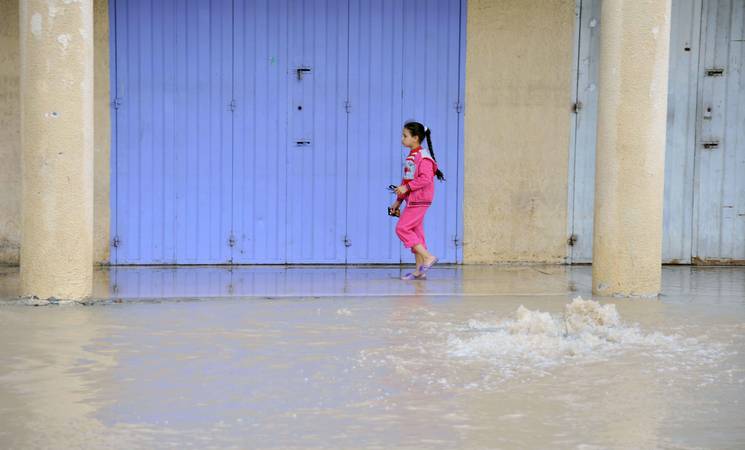 Operational environment: With winter and the rainy season having commenced, the population in Gaza is increasingly frustrated at the slow pace of reconstruction through the Gaza Reconstruction Mechanism. There continue to be demonstrations and sit-ins demanding UNRWA and other UN Agencies accelerate reconstruction efforts. The security situation continues to deteriorate with police remaining unpaid and unmotivated to attend work. The general atmosphere in Gaza remains tense.

Mustafa Al Sharif is a Palestinian refugee from Um Al Nasser village in Beit Lahiya, in the north of Gaza. In mid-July 2014, 52 year-old Mustafa, his wife Subhiya and their seven children had to evacuate their home after it was severely damaged during the conflict. Mustafa and Subhiya took refuge at an UNRWA shelter in Beach Camp, with their five daughters and two sons, aged 14 to 23.

Mustafa explains: “Our house was damaged and we escaped during shelling to my brother’s house in Beach Camp; then we took refuge at an UNRWA School.”

At the beginning of September 2014, the family moved to an UNRWA Collective Centre at Beach Elementary Boys School “C”.  On top of losing their home and trying to rebuild a life for the family, Mustafa and Subhiya are facing difficult financial conditions.

Mustafa is not well enough to work, and the family has been predominately reliant on what UNRWA is providing to them to survive.

”UNRWA has been doing its best to ease our life in the shelter and Collective Centre, including providing meals, psychosocial support, health services, hygiene kits, blankets and mattresses.”

One of Mustafa and Subhiya’s sons, Hasan, has taken a role under UNRWA’s Job Creation Program at the Collective Centre. This has helped the family to make ends meet. Additionally, Subhiya has been able to continue hand sewing, which brings in a small income for the family. Before the conflict, Subhiya was earning about USD 100 per month, but she is now only getting half that amount.

“I make use of my hand-sewing skills to tailor some traditional clothes during my stay at the Collective Centre. This helps me earn about USD 50 a month so that I can provide medicine to my sick husband,” said Subhiya. “Life here is difficult. Winter is worsening our conditions, despite the support and aid we receive… we really hope to move out soon to a temporary shelter and then to our reconstructed home.”

Summarizing her family’s hopes for the future, Subhiya also reflects on her own:  "I wish I could have my home rebuilt and I wish for an end of the blockade. I want to be able to start a project for sewing clothes. I wish for new life!”