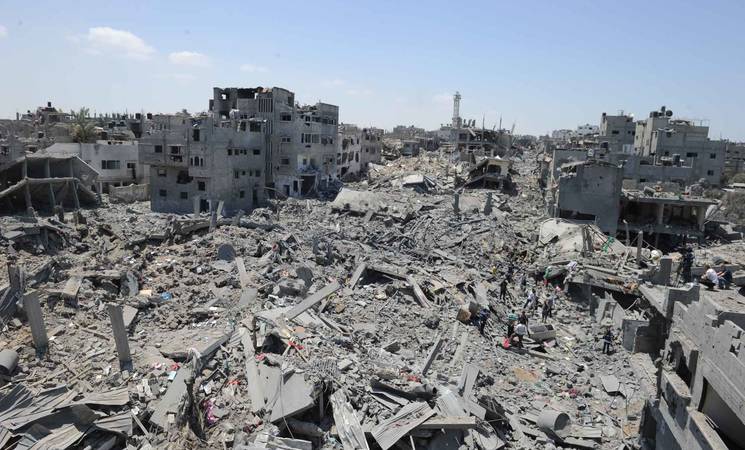 Operational environment: There has been no improvement in the security situation in Gaza, with a notable increase in rockets being tested during the reporting period. An Improvised Explosive Device (IED) exploded outside the French Cultural Centre on the evening of 12 December, the second blast there in as many months. The Centre was closed at the time. According to media reports, security sources said the blast damaged a wall of the building which also provides consular services for the French government, but no casualties were reported. Flying shrapnel is also believed to have damaged part of the building's interior. On 10 December, two IEDs exploded in front of a Fatah affiliated (Yabus Society) building at Al Awada Square. Severe damage occurred to the gate and the stores of the Society. Two injuries were reported from the adjacent houses in the area. On 13 December, the Islamic Jihad movement organized a rally and held a press conference at Al Saraya junction in Gaza city in solidarity with the Palestinian prisoners in the Israeli jails. Hamas organized several parades during the reporting week to mark the 27th year of its foundation. There is a risk of further civil unrest as the number of demonstrations and sit-ins continue, with demands on UN Agencies to accelerate reconstruction efforts, and the pace of the Government-lead Gaza Reconstruction Mechanism remaining slow. The challenges for the Palestinian government, formally in place since 2 June, remain huge, and include payments to former de facto government staff who have not seen full salaries for over one year. It is reported that a half salary of between NIS 1,000 and NIS 3,500 was paid on 14 and 15 December to all security employees of the former de-facto government who continue to report to work despite being unpaid since November 2013..The payment was announced by the deputy Minister of Finance and was processed through the Palestinian Islamic bank, production bank and the mail offices.

Maher Al Dairi’s family of eleven are Palestine refugees from Sabra neighborhood, Gaza City. They were forced to evacuate their home after it was totally demolished during the conflict. They took refuge at Maher’s brother’s home for a couple of days with their three sons and six daughters, aged 11-21 and then rented an apartment in Sabra neighborhood close to his family home.

Forty-four year old Sara, Maher’s wife, says: “When the Israeli army started to bomb a neighbouring agricultural land, the windows of our house started to fall down and we were forced to evacuate our home without taking any of our belongings. I felt so helpless as we lost everything. It is incredible how we lost so much in such a short time.”

The damage assessment process for the Al Dairi family’s home started in mid-September, when UNRWA social workers visited the shelter to assess the eligibility for a technical assessment.  Engineers then followed and visited the shelter at the end of September. The case was processed in coordination between UNRWA’s Relief and Social Services Program (RSSP) and its Infrastructure and Camp Improvement Program (ICIP).

The family was pleased to be found to be eligible for UNRWA’s Transitional Shelter Cash Assistance (TSCA), with a provision of USD 250 per month.

“We were living in a very beautiful house; it was one of the most luxurious in the area. I will continue to live in the rented apartment until I get our home rebuilt,” he added.

UNRWA intends to continue paying TSCA for owners of demolished homes until their homes are reconstructed.

Like many Palestine refugee families in the Strip, the Al Dairi family has no regular income. They rely heavily on the humanitarian assistance they receive from UNRWA. Their children attend UNRWA schools and the family has access to UNRWA's health services. They also receive regular emergency food aid.

Maher Al Dairi has shouldered many worries since the blockade was imposed on the Gaza Strip in 2007, as he used to work in exporting citrus, a job that is no longer viable due to restrictions on exports. Maher says: “I used to earn some 5, 000 shekels a month, but now, I earn nothing. It has become very difficult for me to make my ends meet.”

During the reporting week, there were a number of incidences of the IDF opening fire towards Palestinians near the fence. On 11 December, militants fired one rocket towards Israel. The rocket dropped short and landed in Palestinian area. No injuries were reported. There were also several reports of militants firing test rockets towards the sea. On 13 December, Egyptian patrol boats opened fire towards Palestinian boats forcing them ashore. On 16 December IDF tanks and bulldozers were reported to have entered Gaza near the borders in Khan Younis and Rafah, in southern Gaza, withdrawing on the same day.