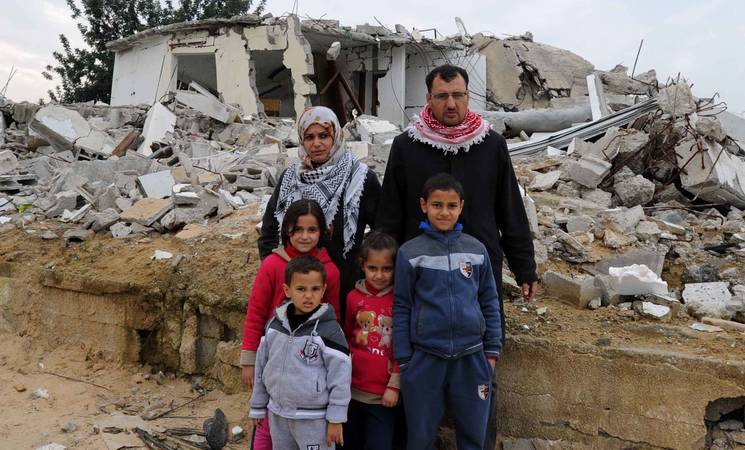 Operational environment: The situation in Gaza remains unpredictable. Whilst reconstruction is happening through the Government-led Gaza Reconstruction Mechanism, it is at a pace much slower than what is needed. Many families are living in damaged dwellings and risking their lives in the cold weather and at the risk of Explosive Remnants of War sitting amongst the rubble. The security situation in Gaza remains unpredictable and politically unstable. Regular local protests and demonstrations have become the new norm. Payments to former de facto government staff who have not seen full salaries for over one year, continues to be a challenge. Whilst Palestinian Authority (PA) staff were regularly paid until November, reliable sources indicate that only sixty per cent of PA salaries were paid on Monday 20 January, while 100 per cent of the PA retirement salaries were paid on Tuesday 21 January.

Amongst the demonstrations during the reporting period was a protest in Shejaya area on 23 January regarding the blockade on Gaza, and demanding faster reconstruction; sit-ins at the Gaza Harbour on the 21st and 25th – the first being children calling for constructing a seaport and lifting the blockade on Gaza and the second the National Committee Against the Siege requested a waterway process between Gaza and outside parties; a  sit-in on 26 January outside the ICRC Office, reportedly in solidarity with Palestinian prisoners in Israeli jails, and on the same day, a Gaza Journalists Syndicate sit-in out the front of UNSCO’s Office, in protest of alleged violations by Israel against journalists during the 2014 summer conflict. 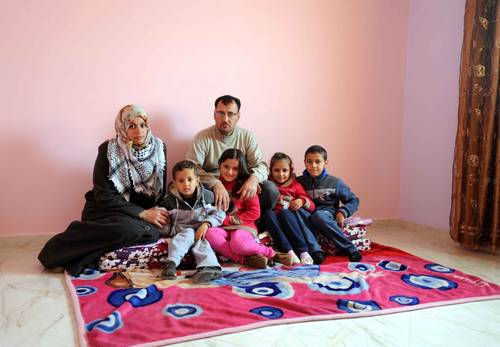 Eight-year-old Aseel Al Ashqar fiddles quietly with a worn, pink blanket she has laid on the floor of the empty new bedroom in downtown Beit Hanoun, Gaza Strip, she now shares with her four siblings. The holes in the blanket she explains, are a consequence of a bomb that also wiped out her family home during the 50-day summer conflict last year. She found the blanket buried in the rubble.

According to UNRWA assessments, at least 100,000 Palestine refugee family homes were damaged or destroyed during last summer’s conflict. Finding adequate shelter amidst a crippling housing shortage in the Gaza Strip has put enormous stress on refugee families such as Aseel’s.

During the war, Aseel and her family took refuge at UNRWA’s Jabalia school of Abu Husein, in the north of Gaza. They stayed there for several days before renting a cramped flat far away from their home, in unfamiliar Al Saftawi area, Gaza City. But the movement of Aseel and her family into a new home last Wednesday January 21, represents hope for many.

They are one of ten families benefitting from an innovative new UNRWA pilot housing project involving encouraging landowners to complete partially finished dwellings to increase the stock of housing units in Gaza. Under the project, landowners with unfinished buildings are given financial support to complete construction to house an internally displaced family.

“We are very glad to move to Beit Hanoun after we spent five months out. Now, my children will go to their original school in Beit Hanoun which is only 300 metres away from the rented flat,” said Aseel’s mother, Maysa. And it has also proven a win for the landowner. “This is very fruitful project; I managed to finish two flats after getting USD $ 6,000 each, more over it created jobs for labourers and skilled labourers,” said the Ashqar’s new landlord, Hasan Al Za’anin.

As for Aseel’s response to her new home: “This flat is very beautiful, it is more beautiful than the previous rented one. I returned to my home town to play with my cousins and meet my friends at my original school.”

During the reporting week, there were a number of incidences of the IDF opening fire towards Palestinians near the fence and at Palestinian boats. On 23, 24 and 26 January, militants fired test rockets towards the sea. On 23 January, Egyptian patrol boats opened fire towards Palestinian boats infiltrated to the Egyptian sea shore. One Palestinian was injured, another was arrested and the boat was confiscated. On 27 January, there were incursions of IDF bulldozers of approximately 150 metres in Khan Younis and Rafah, where IDF troops conducted levelling and excavation operations.