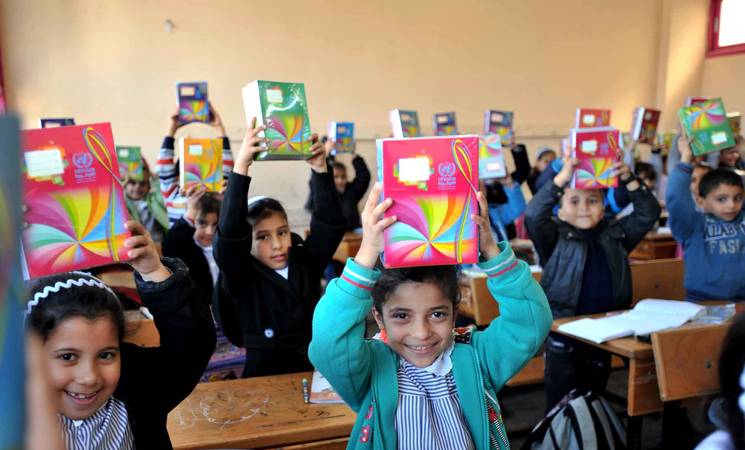 Operational environment: The atmosphere in Gaza remains one of frustration for families who are desperate to rebuild their homes and lives. Demonstrations and sit-ins are common occurrences outside UN and INGO installations, as well as in prominent public areas. Demonstrations and sit-ins over the past week were regarding solidarity with Palestinian prisoners in Israeli jails, demands for speedy reconstruction, protests against the Israeli blockade on Gaza Strip and demands to open the Rafah Terminal with Egypt. There were also protests held against the Egyptian court decision to declare Al Qassam Brigades as a banned terrorist group. In an isolated incident on 3 February, it was reported that unidentified persons kidnapped and beat a Palestinian consultant working for the Dutch representative office in Gaza city. The police are investigating the incident. UNRWA remains concerned about the continued unpredictability in political and security environments and the lack of funding it is facing to help refugee families get back on their feet after the summer 2014 conflict.

Growing up in Gaza: learning how to dream 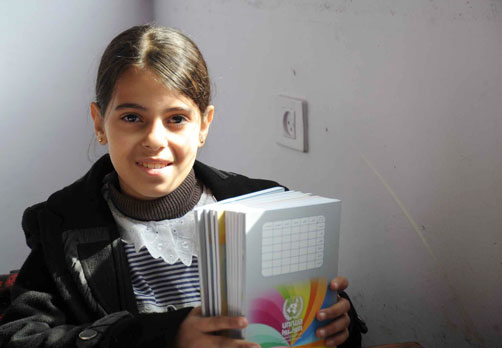 For eleven-year old Waed Yasin, a Palestine refugee from the Gaza Strip, life has never been simple. She has witnessed three wars in the past seven years and knows that every portion of food or item of clothing must be shared evenly between her and her nine siblings.

When it comes to school, despite studying hard, Waed knows that she cannot expect her family to provide needed school books or stationery. The worsening economic situation in Gaza has meant the young student cannot even remember when her father last had paid employment, or when her family had an income.

In August last year, Waed’s life was thrown further upside down when her family’s simple home was destroyed as a consequence of the 50-day summer hostilities. Today they are reliant on UNRWA to meet all food, health and education means and have been forced to live with their grandmother in an over-crowded house.

But while Waed must confront hardships on a daily basis, she remains thankful for the opportunities she does have. On Monday, with her wooden school desk at Asma Elem Co-Ed school in Gaza City piled high with shiny new notepads delivered by UNRWA Department of Education as part of its annual stationery assistance, the eager student said she was now able to look forward to working hard at school this semester.
“Receiving stationery is very important for me. Because my father has no income we could not buy school stationery so I was obliged to use used writing pads from last semester before I got UNRWA’s stationery,” she said.

Ensuring that refugee children in Gaza have access to quality schooling and education remain key priorities for the Agency as part of its wider commitment to helping refugees achieve their full potential in human development.

Zahra Abu Olba, Waed’s school principal, said most of her students were from poor families and without UNRWA’s stationery donation most would have gone without. “Parents kept asking for stationery as they cannot afford to buy any,” said Zahra.

Like many children attending UNRWA’s schools in Gaza, Waed has big dreams for her future and already realizes that education will play a key part in helping her achieve them. "I wish we could all live in peace. I want to study hard and become a doctor in the future to treat patients and the poor,” she said.

During the reporting period, there were a number of incidences of the IDF opening fire towards Palestinians near the fence and at Palestinian boats. On 3 February, Egyptian security forces opened fire towards two Palestinian military posts inside Gaza Strip near the border fence between Gaza and Egypt after a bomb reportedly exploded near Egyptian forces at the border. No injuries were reported. On 5 February, Egyptian patrol boats opened fire towards Palestinian boats approaching Egyptian waters. No injuries were reported. On 7 February, militants in Gaza fired two test rockets towards the sea. On 8 February, two IDF tanks and four bulldozers entered approximately 150 metres south-east of Karni. The troops conducted levelling and excavation operations before withdrawing.

To respond to the needs arising from the July/August conflict UNRWA is seeking USD 1.6 billion for emergency relief, early recovery and reconstruction priorities in the Gaza Strip. More information can be found here (PDF). Information is found in Arabic here (PDF).