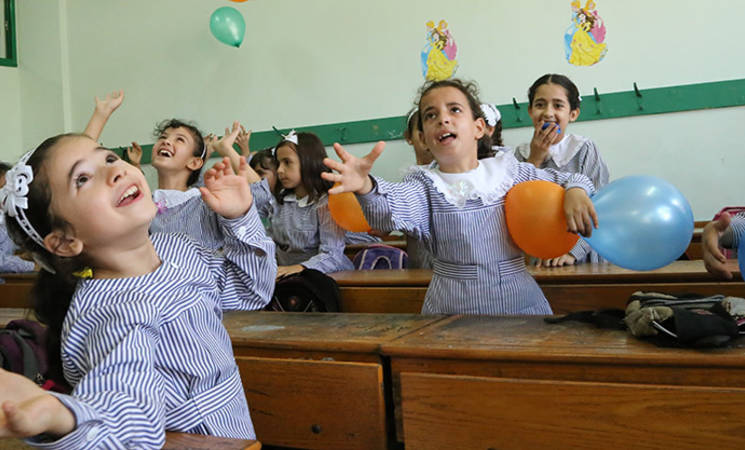 Operational environment: Politics remained at the forefront of news on Gaza over the past week. There was a mixed reception when Palestinian Authority Prime Minister Rami Hamdallah arrived in the Gaza Strip last Wednesday for a three day visit. Hamdallah was accompanied by Deputy Prime Minister Ziad Abu Omar and Minister of Health Jawad Awwad. According to media reports, during his press encounter, the Prime Minister emphasized that he aims to find solutions to all issues plaguing the Gaza Strip, “vowing that civilian workers of Hamas's de facto administration in Gaza would go on the payroll of the Fatah-dominated Palestinian Authority.” In his second official visit to Gaza since the NCG took office last June, the Prime Minister also stressed the importance of holding presidential and legislative elections.

UNRWA has recently experienced some challenges with regards to the process of bringing its regular and pre-approved construction material to Gaza for UNRWA-led construction projects (excluding the shelter self-help programme where imports of materials are coordinated through the GRM). UNRWA construction contractors have reportedly been requested to import wood (and plywood) through the coordination process, meaning that wood is now considered “dual list” material by the Government of Israel and requires UNRWA facilitation on behalf of the contractors implementing UNRWA projects. The Agency was notified that this change is in place until further notice, but awaits further details on technical specifications affected before it can accommodate new coordination requests to import the needed wood and plywood. The Israeli Coordination and Liaison Administration to the Gaza Strip (CLA) requires UNRWA to provide the number of projects and corresponding number of trucks that it expects to cross with materials, in advance. However limited crossing capacity is creating delays, for example in the third week of March, UNRWA coordinated for 450 trucks, but only received 350 trucks. The Agency has provided CLA with its requirements for April and May in an effort to ensure the increasing demand for materials can be accommodated by the crossing and UNRWA’s pre-approved projects do not experience further delays.

Families in Gaza remain frustrated at the slow pace of reconstruction and prospects for the future. During the reporting period, daily protests and civil unrest continued outside UN installations and INGO offices. Most were demanding faster reconstruction and release of prisoners in Israeli jails. A number of demonstrations were held in commemoration of “Land Day,” an anniversary that stems from an original protest in 1976, when six Palestinian citizens of northern Israel were reportedly killed by Israeli troops as they demonstrated against Israel’s reported theft of their land. The commemoration has become an important symbolic day in the occupied Palestinian territory.

Fighting unemployment, one woman at a time 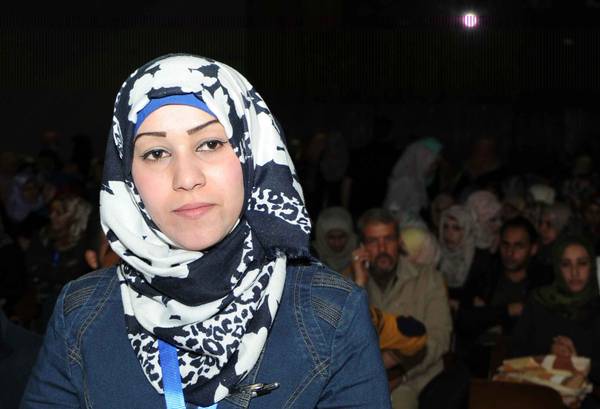 “Having a degree is no longer enough to get employment,”Nisreen Abu Rowda,26, at the UNRWA Young Women Leadership Programme graduation ceremony at Rasha Al Shawwa Cultural Centre, Gaza.

Noon on an uncharacteristically warm winter’s day in Gaza, and Nisreen Anu Rowda, 26, sits perched on the edge of a black plastic conference chair. While her gaze does not falter from the stage in front, neither does her left hand that lies carefully on her young daughter’s shoulder seated next to her. The conference room she sits in is filled with close to a thousand, predominantly young, female, Palestine refugees. All seem to be nodding in unison as they listen to a string of speakers address the crowd.

Nisreen, a mother of five children who has lived all her life at the Al Maghazi refugee camp in central Gaza, has entered the work force at a time when Gaza’s youth female refugee unemployment rate has surged to over 83 per cent, according to 2014 statistics from the Palestinian Central Bureau of Statistics. It is the highest rate ever recorded and stands alongside an overall unemployment rate for refugees of 44.1 per cent.

Nisreen has completed a Bachelor of Arts degree in education, a Diploma in public relations, and has set up the first kindergarten in the refugee camp she lives in. She is ambitious, thoughtful and, in spite of what could be insurmountable challenges; she is pushing hard against the odds that have her firmly in the ‘unemployed and dependent on hand-outs’ category. “In Gaza it is especially hard to for a woman to prove herself among a society that is male dominated,” she said. “But I have a good attitude, energy and now support and I will achieve - for me and for my family.”

The determined young mother said she puts her positive outlook down to her own resilience and the support of UNRWA‘s Young Women Leadership Program (YLWP). The YWLP is a voluntary three-month programme offered to female Palestine refugee university graduates aged 22-28 years old. Since its launch in 2011 it has provided broad training in life skills, management, administration, human rights, English language and interview techniques to some 3,124 young females. After completing the training, participants are placed in a work environment – in Community Based Organizations, Non-Government Organizations or the private sector – to gain experience. They receive a small monthly allowance for their engagement. The aim is not only the professional development of the female graduate, but also to raise their stance in the community and in their homes by helping them to gain self-confidence.

The rapport between the UNRWA YWLP workers and the trainees is important. The YWLP staff seek to encourage young graduates to grow into the people they intrinsically are; to listen to their intuition, to exercise judgement and develop self-confidence – not easy for a person who may have been raised to hold back her thoughts and is living in a region of great social and economic uncertainty. Gaza’s economy was already starting to crumble before last summer’s conflict due to the eight year Israeli imposed blockade, which virtually bans the movement of goods and people from the Gaza Strip. According to the International Monetary Fund, such is the demise that it now ranks Gaza economy as one of the most unstable in the world.

Ask Nisreen of the value of YWLP and she fires back a response immediately. “Having a degree is no longer enough to get employment - it is only the first step. This training gave me skills and helped me promote myself.” After a public relations work placement at the Palestine University, Nisreen received a six-month contract to continue. It is likely this will also be extended.

During the reporting week, IDF troops fired at Palestinians near the fence with Israel or at Palestinian boats on a daily basis. On 28 March, militants fired one test rocket towards the sea.

US$ 175 million has been pledged in support of UNRWA’s emergency shelter programme, for which a total of US$ 720 million is required. This leaves a current shortfall of US$ 545 million. UNRWA urgently requires US$ 100 million in the first quarter of 2015 to allow refugee families with minor damage to repair their homes and to provide ongoing rental subsidies.
As presented in UNRWA’s oPt Emergency Appeal, for its 2015 emergency operations in Gaza, the Agency is seeking USD 366.6 million, including USD 127 million for emergency shelter, repair and collective centre management, USD 105.6 million for emergency food assistance, and USD 68.6 million for emergency cash-for-work. More information can be found here (PDF).