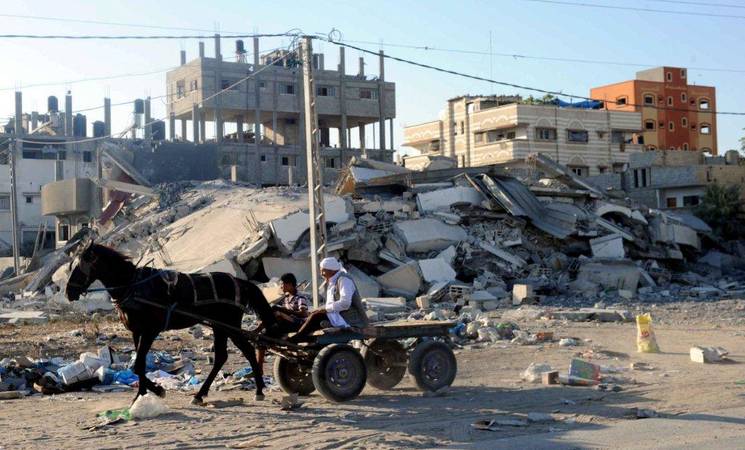 Operational environment: In the lead up to the Muslim holy month of Ramadan, several news articles have highlighted the devastating economic situation in Gaza this week, talking about the difficulties Gazans face to make ends meet and the psychological pressure, trauma of loss, frustration and isolation that are prevailing in the Strip. On 9 June a 34-old man allegedly set himself on fire in his house in Beach Camp in Gaza city in what was reported as an attempt to commit suicide due to his difficult living conditions.

In an interview with Al Monitor on 13 June the Special Coordinator for the Middle East Peace Process, Mr. Nickolay Mladenov, called again for a lifting of all closures on Gaza and a speeding up of the reconstruction process.

The Egyptian government has decided to open the Rafah border crossing on 13 June for an initial three days to allow Palestinians to travel in and out of the territory for the first time in three months, according to media reports.

On 20 May the Coordinator for Government Activities in the Territories (COGAT) issued a report about the easing measures undertaken by COGAT for the Palestinian population. The report mentions the authorization of the marketing of agricultural produce and industrial goods from Gaza to the West Bank; to date, over 3,500 tons have been marketed of which 2,966 tons are agricultural produce, 35 tons textiles, 510 tons furniture, 5 tons foodstuffs and 57 tons miscellaneous goods. Between September 2014 and September 2015, 620 tons of agricultural goods were sold in Israel itself, according to the COGAT report. Prior to the blockade the West Bank and Israel absorbed 85 per cent of the goods exported from Gaza.

Protests in Gaza continued to occur on a daily basis, most of them were demanding a lifting of the blockade, cash assistance for orphan families or against perceived cuts of UNRWA services due to the difficult financial situation the Agency finds itself in.

On 11 June an Unexploded Ordnance (UXO) detonated in an open area Khan Younis and injured a 30-year old civilian with shrapnel.

Haifa Al Hayek has been employed as a social worker with the UNRWA Relief and Social Services Programme (RSSP) for the past four years. At the end of May 2015, the Agency resumed its poverty assessment home visits after an almost one year interruption during which it was working on improving the quality and fairness of the assessment process. Haifa has played a critical role in these visits for the Poverty Assessment System (PAS).

“We as social workers were very excited about the new system and we hope that it will be positively perceived by the beneficiaries as well,” commented Haifa, who like all social workers undertook an extensive capacity building training on PAS.

The use of new technology in form of tablet-based data collection is a key component of PAS and is designed to improve the accuracy and rapidity of the process.” After an in-depth training using tablets, it is now much easier for us than filling in the paper work; it is more precise and professional and saves time and effort. We also explain to the beneficiaries why we use this new technique to cast away all their suspicions and gain their confidence,” Haifa said.

Families whose poverty status needs to be assessed are referred to social workers by a focal point in each RSSP area office, and UNRWA social workers then coordinate a home visit. Cases are identified according to priorities. Currently, UNRWA social workers are assessing 20,000 such priority cases, including new applicant families who applied for food assistance prior to the conflict but were not assessed and families who filed appeals against their assessment as non-poor and who thus have to be re-assessed. After the assessment of these priority cases UNRWA will continue with the regular cycle of poverty assessment for those already in the caseload and ongoing new applicants.

Due to the Israeli-imposed blockade and repeated armed conflicts, the Gaza economy is at the brink of collapse and poverty and unemployment rates are on the rise. Currently almost 868,000 Palestine refugees depend on food aid from UNRWA – approximately half of Gaza’s 1.76 million total population and 65 percent of the registered refugees– and the Agency expects this number may rise to one million by the end of 2015.

“Due to the hard living conditions and lack of job opportunities an increasing number of people is seeking assistance from UNRWA,” said Haifa.

UNRWA will serve all those who are assessed as eligible for food assistance and there is no maximum number of food aid beneficiaries.

During the reporting week, Israeli forces fired towards Palestinians near the fence with Israel or at Palestinian boats almost on a daily basis.

On 11 June militants fired one rocket towards Israel; the rocket dropped short inside Palestinian areas near to the security fence. No injuries or damages were reported.

On 14 June militants fired three test rockets towards the sea.