Home » Newsroom » Features » “We thought we lost him”: Tear Gas Use in Dheisheh Camp
Back to Newsroom

“We thought we lost him”: Tear Gas Use in Dheisheh Camp 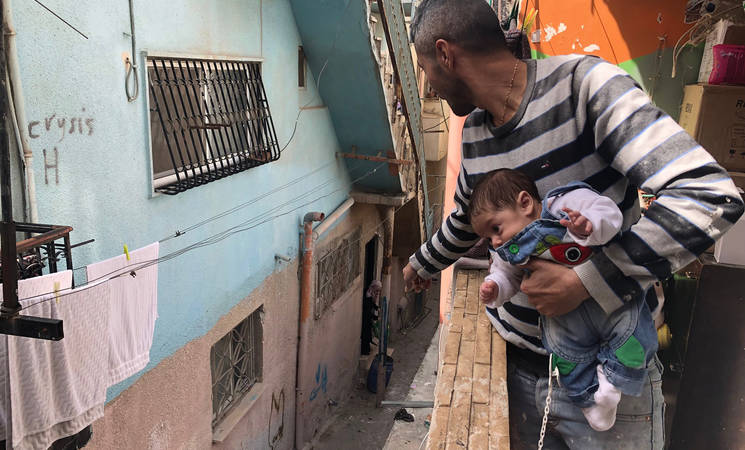 It was about 3:00 am on 7 March 2019 when Adham smelled tear gas creeping through the narrow alleyway leading up to his home in Dheisheh camp in the occupied West Bank. A father to three small children, Adham ran to his bedroom to wake his wife, where she slept with their newborn baby Ahmad.

Ahmad’s parents were horrified when they realized his dire condition: “It looked like Ahmad was in a coma. His face was blue and he wasn’t moving. He could not open his eyes!” Adham recalls.

Adham immediately contacted local paramedics who rushed to the house and tried to resuscitate the month-old baby: “The medics arrived and started to give him oxygen and push on his little chest to get the tear gas out.” Ahmad was in such critical condition that they had to take him to hospital to revive him. Ahmad has recovered since the incident but still experiences difficulty breathing and requires the use of an oxygen machine daily. “I couldn't feel my body when it happened. It was my child who’d been affected!!” Adham recalls.

Last year, in the West Bank, Israeli Security Forces (ISF) carried out on average 19 military operations every day, totaling approximately 7,000 over the whole year.  Many of these operations, such as search and arrest campaigns and responses to Palestinian civilian demonstrations, resulted in the firing of tear gas towards Palestinian civilians.

In addition, almost 700 of these military operations specifically occurred in and around Palestine refugee camps, or around 13 per week. Many of these military operations in the camps were carried out in the middle of the night and began as, or developed into, violent raid-like incursions.  Tear gas and at times sound bombs were used throughout most of these operations, and often live ammunition was fired (mostly by snipers deployed on the roofs of refugee shelters). In 2018, live fire in and around the camps resulted in at least 78 refugee injuries and four fatalities, including one child. These operations caused property damage to doors, windows and furniture of shelters of Palestine refugees.  Such raids affected the entire camp population causing psychological trauma to many. UNRWA installations were impacted as well, especially by tear gas canisters landing inside installations, including UNRWA school courtyards.

Adham asks why the soldiers use tear gas when they know that women, children and elderly are sleeping nearby in their homes. “I saw youths running down my street, but this was far from the clashes that were on the main street,” he says. “If they want to arrest people, then they can do it. But why do they shoot the tear gas, use live ammunition, and sound bombs? They end up waking up everyone inside the camp.”

Following such incursions, UNRWA implements internal protection mechanisms and provides a tailored response either directly, or through referrals to external service providers. In cases where homes are damaged following military operations, UNRWA is also able to provide financial assistance to eligible families to repair damages and to re-establish adequate shelter through. One of the ongoing concerns is the exposure of Palestine refugees to harm as a result of excessive use of force by the Israeli Security Forces. The UNRWA Protection and Neutrality division systematically monitors individual cases and thematic protection concerns, raising the issues privately with relevant duty bearers and demanding adherence to international humanitarian and human rights law.

As a result of the heavy use of tear gas in Palestine refugee camps in the West Bank, UNRWA has initiated the first of its kind cross-programmatic response in an effort to reduce exposure of Agency staff and beneficiaries. Aida and Dheisheh refugee camps have been prioritized due to noteworthy levels of exposure based on UNRWA’s tracking. This includes training for UNRWA sanitation workers on expert clean-up of tear-gas canisters in its schools and installations; architectural changes to some schools to prevent exposure; and examination by doctors on the health impact of repeated exposure to tear gas in Aida and Dheisheh camps.  The report resulting from the medical examination was presented to Israeli authorities and UNRWA has since seen a dramatic decline in the use of tear gas in Aida camp.  The identification of human rights violations and intervention with all duty bearers is integral to Agency efforts to address and prevent further violations and demand greater accountability for human rights violations. 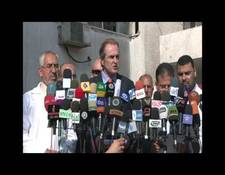