Home » Newsroom » Features » In case of emergencies, put the mask on yourself first: Psychosocial training for teachers in Gaza
Back to Newsroom

In case of emergencies, put the mask on yourself first: Psychosocial training for teachers in Gaza 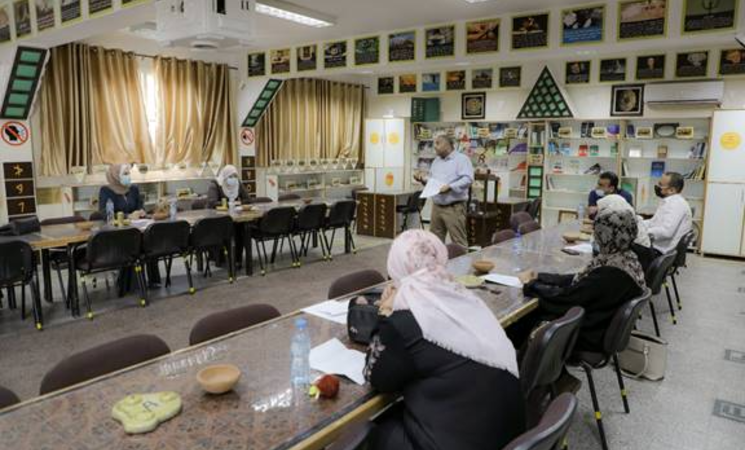 The repeated conflicts in Gaza have left an indelible impact on the psychological, social and emotional well-being of all Palestinians living in the coastal enclave, including Palestine refugees. Air strikes caused substantial damage to physical infrastructure, including homes. Overall, an estimated 20,000 housing units sustained some degree of damage, some 70 per cent of these homes belonged to Palestine refugees. In addition, 141 education facilities, nine hospitals and 19 primary healthcare centres also sustained some level of damage, including 28 UNRWA schools and six Agency health centres.

The scars caused by this violence can have acute short-term and long-term effects on the mental health of survivors of extreme violence. This greatly affects children, and also their teachers. In the aftermath of the last escalation in violence that left 256 Palestinians in Gaza dead, the UNRWA Mental Health and Psychosocial Support programme (MHPSS) organized several workshops to provide UNRWA teachers with the coping mechanisms they need to process the trauma from the multiple cycles of violence they have lived through and empower them to be agents of support and recovery for the thousands of UNRWA students they teach every day.

The Gaza Field Office Education Programme-led initiative provided launched the large-scale peer support sessions to all education programme staff, with a specific focus on teachers. Almost 10,000 UNRWA teachers were given the chance to participate in at least one session of psychosocial support, led by 254 school counselors.

Dr. Iyad Zaqout, Head of the Education Programme MHPSS Unit, said, “Teachers in Gaza have survived some of the most stressful and agonizing times. They need a safe space to learn how to verbalize their fear, anxiety and problems properly. With these activities, MHPSS is trying to mitigate the psychological impact of the recent conflict on staff. Our teachers were provided with guidelines on how to support our children and their family members based on what they learnt about how they cope with trauma themselves. MHPSS believes that taking care of UNRWA staff is the first vital step toward supporting the refugee population at large.” 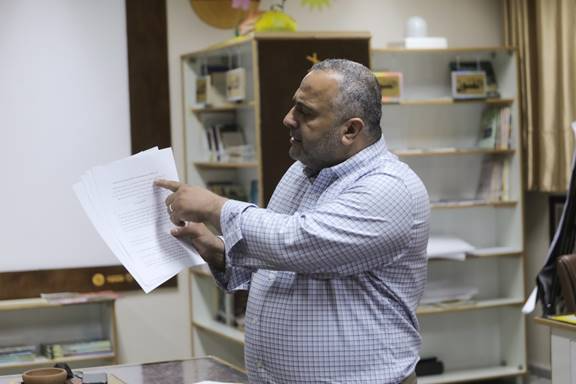 Reflecting on the effects of the escalation in violence in Gaza, Ahmed Thabet, an education programme MHPSS specialist, said, “The recent conflict has left a devastating psychological impact on everyone living in the Gaza Strip, including our teachers and students; many of them lost a family member or friends or even their home. In addition to this, the effect of fear of the indiscriminate bombings caused a lot of psychological impacts on teachers and students.” He added, “This compelled us to implement these psychological support sessions to ensure that teachers can deal with students properly. We listened to the experiences of teachers and students during the conflict as kind of stress release. We trained them on how to deal with students who were directly or indirectly affected by the conflict.” 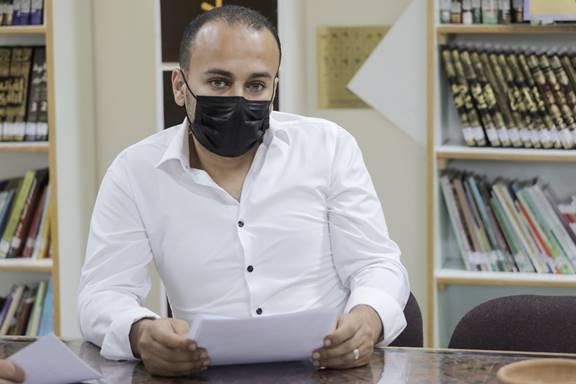 UNRWA MHPSS has developed plans to enable teachers and counselors to communicate with their students over the phone and online. Ahmed Bably is a teacher at the UNRWA Rimal Elementary School in Gaza. He recounts his experiences with students during the recent conflict, “I communicated with my students remotely during the conflict. I talked to them and asked them to talk about other topics to distract them from the fear they endured, caused by the constant bombings. I noticed that while they talked to each other, they feared for their peers.  I also sent them recreational activities and asked them to express what they were feeling through drawing. It turned out to be a good way of relieving the tension they were experiencing.”

UNRWA is working hard to address the needs of Palestine refugee students. Psychosocial support through summer camps will contribute to their physical and mental wellbeing. UNRWA “Keeping Kids Cool” summer fun weeks will serve 150,000 students in July and August. Some 2,000 temporary assistance personnel will be hired to implement the Summer Games this year. In addition to support for students, UNRWA counselors and teachers are also available to provide parental support.