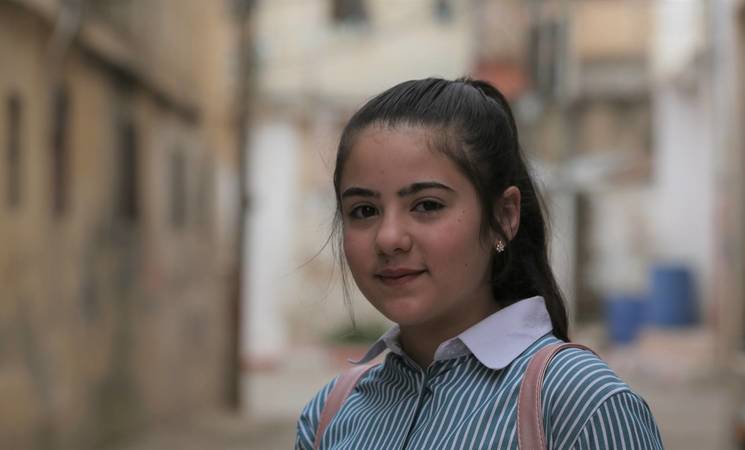 Fatima Katash is 13 years old. She is an 8th grade student at the UNRWA Jalazone Basic Girls’ School. Almost daily, Fatima and her fellow students encounter problems, both at school and on their way there.

Jalazone camp is one of 19 UNRWA Palestine refugee camps in the West Bank. The camp is adjacent to the Israeli settlement of Beit El. Fatima’s school lies just outside the camp boundary, between the camp and settlement, in Israeli controlled ‘Area C’.

Because the settlement and camp are so close, Israeli security patrols and a military presence often lead to clashes with Palestine refugees. Support from the European Union to UNRWA ensures protection for the pupils of Fatima’s school.

During incidents, the UNRWA protection team directly interacts with the Israeli military to advocate for the protection of the children and to de-escalate the situation. The team also helps coordinate the evacuation of students and staff. Documenting potential violations the team raises its concerns with the Israeli authorities. Whenever certain risks or trends become obvious, UNRWA tries to address them. The protection team has, for instance, been instrumental in rolling out tear gas response trainings for students and staff. 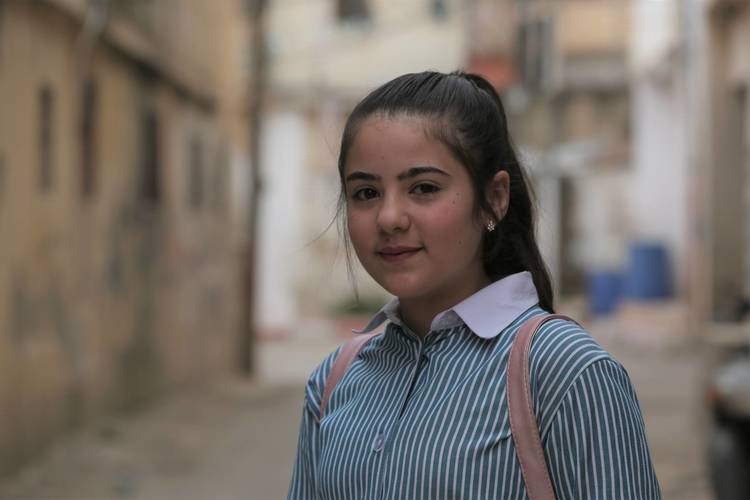 “I have three sisters and two brothers. I’m the third oldest,” says Fatima Mohammed Katash. Fatimah is a 13-year-old 8th grade student at the UNRWA Jalazone Basic Girls’ Schools. She is also a member of the UNRWA student parliament. “What I like about school is seeing my friends, teachers and being active in the student parliament. However, the school is too small compared to the number of students, and it’s too close to Beit El [settlement], which makes it dangerous for us.” 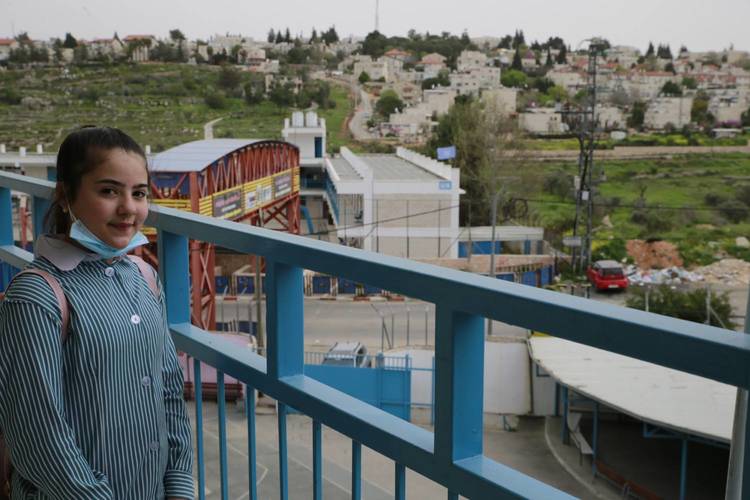 The Jalazone Palestine refugee camp is located north of Ramallah and borders Beit El, an Israeli settlement illegal under international law that lies in Area C. Extensive population growth since the camp was established in 1949 has resulted in overcrowding and overburdened infrastructure. The ongoing expansion of the nearby settlement leads to intense confrontations between camp residents and the Israeli military who frequently use tear gas, plastic-covered metal bullets and live ammunition during operations.

The school’s location poses a real protection concern as there are regular clashes and a heavy Israeli military presence. In 2020, Israeli Security Forces (ISF) conducted at least 46 operations in the camp, leading to four injuries and 69 detentions.  Five of those detained were children. 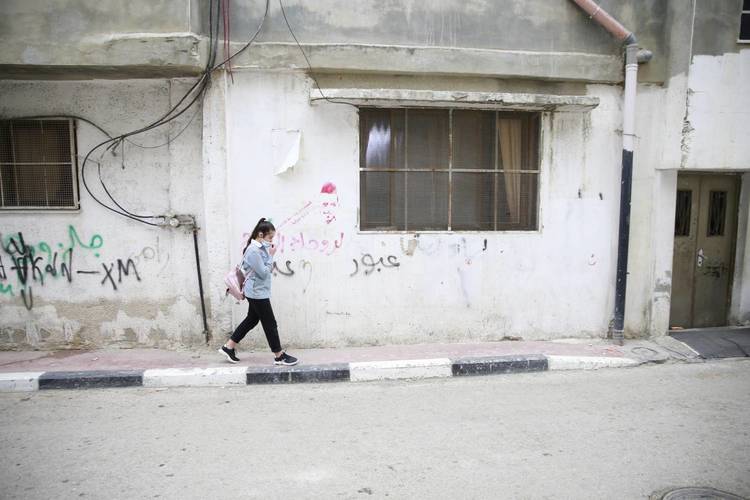 “Going to school is not safe as it is very close to Beit El settlement and also far from my house, so I don't feel safe. If there are incidents near the settlement, I need to run a long distance [to get to safety],” Fatima says. “I don’t know, but I think students in Europe or America live their life normally without these problems. As a Palestinian child, I hope that I will one day live in freedom and peace and that I can move freely without checkpoints or searches.”

With EU humanitarian support, UNRWA provides protection services to UNRWA students such as Fatima and protects their right to education. 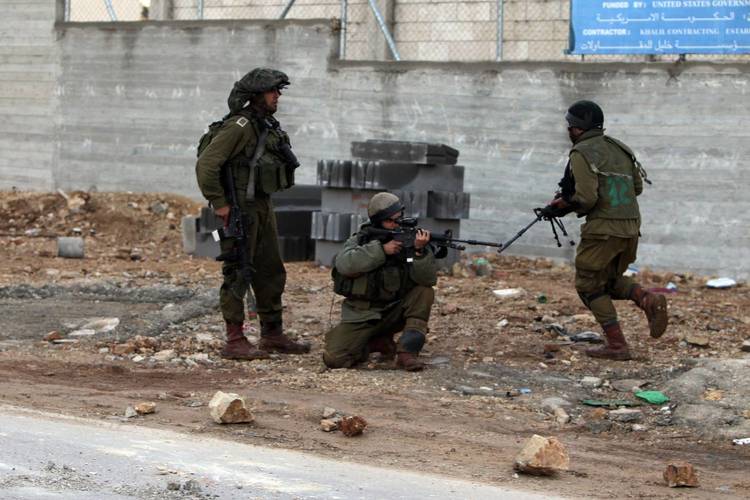 4 An Israeli soldier takes aim during clashes with Palestinian protesters in the West Bank refugee camp of Jalazone, north of Ramallah, on April 5, 2013. Photo: ABBAS MOMANI/AFP via Getty Images

The use of tear gas by the Israeli security forces during operations in Jalazone is a recurring feature of life for camp residents, with 13 tear gas incidents in 2020 alone. The long-term consequences of tear gas raises medical concerns and has a devastating effect on the mental and physical health of residents, especially on vulnerable groups such as children according to a 2017 study by the University of California - Berkeley Human Rights Center commissioned by UNRWA.

In September 2020, the Israeli military fired tear gas canisters close to the UNRWA Jalazone School, with one canister landing inside the schoolyard. In coordination with the UNRWA protection team, school staff kept the children inside until the clashes subsided. UNRWA liaised with the Israeli security forces to de-escalate the situation and ensure the safety of the children. 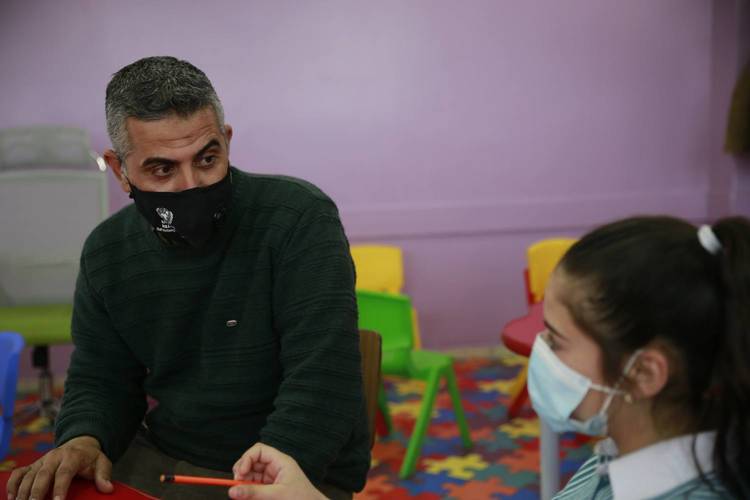 “When there are incidents happing in and around the school such as break-ins, use of tear gas or ISF operations, we call the UNRWA protection team who then raise the issues with ISF to try to ensure it doesn’t happen again,” says Mr. Mustafa, UNRWA school principal in Jalazone Palestine refugee camp. Thanks to funding from the European Union, UNRWA is able to provide this protection assistance to Palestine refugee children attending UNRWA schools.

UNRWA schools and students are frequently exposed to tear gas, sound bombs and other forms of weaponry, including already on two occasions this year. Such incidents can lead to fatalities and injuries as they have in the past. They are very stressful and disruptive to the education and development of the children and can have long-term impacts on the physical and mental well-being. 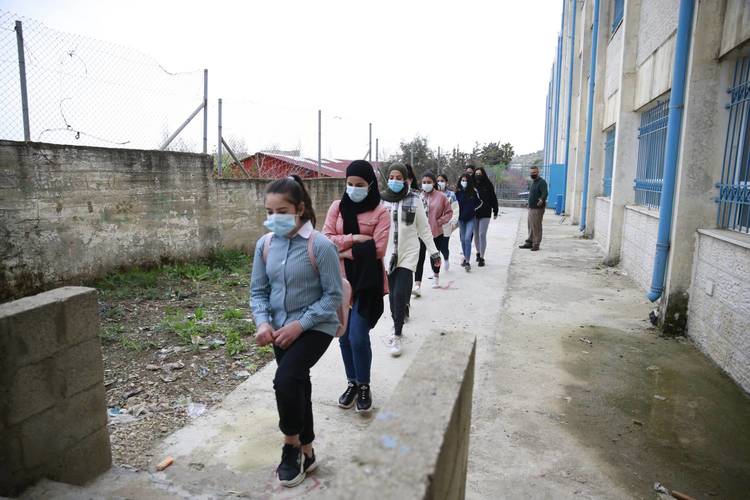 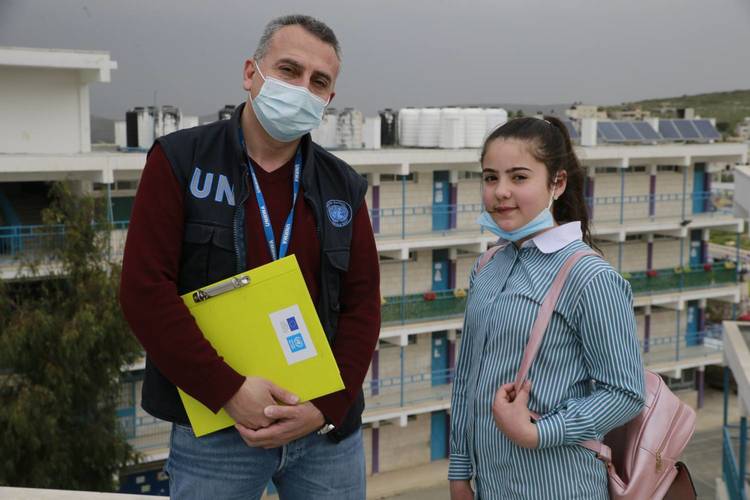 Ali Khatib (left), Associate Protection and Neutrality Officer at UNRWA emphasizes that “providing protection for UNRWA school children and ensuring their right to education is one of our most important tasks. We want the children to feel safe inside the schools and have no fear on their way to school. By contributing to creating a positive learning environment for the children we are contributing directly to a brighter future for the next generation.”

Fatima says: “I want to help make the dream of Palestinian children come true which is to live in peace and freedom. This is the thing I want most. I imagine that if the occupation ends, we can live in freedom and peace.”