Home » Newsroom » Features » Dispatches from the field: Beirut does not know how to be broken – Mohammad’s story
Back to Newsroom

Dispatches from the field: Beirut does not know how to be broken – Mohammad’s story 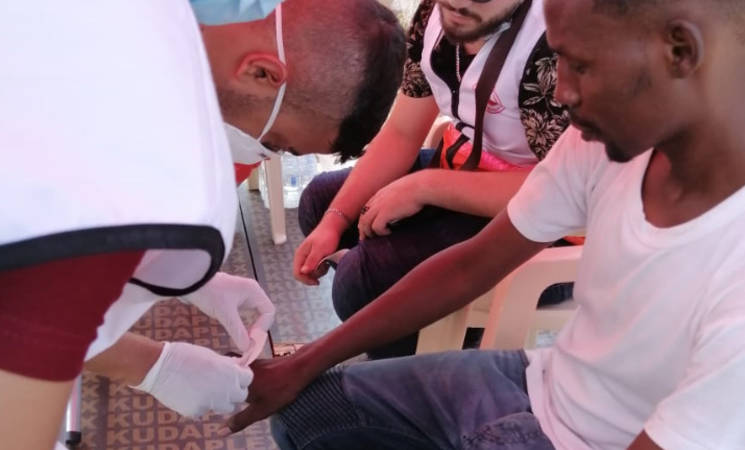 At first glance, we thought that an explosion occurred near the camp or on its borders. There were many suggestions and rumors about it and after we confirmed the information, we immediately contacted the Lebanese Civil Defense to coordinate, assist and support them in their work. We immediately set off for the port.

There were forty of us. The rest of the team were in our centers on standby and fully prepared to help. Another team was assisting medical staff in the emergency ward of the Haifa Hospital. At first, we provided first aid to forty injured people, then we went to a collapsed building in the Ashrafieh neighbourhood and began a search party. We managed to rescue a Lebanese man and an Ethiopian woman and took them to the hospital. I felt triumph with every soul we helped save from under the debris and devastation, this despite the sadness that circled our hearts.

As Palestine refugees, we were born and raised in Lebanon. We know this country well and love it. It’s the country that hosts us until our return to Palestine, despite all pressures being exerted on us. As a member of the Palestinian Civil Defense, I know very well that there are no boundaries to our work, the only boundaries that exist are those set by people. Wherever there is someone in need of help, we are there. We do not distinguish between race, religion and gender. Arise, O Beirut, from under the rubble. As we have known you, and you never knew how to be broken. My wish after this explosion is that Beirut will return to what it was and even better, and that its wounds be healed.