Home » Newsroom » Features » Dispatches from the Field: Beirut lives in us! Mahmoud’s story
Back to Newsroom

Dispatches from the Field: Beirut lives in us! Mahmoud’s story 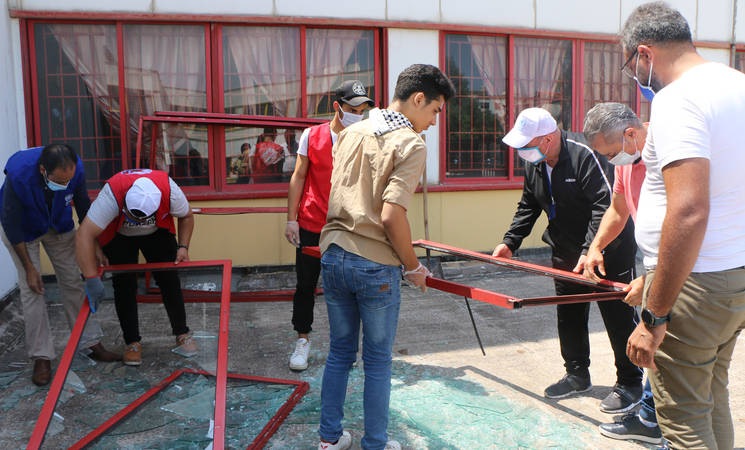 What happened in Beirut on 4 August felt like an earthquake, ripping the heart of the city apart, even affecting some UNRWA schools. I followed the explosion on social media and was shocked at the scale of the damage. A group of young Palestinians immediately started to help remove the rubble and clean the streets. How can we not do that? We, too, are the children of this wounded city. We worked alongside our Lebanese peers who had come from all sides of the country. We found out on the following day that the Jalil and Haifa schools, run by UNRWA, had been damaged in the blast. I was really affected by the news. The Jalil School has huge symbolic value to me and to many young Palestine refugees who either attended classes there or are still students.

Thee Jalil School was my first step towards growing up - my high school. We grouped together, called the school director and started clearing the debris, especially as the new school year is about to start!

You will never know Beirut until you live in it and it becomes part of you. Do you know what it means to see your memories near the port gone? The cafes and places I used to hang out with friends are all shattered, who will bring those memories back to me?

We really urge UNRWA to appreciate and support young Palestine refugees in their efforts to face huge challenges around them. We look to UNRWA for ways that we can fulfill our potential and be productive young people.