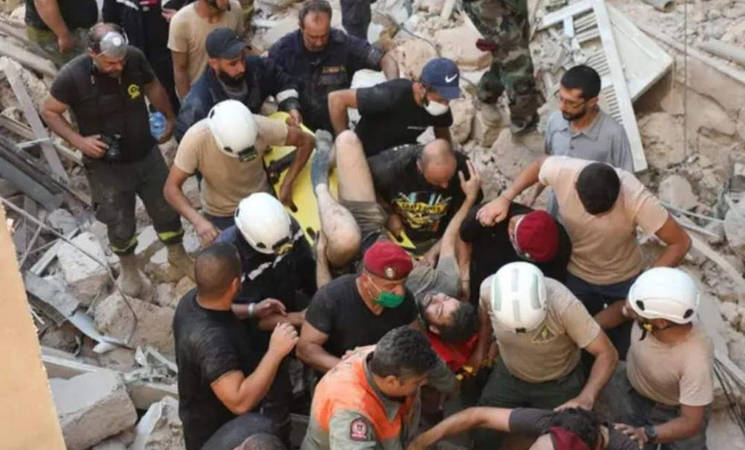 By: Tha’er Dabdoub, Head of the AMAN Medical Association in Burj Al-Barajneh camp

When the explosion occurred, I was in the camp. First, I checked on my family, neighbours, colleagues and people from the camp. The picture of what happened was not clear. Then we drove an ambulance from AMAN Medical Center to the Hotel-Dieu Hospital to receive the corpse of the Palestinian martyr Muhammad Dgheim, who died in the explosion, and transported it to the camp. Then we moved to the site of the explosion and participated in the search for the missing and treating the wounded with our colleagues in the Al-Shifa Medical Association.

Despite the pressures and difficulties we face as Palestine refugees in Lebanon, in terms of restrictions on the right to work, the law of ownership, among other things, we are brothers of the Lebanese people: their affliction is our affliction and their joy is our joy. Therefore, I felt that I must help and stand in support to these people, on whose land my people have lived since 1948. I can say that 80 per cent of the institutions and individuals from the Burj al-Barajneh and Shatila camps were in the field to help and support. My wish is that all the missing will be found and all the wounded will be healed, and that Beirut will return to be a "piece of sky", as Wadi’e Al-Safi, a popular Lebanese singer said.

Volunteers from the Palestinian Red Crescent Society - Haifa Hospital supported Lebanese rescue teams in their search and rescue for those wounded and missing at the Beirut port in the aftermath of the 4 August explosion.