Home » Newsroom » Features » Educate A Child: Bridging the education gaps for Palestine refugee children of Syria
Back to Newsroom

Educate A Child: Bridging the education gaps for Palestine refugee children of Syria 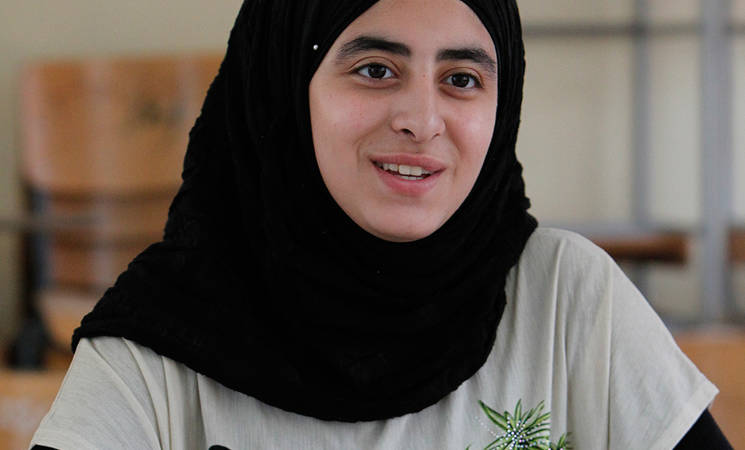 In its fifth year, the Syrian conflict has devastated the lives and livelihoods of millions of Syrians. Equally shattered are the lives of the 560,000 Palestine refugees who called Syria home.

The 67,000 Palestine refugee students enrolled in UNRWA (United Nations Relief and Works Agency) schools before the crisis have not been spared.  UNRWA was established in 1949 to carry out direct relief programmes for Palestine refugees displaced following the 1948 Arab-Israeli conflict.

UNRWA estimates over 80,000 Palestine refugees have fled Syria for Lebanon, Jordan and Gaza. Increasingly, the children affected by the Syrian crisis have been dropping out of school due to impoverishment and displacement.

Batoul and her surviving family members have moved seven times. Today, they live in Lebanon, where they fled to two years ago. “I kept on going to school every day until a mortar landed close to the school. My father and older brother both died. I lost them, my friends and the beautiful memories of my primary school in Sbeineh camp,” says Batoul.

Catching up on missed schooling can be daunting for students. “Moving from one shelter to another kept me from fitting in,” explains Batoul. To address the needs of conflict-affected children, UNRWA and Educate A Child entered a partnership to support over 50,000 refugee children, enrolling them into quality primary education programmes. With an EAC contribution of US$ 4.9 million, the Agency worked to reach out-of-school students like Batoul and help them return to school.

Since 2013, UNRWA has established a total of 15 safe learning spaces to enable children to return to school in Syria, Lebanon and Jordan, hiring and training 77 counsellors to provide psychosocial support and carry out recreational activities. The programme developed self-learning materials for out-of-school students and continues to provide support lessons both online and through UNRWA TV. EAC funding has also been used to purchase educational equipment to facilitate each of these interventions.

EAC support in Lebanon has succeeded in returning 9,000 students to 60 UNRWA schools scattered across Lebanon. Batoul is among one of these students. “I am registered… in Ein El Hilweh camp and I benefit from the tutoring and academic support,” she says. “I have caught up and I am now first in my class. I am part of the student body, a class leader, and I participate in all the recreational activities.”

Thanks to EAC funding and its partnership with UNRWA, students like Batoul can thrive once more. The principal at Batoul’s school, Nisreen Ayoub says: “This academic year was so rewarding; the refugee students from Syria are adjusting. They are calmer, happier and well integrated. We are proud of them and are happy to have them as new students.”

This is not only a source of pride for her teacher but also for Batoul’s mother: “Despite all the hardships we have been through, she remains diligent and we have big hopes for her. If Batoul is well educated, she will take care of herself… see the world and expand her horizons. I believe the only way to make her dreams come true is through education.”