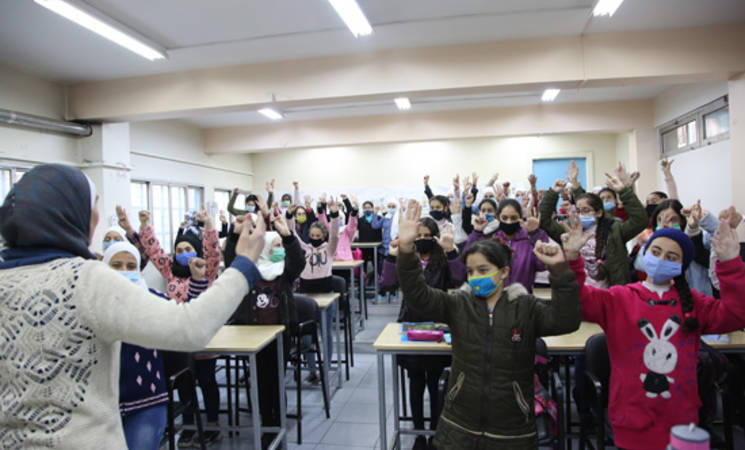 In Syria, the protracted conflict continues to have a great impact on the lives of Palestine refugees, particularly the most vulnerable. With almost 60 per cent of refugees displaced at least once since the beginning of the crisis, many children have lived with their whole lives without a sense of safety and security. Fleeing their homes with their families, many were forced to live in collective shelters, damaged homes, or with relatives in crowded dwellings.

Today, of the 438,000 Palestine refugees remaining in the country, it is estimated that 91 per cent of them live in absolute poverty. The consequences of these deteriorating living conditions are notably reflected on the wellbeing of thousands of children, who are already severely affected by conflict-related psychological trauma. One such consequence is an increased rate of school dropout.  Many children have to find work to help financially support their families. Others were forcibly married to alleviate some of the economic burden on their households.

Omar is a young student enrolled at the UNRWA Qisaria School.  Since the beginning of the crisis, he and his family have been displaced several times from their home in Hamouria, in rural Damascus. Omar describes the psychosocial support sessions he receives at school as a source of energy. The sessions involve a variety of activities which include group games, art and painting, “Psychosocial supporters always encourage and motivate us. They interact with us in a very uplifting way. Sometimes, they even offer us gifts!” he says, with enthusiasm.

Thanks to the work of UNRWA counsellors, Omar has been provided with the tools he needs to cope with various traumatic situations in a positive manner. He understands that dialogue should prevail over violence when facing a problem. From his young age, his motto in life has become, ‘say no to violence and yes to dialogue’. 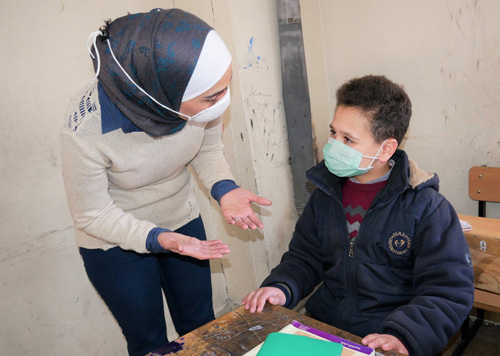 Lelaf is another Palestine refugee’s student from the UNRWA Qisaria School. For her, attending psychosocial support sessions is a source of relief, warmth and safety, “When the counsellor enters the class, I feel free as if a burden has been taken off my mind,” she says.

Lelaf used to be bullied by other students at school. She explains how psychosocial support helped her get through those difficult times, “I learned about the issues that many teenagers deal at this stage in life. I’ve also developed the mental tools to maximize self-control and avoid violent responses when I’m provoked or bullied.” Based on her own experiences, the help she received has been a source of strength, “I now know how useful psychosocial support can be when we suffer. Supporting others simply with words can be so impactful. Today, I feel stronger,” she highlights. 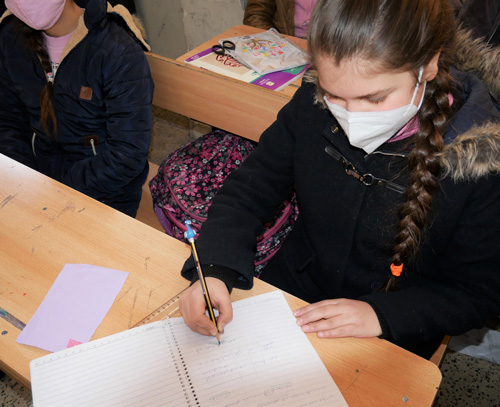 Having worked with UNRWA as school counsellor since 2013, Ghudran is one of the first staff members to join the school-based psychosocial support programme. Ghudran usually starts her session by greeting her students. She then introduces the activities of the day. While implementing those activities, she pays attention to the reactions and behaviors of her students. She uses this to identify those who may require individual counselling. The goal of the session is therefore twofold: communicating with every student and identifying their specific needs, “I can identify psychological indicators related to anxiety, stress, academic decline, shyness or fear through our sessions,” she explains.

She takes time to listen to students' comments without interjecting, in order to enable them to express their feelings freely. “Psychosocial support activities are all purposeful. They contribute to enhancing social skills and help students to adapt to the different environment around them,” she says.

Finally, Ghudran highlighted that these psychosocial sessions also constitute excellent opportunities to discuss topics that are not necessarily explored in other spaces, such as awareness raising on explosive remnants of war (ERWs), sexual harassment and gender-based violence. “We also conduct community activities that aim to improve our students’ relationships with their families and communities,” she adds. 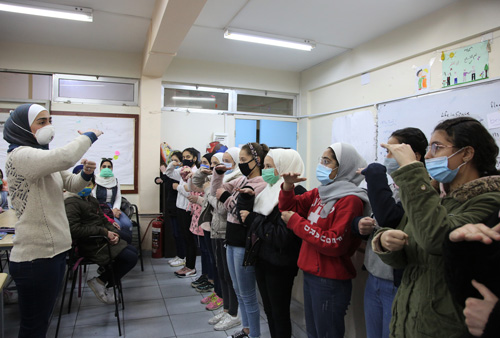 The Member States of the European Union have decided to link together their know-how, resources, and destinies. Together, they have built a zone of stability, democracy and sustainable development whilst maintaining cultural diversity, tolerance, and individual freedoms. The European Union is committed to sharing its achievements and its values with countries and peoples beyond its borders.