The Guardian Newspaper Report on Israeli Strikes on UNRWA Schools

UN-run schools acting as civilian shelters have been hit seven times during Israel’s Gaza offensive. We catalogue them in detail.

As the conflict in Gaza deepened, tens of thousands – and then hundreds of thousands – of Palestinians were forced out of their homes and into shelters operated by the United Nations. Dozens of UN-operated schools were converted for the purpose. Eventually, almost 270,000 internally displaced people were crowded into 90 shelters in Gaza.

In the last two weeks of the fighting before this week’s ceasefire, UN schools began to come under fire. Six schools in all were hit. Hundreds of Palestinians at the schools were wounded and at least 47 were killed. A disproportionate number of those hurt were children or women. Of the 485,000 internally displaced, many had sought shelter in the schools after being warned by the Israeli military to leave their homes.

Drawing on on-the-ground reports and statements by the United Nations and Israel Defense Forces, the Guardian has compiled a list of the UN school strikes and descriptions of the circumstances of each strike. The numbers of dead and wounded were gathered from Guardian reports, the United Nations, the Gaza Ministry of Health, the New York Times and the Palestinian Centre for Human Rights.

Reports from the scenes and other evidence indicate that the source of the fire in each case was Israeli, although in at least one case the Israeli military initially suggested that errant Hamas rocket fire was responsible. In multiple cases, the Israeli army said it was returning fire that had come from the vicinity of the schools. UNRWA, the UN Relief and Works Agency for Palestine refugees, said it had informed the Israeli military of the locations of the schools repeatedly, in one case 33 times.

The repeated strikes on the schools drew increasingly shocked responses from the United Nations and governments around the world. The UN secretary-general, Ban Ki-moon, called the last school strike, in Rafah on 3 August, a “moral outrage” and a “criminal act”. The White House said it was “extremely concerned that thousands of internally displaced Palestinians who have been called on by the Israeli military to evacuate their homes are not safe in UN-designated shelters in Gaza”.

“I can assure you unequivocally that the IDF does not target civilians,” the IDF spokesman Lt Col Peter Lerner said in an email to the Guardian. “Hamas chooses where these battles are conducted and, despite Israel’s best efforts to prevent civilian casualties, Hamas is ultimately responsible for the tragic loss of civilian life. Specifically in the case of UN facilities, it is important to note the repeated abuse of UN facilities by Hamas, namely with at least three cases of munitions storage within such facilities.

“All of these incidents are under review, as part of the thorough internal investigation the IDF is conducting.”

The UN secretary general on Wednesday called for a “swift investigation” into the attacks on UN facilities in Gaza. As fighting resumed on Friday, residents are returning to UN shelters. UNRWA says more than 220,000 people have registered in 89 shelters since the ceasefire ended.

We will update this article as further information comes to light.

Maghazi Prep School A & B

Sheltering: Approximately 1,000 internally displaced people prior to the first attack

What happened: At approximately 4.55pm, the school was struck by explosive ordnance “believed to have been fired by Israeli forces.” – UNRWA statement

Comment: “UNRWA condemns in the strongest possible terms the shelling of one of its schools in the central area of Gaza.” – UNRWA statement

Maghazi Prep School A & B

Sheltering: Approximately 1,000 internally displaced people prior to the first attack

What happened: At about 10.30am, as UNRWA officials at the school investigated the 21 July incident, “there was further shelling of the school, seriously endangering the lives of UN humanitarian workers and displaced civilians.” – UNRWA statement

Comment: “This is a serious violation of United Nations’ premises that could have had far-reaching human consequences.” – Pierre Krähenbühl, commissioner-general of UNRWA

What happened: the school was reportedly struck at 7.45am

Comment: “This is the second time in three days that an UNRWA school has taken a direct hit from Israeli shelling and we again condemn this in the strongest possible terms.” – UNRWA spokesman Chris Gunness

What happened: According to survivors, at about 2.50pm, as the playground was crowded with families waiting to be ferried to safety, one shell landed in the schoolyard, followed by several more rounds that hit the upper storeys of the building.

Comment: “Today’s attack underscores the imperative for the killing to stop and to stop now.” – UN secretary-general Ban Ki-moon

IDF comment: The Israeli military first claimed, in a text sent to journalists, that the school could have been hit by Hamas missiles that fell short, reported the Guardian’s Peter Beaumont.

IDF spokesman Lieutenant Colonel Peter Lerner later said in an email to the Guardian: “In the matter of the Beit Hanoun school, the IDF encountered heavy fire in vicinity of the school, including anti-tank missile. We later determined that an errant mortar did indeed land in the empty courtyard of the school, backing this up with video evidence.”

Additional: The Guardian’s Peter Beaumont reported from the scene: “There was no visible evidence of debris from broken Palestinian rockets in the school. The injuries and the number of fatalities were consistent with a powerful explosion that sent shrapnel tearing through the air, in some cases causing traumatic amputations. The surrounding neighbourhood bore evidence of multiple Israeli attacks, including smoke from numerous artillery rounds and air strikes. One building was entirely engulfed by flames.”

What happened: the school was reportedly struck

Jabaliya Elementary Girls School A & B

Wounded: more than 100, including women and children

What happened: School in Jabaliya refugee camp was hit by five shells during a night of relentless bombardment across Gaza.

“Nothing is more shameful than attacking sleeping children. I condemn this attack in the strongest possible terms.” – UN secretary-general Ban Ki-moon

“The shelling of a UN facility, that is housing innocent civilians who are fleeing violence, is totally unacceptable and totally indefensible.” – White House spokesman Josh Earnest

IDF Comment: “Regarding the UNRWA facility in Jabaliya, we have determined that an exchange of fire, including mortar fire, did indeed take place in the vicinity of the school.”

Damage “likely to have come from heavy artillery not designed for precision use … [the IDF] provided no evidence of [militant] activity and no explanation for the strike beyond saying that Palestinian militants were firing about 200 yards away.” – New York Times investigation.

What happened: A projectile struck the ground 8-10 metres from open school gates at about 10.50am. Witnesses at the scene less than an hour after the explosion claimed it had been fired from one of the many unmanned Israeli drones. UN officials in Gaza described a “shelling incident” or an air strike.

“The attack is yet another gross violation of international humanitarian law, which clearly requires protection by both parties of Palestinian civilians, UN staff and UN premises, among other civilian facilities. United Nations shelters must be safe zones not combat zones. The Israel Defence Forces have been repeatedly informed of the location of these sites. This attack, along with other breaches of international law, must be swiftly investigated and those responsible held accountable. It is a moral outrage and a criminal act.” – UN secretary-general Ban Ki-moon

IDF comment: “In the Rafah School incident, the IDF targeted three Palestinian Islamic Jihad militants on a motorbike outside of the school. The targeted strike did indeed neutralise the militants on the targeted motorbike.” 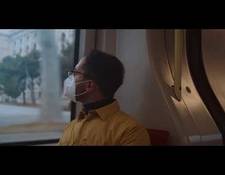