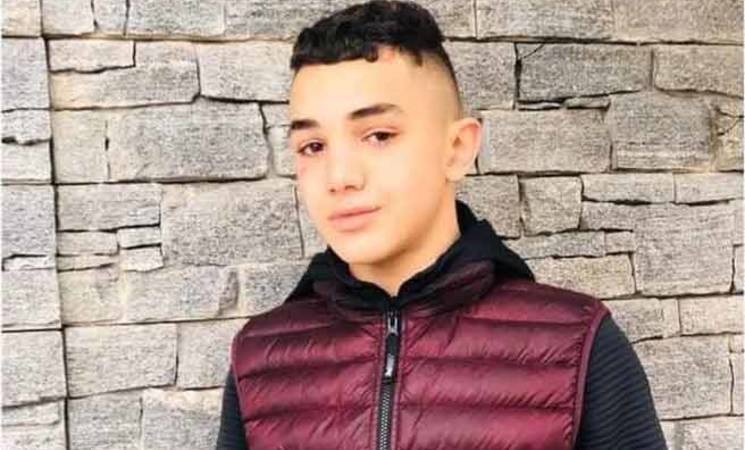 Amal Muamar Nakhleh, who has just turned 18 years old, is a Palestine refugee from Jalazone camp near Ramallah. Amal spent the last year of his childhood in Israeli administrative detention – imprisonment without charge or trial. Access to visit Amal in prison and updates on his health situation remain very limited. Three days prior to his 18th birthday, Israeli authorities renewed Amal’s administrative detention for a third time – to 18 May 2022. Amal suffers from a rare and serious autoimmune disease and requires close medical monitoring,. He contracted COVID-19 during a virus outbreak in the prison in late January, which put him in grave medical risk. Unfortunately, he has been unable to receive the medical care he needs. UNRWA engages in advocacy work on behalf of Palestine refugees, like Amal, throughout the West Bank, including East Jerusalem.

Amal is one of many Palestinian children detained by Israeli Security Forces (ISF), but one of the few subject to administrative detention – a method of imprisonment where the detainee is not charged with any offense and the evidence against him or her is kept secret. Amal has been subject to multiple extensions of his administrative detention without being provided with any justification other than a one-line general statement that he poses “a danger to the security of the area”. Amal was 16 years old when he was first detained in November 2020 and spent 40 days in prison. He was arrested again and placed in administrative detention in January 2021. This administrative detention has been extended three times, in May 2021, September 2021 and most recently (just in time for Amal’s 18th birthday) in January 2022. Amal spent the final year of childhood and now his first months of adulthood behind bars.

Amal suffers from myasthenia gravis, a rare autoimmune disease which causes difficulties in breathing and swallowing. The disease requires regular medical attention and medication. His father and doctors have expressed concern about the lack of adequate medical follow-up. His medication was recently changed without the appropriate blood tests needed for such an adjustment. Treatment for Amal’s medical condition has left him with a weakened immune system and, consequently, has not been able to take the COVID-19 vaccine. This put him at increased risk of COVID-19 infection. His doctors have stated that the heightened stress caused by imprisonment and the added risk of exposure to COVID-19 in an institutional setting is putting Amal in a life-threatening situation.

After turning 18 on 16 January 2022, Amal was transferred to the adult section of the Israeli Ofer Prison, outside of the West Bank city of Ramallah. An outbreak of COVID-19 occurred in the prison eight days after he was transferred and Amal subsequently contracted the virus. Amal’s doctors warned that COVID-19 infection has the potential to aggravate his underlying health condition and lead to respiratory infection, which would place Amal’s health and life at serious risk.  It was subsequently reported that Amal was transferred from Ofer Prison to Ramleh Prison Hospital on 26 January. Physicians for Human Rights in Israel stated on Twitter that Amal’s condition requires urgent care not available in prison facilities. UNRWA, UNICEF and OHCHR have called for Amal’s immediate release and UNRWA has made specific bi-lateral appeals to Israeli authorities requesting Amal’s immediate release on urgent humanitarian grounds.

Fortunately, Amal’s father, who has only recently been able to contact him, reports that Amal has recovered from his COVID-19 infection and is currently in stable condition. His overall health situation, however, remains precarious.

Under international humanitarian law, an occupying power may only administratively detain a person for immediate justified security needs and for short periods. Despite Israel’s legal obligations as an occupying power, Amal has remained in Israeli prisons for more than one year under the cloak of secrecy and without charge. Concerns are raised that this constitutes arbitrary detention and is coupled with violation of Amal’s human rights as a minor under detention until January 2021 and as a prisoner with serious medical vulnerabilities throughout his arrest.

Amal’s story illustrates how the detention of a child under military occupation reverberates in the lives of those closest to them and the emotional scars it leaves. 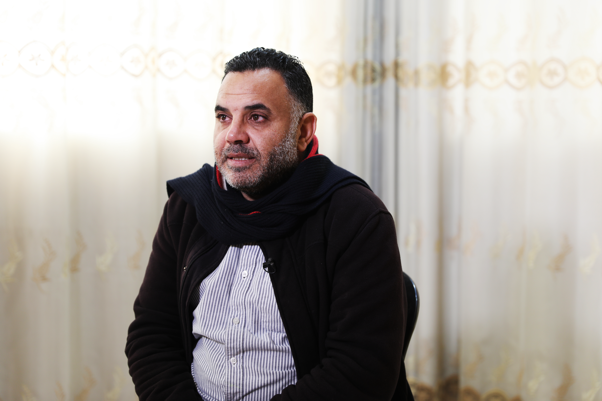 “In 2003, when his mum went into labour with Amal, she was only six months into the pregnancy. In the hospital they told me, “Muamar, be strong.” Two or three hours after his birth, they said a case like Amal’s usually means he will not survive. At that moment they asked me to give a name for his birth certificate. I told them I want his name to be Amal which means hope, so every time I mention him we have hope.

They arrested Amal while he was at high school and he misses school. Through our coordination with the Red Cross and human rights organizations, we succeeded to get Amal access to exams while in prison. We are so happy and proud that Amal graduated high school. Hopefully, when he is free, he will be a student at Birzeit University. All the time we tell him that Birzeit is awaiting him.” 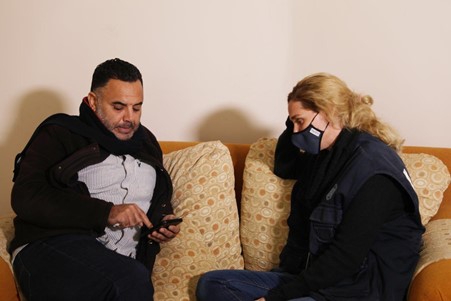 Since Amal’s initial detention in 2020, UNRWA Protection and Neutrality (PN) teams have worked alongside Amal’s family, to advocate on his behalf. UNRWA teams have led several protection interventions calling for his release and seeking assurances of medical attention while he is in detention. These efforts, some of which were coordinated with other UN agencies, entailed direct bilateral communications with duty bearers, including the ISF.

“Amal’s situation is one that no-one should have to endure - a child when he was first detained, now a young man with a severe health condition, imprisoned for the last year of his childhood and beyond without being charged, or even knowing the evidence against him. The Agency’s protection work can help Amal’s case, and those like his get the attention needed to be resolved. We cannot imagine the pain of a family seeing their sick son arrested, for no reason, imprisoned in a place that exposes him to life-threatening danger. Our work can provide a chance for his life-threatening situation to get noticed, both locally and internationally – all in the hope that this will influence a positive outcome for Amal and those like him,” said Helena Manrique Charro, UNRWA Protection & Neutrality Officer. 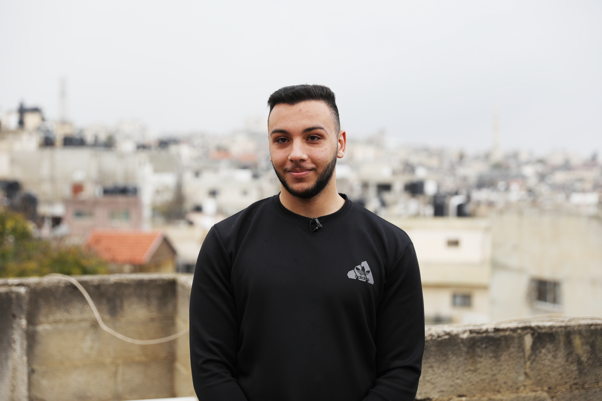 “When I first heard the news of his arrest, I was very surprised. Amal has a lot of hobbies - like play football or swimming or many [other] things and none of them are supposed to put him in prison. This is why I was surprised… I  can’t think of anything that he would do that would make them arrest him.” 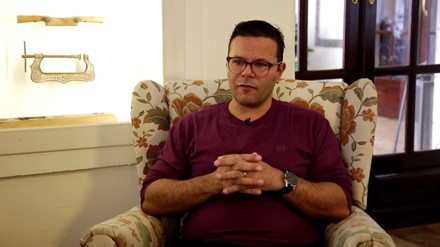 “Amal suffers from myasthenia gravis - a neuromuscular disorder that can cause weakness in several organs in the body, difficulties in vision, swallowing…and can make it extremely difficult even to breathe. Patients who suffe myasthenia gravis need very close follow up by a neurologist. They need to have their medication adjusted all the time and also need close follow up of an oncologist if they have the thymoma,” said Dr. Abu Akar.

It is not enough to be followed up with by a general practitioner, or family doctor… they need to adjust their medication frequently. Only well-trained neurologists know how to do this. If he doesn’t take the exact dose of medication condition with myasthenia can deterioriate and even reach a situation where mechanical ventilation is needed to breathe.

He also is taking inmunodepressive medication. This adds complexity to his situation. It is very dangerous to keep Amal in a crowded place like prison, with comprimised hygiene standards increasing the likelihood of infections. He is more vulnerable [than others] to infections and more complications. If he is infected and his immune system is not working well, [the consequences] can be very severe for him. Amal’s health is under serious risk.” 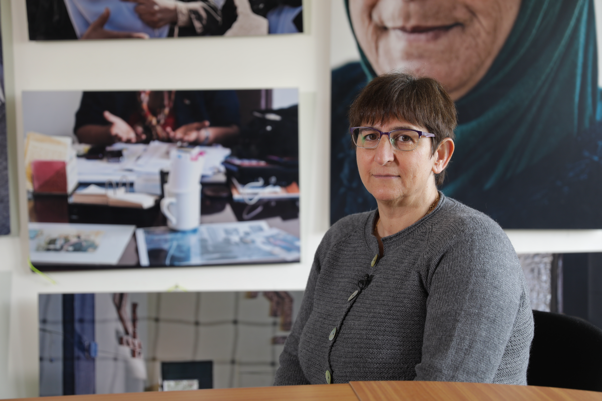 “As a lawyer, administrative detention is the opposite of law and justice. You stand in a military court, before a military judge in an ISF uniform, not knowing the nature of the charges or the reason of detention, to represent a young boy and protect him from life-threatening detention. The entire file against him is secret. When I try to cross-examine the Israeli intelligence officer on the reasons to justify Amal’s continued detention, the usual response with an accompanying overconfident grin is “it’s secret” - basically Amal lives under the continuous fear of not knowing why or for how long he’ll be in detention, and this entails constant anxiety and distress.”

Syria8: Eight years, eight stories, Fatema
More than half a million Palestine refugee children go back to UNRWA schools
About UNRWA
how does she cope? women pushed to new limits in the gaza strip
west bank palestine refugee injuries & fatalities 2017 in and around camps