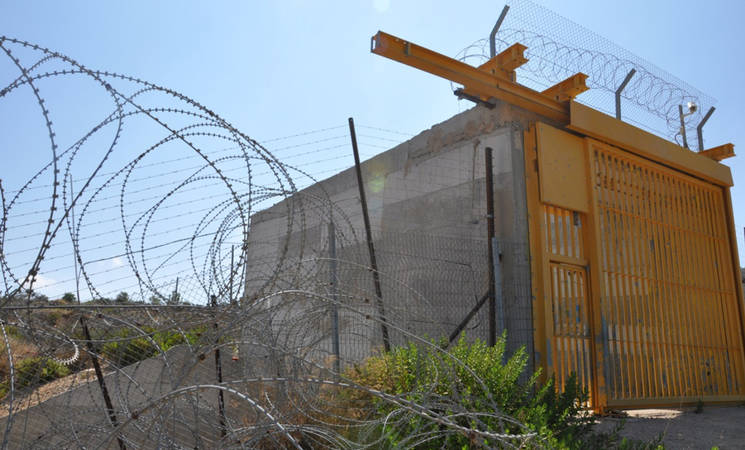 In 2013, 9 July is the ninth anniversary of the International Court of Justice’s (ICJ) Advisory Opinion on the Legal Consequences of the Construction of a Wall in the Occupied Palestinian Territory. In its landmark opinion, the ICJ found that Israel is obligated to cease the construction of the wall in the occupied Palestinian territory (oPt), including East Jerusalem; dismantle the structure therein situated; rescind all legislative and regulatory acts relating to the wall; and make reparations for all damage caused by the construction of the wall (para. 163).

To mark the anniversary, UNRWA has chosen to tell the stories of two Palestine refugee families. One lives in the village of Qatanna, northwest of Jerusalem, where construction of the Barrier was completed in 2009. The other lives in Al Walaja, where the Barrier is under construction. These families are both experiencing dispossession and compromised freedom of movement. Their stories highlight the day-to-day impact on Palestinians of Israel’s ongoing refusal to comply with the ICJ ruling.

The Nijim family has lived in their home on the outskirts of the village of Qatanna since 1967. Qatanna is one of the eight Palestinian villages comprising the ‘Biddu enclave’ in the oPt and surrounded to the north, east and west by the Barrier. Following the construction of the Barrier, the Nijim family found itself located on the ‘Israeli side’ of the Barrier, encircled on three sides and isolated from the rest of the village, and living in the “Seam Zone”. The ‘Seam Zone’ refers to West bank territory that is located between the 1949 Armistice Line (or “Green Line”) and the Barrier. Because they live in the Seam Zone, every member of the Nijim family is required to obtain permits from the Israeli authorities in order to reside in their own home.

In 2009, the Israeli authorities built an ‘enclosed,’ gated concrete bridge over the Barrier’s patrol road to allow the family access to the ‘West Bank side’ of the Barrier. Until 2011, the Nijim family held the key to the gate that locked them onto their property. However, that year, without any warning, the authorities replaced the lock with an electronic surveillance system, complete with five video cameras and an intercom system. Now, every entry and exit from the Nijim property is controlled remotely by the Israeli Border Police. On many occasions, the family is stuck waiting for hours for the Border Police to open the gate.

The isolation of the Nijim family has had significant impact on their daily lives. Because access to their home is prohibited by the Israeli authorities to anyone other than the 18 primary inhabitants, they are not able to celebrate even the most important of events, such as family weddings, in their home. With the holy month of Ramadan approaching, the family will once again be unable to host guests. Furthermore, their ability to come and go depends on the whims of the remote operators of the electronic gate that controls access to their home. In light of the access constraints, when the press team tried to interview the family, it could only do so by phone.

“We will remain here and keep fighting through the difficulties we face until the end,” asserts Mr Nijim when asked how much longer he believes he can live through these restrictions on his family’s movement. “My home has become a group prison for me and my family, but we are not going anywhere.”

The story of Omar Hajajeh of Al Walaja, a village between Jerusalem and Bethlehem, adds a counterpoint to that of the Nijim family in Qatanna. Mr Hajajeh, his wife and their three children are living in a house located along the route of the Barrier. Once the construction of the Barrier has been completed, the Hajajehs’ house will be completely isolated from Al Walaja. The only access point for the family between their home and the village will be through the tunnel built under the Barrier by the Israeli authorities.

The family has recently been told that a gate will be constructed to allow them access to their home. Mr Hajajeh fears that the introduction of a gate will further diminish his freedom of movement and increase his isolation from his ancestral lands. As with the Nijim family, access to and from the house will be completely in the control of the Israeli authorities. Once the construction of the gate is complete, the family’s guests will have to coordinate their visit with the Israeli authorities some 12 hours in advance of their arrival. Furthermore, no one other than the primary inhabitants of the Hajajeh house will be allowed by the Israeli authorities to stay in their household overnight.

Although construction of the Barrier was halted for several months, work resumed from April 2010 until early 2013 on the eastern, northern and western sides of Al Walaja. The Barrier is now in its final stages of construction.

As the occupying power, Israel must take all measures to fulfill its obligations under international law, including: comply with the findings of the ICJ Advisory Opinion, namely cease the construction of the wall in the oPt, including East Jerusalem; dismantle the structure therein situated; rescind all legislative and regulatory acts relating to the wall; and make reparations for all damage caused by the construction of the wall.

For more information on Al Walaja and Biddu, please read the communities’ mini-profiles.

The electronically and remotely controlled bridge with gate looms large. (2013)

Mr Nijim’s grandchildren are deprived of freedom of movement. Every time they would like to leave their property to play with children from the village, their exit must be approved by the remote gate controllers. Their parents worry for their safety, and each child is required to carry a mobile phone for security reasons when going out to play.

Mr Nijim negotiating with Israeli security to open the gate. (2013)

Omar Hajajeh observing construction of the tunnel that will be the only access point between his home and the village of Al Walaja. (2010, photo credit Alaa Ghosheh)