Home » Newsroom » Features » Meet Refugee “No. 43”
Back to Newsroom 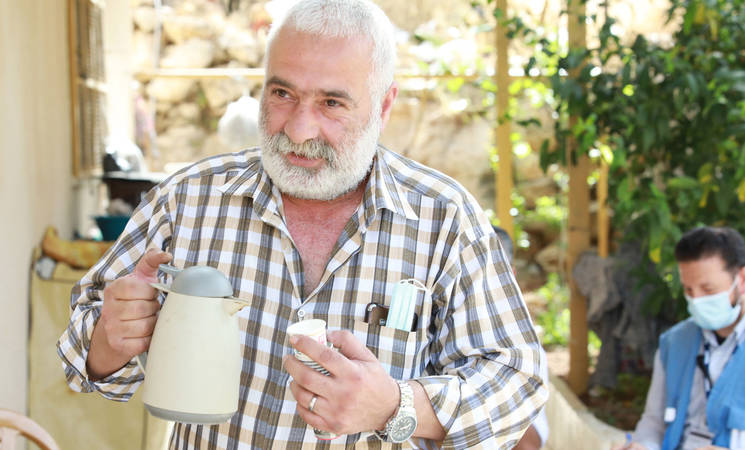 The story of Palestine refugees in Wadi al-Hussein

“My name is Husni Abd al-Hai Matariyyeh Abu S’eifan - number 43.” This is how Husni, known as Abu al-Abed,  introduced himself to the visiting UNRWA delegation as he welcomed us into his home, which is located in the neighborhood of Wadi al-Hussein, in the area known as H2, in the southern West Bank city of Hebron

Hebron, Palestine’s second largest city, is divided between Palestinian Authority-controlled H1, home to 200,000 Palestinians, and Israeli-controlled H2, which includes expanding Israeli settlement compounds, including Kirya Arba, and some 33,000 Palestinians.  There are 10 Palestine refugee families registered with UNRWA living in Wadi al-Hussein, including Abu al-Abed’s family and his cousins and their families.

Although Abu al-Abed welcomed the UNRWA delegation with a large smile, his eyes were full of pain. Explaining his family’s situation, he pointed out his home’s proximity to the wall of the adjacent Israeli settlement of Kiryat Arba and began to describe the persistent harassment, violence and abuse they are subjected to from settlers and Israeli Security Forces (ISF) personnel. 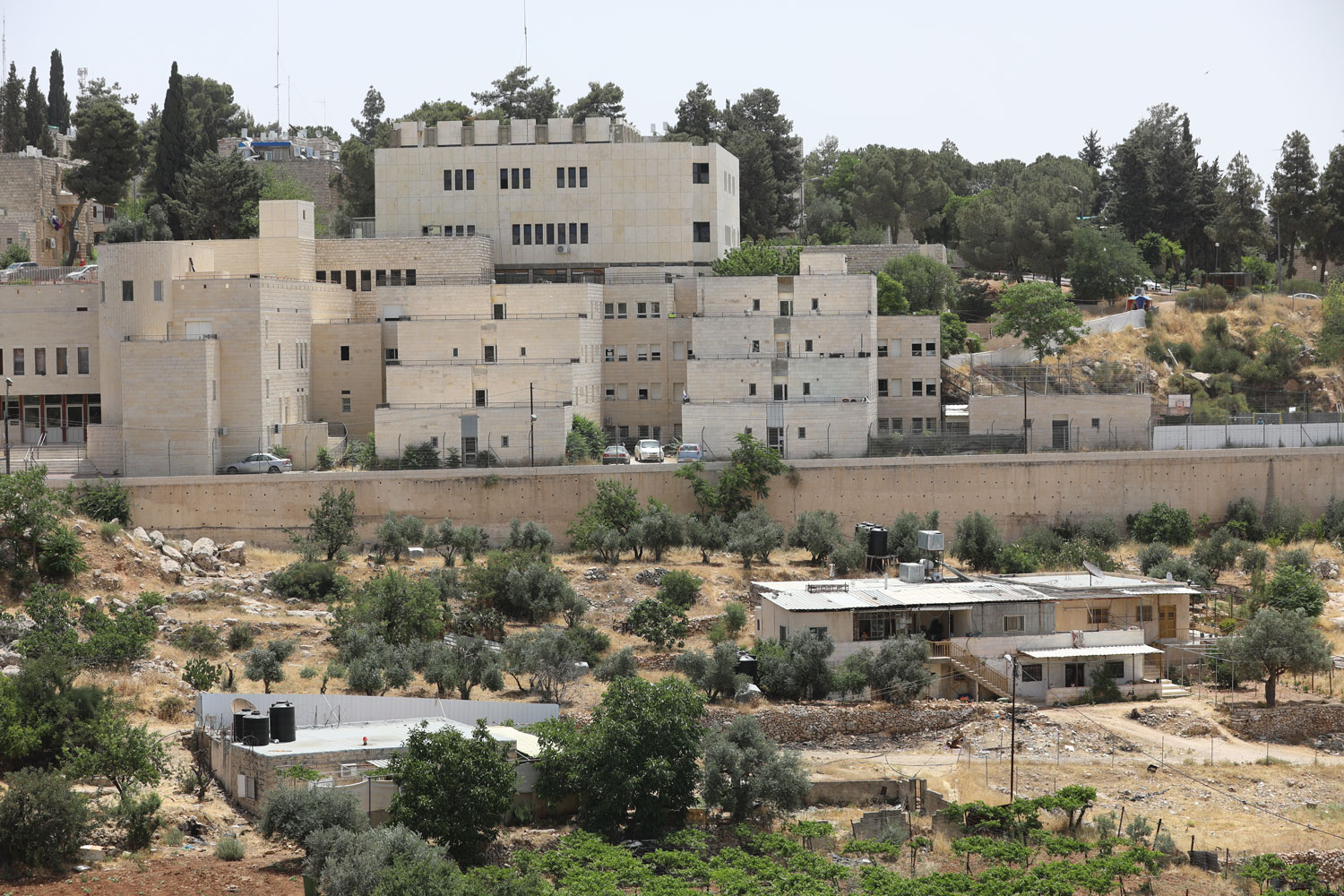 Last month, on 21 May 2021, around 20 settlers, some of whom were armed, invaded the Wadi al-Hussein community. Escorted by ISF soldiers, the settlers fired shots while walking between homes. Some entered the home of Abu al-Abed’s extended family, pepper-sprayed him in the face and hurled a stone at his chest. This attack was documented by the Israeli human rights NGO B’tselem.

In addition to direct settler violence, the suffering of Abu al-Abed and his family is exacerbated by the myriad of movement and access restrictions imposed on Palestinians living in Wadi al-Hussein and elsewhere in H2 by Israeli authorities. Palestinian residents must pass through Israeli-controlled check-points to reach their homes and to access essential services, including health and education, outside of Wadi al-Hussein. Abu al-Abed and his Palestinian neighbors have all been assigned numbers to use in order to pass through these checkpoints.  “The name is insignificant: the important thing is that you tell the soldier your number first so that you can reach your home," explains Abu al-Abed.

In Wadi al-Hussein, the 10 refugee families urgently need support and protection to live in dignity and peace and to ensure they can access essential services. Residents need a cart to move heavy cooking gas cylinders from the checkpoint to their homes as use of vehicles is forbidden. They need support to negotiate the long, tedious coordination process required to allow an ambulance to enter the neighborhood, including to transport their mother, Hajjah Rabeeha, in her 70s, who suffers from hypertension, diabetes and cardiomyopathy, or a woman in labour, to hospital. One striking example of the lack of access to transportation is watching Jamal’s daughter (one of Abu al-Abed’s cousins) on her wedding day walking the 700 meter walk in her beautiful white gown. The families need to feel safe in their homes from stones and tear-gas canisters thrown by settlers. Instead, they need to cover their windows, walkways and gardens with wire mesh and fencing to protect their assets from damage and their children from injury.

Another concern in the area is the frequent power outages, which mean that the surveillance cameras installed in every corner of their yard stop working. These are one of few remaining deterrents available to the families to prevent settlers from entering their homes. The surveillance cameras were set up after settlers from Kiryat Arba broke into the house of Abu al-Abed on 4 December 2008, setting it on fire and then opening fire on the family, injuring Abu al-Abed, his father and nephew. During this incident, ambulances were prevented from reaching the injured for more than two hours. In the years since their installation, these cameras have documented countless examples of the harassment and violence these families face.

Since May of this year, the rate of recorded violence by Israeli settlers and Israeli security forces perpetrated against Palestinians has risen remarkably. So far this year, 873 cases of settler violence were recorded in the West Bank, including 280 cases in May alone, resulting in 153 injuries among Palestinians. Abu al-Abed’s family and his neighbors in Wadi al-Hussain are most in need of protection from this escalating violence.

Abu al-Abed confirmed that the presence of monitors from the Temporary International Presence in Hebron (TIPH) had formerly provided their family with some degree of protection from violence before Israel ended the mission in 2019. However, Abu al-Abed stresses that, after the Israeli Government's closure of TIPH in early 2019, “the situation worsened a lot and we are now paying the price for any security incident or escalation, regardless of where it happened.” During the recent conflict in Gaza in May, for example, the settlers’ harassment increased considerably and the amount of stones thrown at the family increased daily.

Before the delegation’s departure, the families underscored their most pressing need among the many shared during the visit: "We need to feel that we are not forgotten”.

After more than 70 years, Husni, his family and his community, continue to face daily violence, and remain at risk of further forcible transfer. This will continue until there is a just, sustainable and comprehensive solution for Palestine refugees.