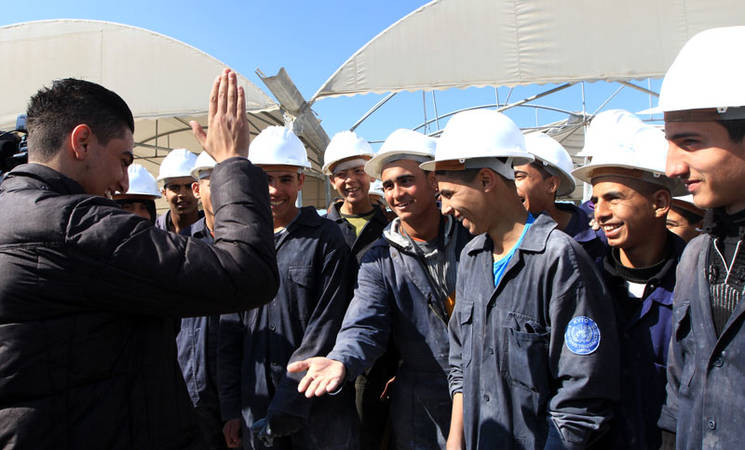 UNRWA Goodwill Ambassador Mohammed Assaf visited a number UNRWA operations in Khan Younis, in the southern Gaza Strip, including an elementary school, where he took a seat at a desk with the other students. He spent some time at the UNRWA training centre in Khan Younis, where he spoke to students and encouraged them to study and work hard, like he did, so they can overcome the difficult circumstances they live in and achieve the success they desire. At the training centre, Mohammed Assaf praised the work that UNRWA does and its services for Palestine refugees, especially in the field of education. Later, he stopped by the UNRWA health centre for a quick check-up.

Assaf was accompanied on his visit by a number of officials, including Director of UNRWA Operations in Gaza Robert Turner. Mr. Turner also praised the Agency’s work, which aims to support young people and help them find an opportunity to work and achieve their goals, like former UNRWA student Mohammad Assaf himself.