Home » Newsroom » Features » My story, my voice and my choices: Samira’s tale of success against all odds
Back to Newsroom

My story, my voice and my choices: Samira’s tale of success against all odds 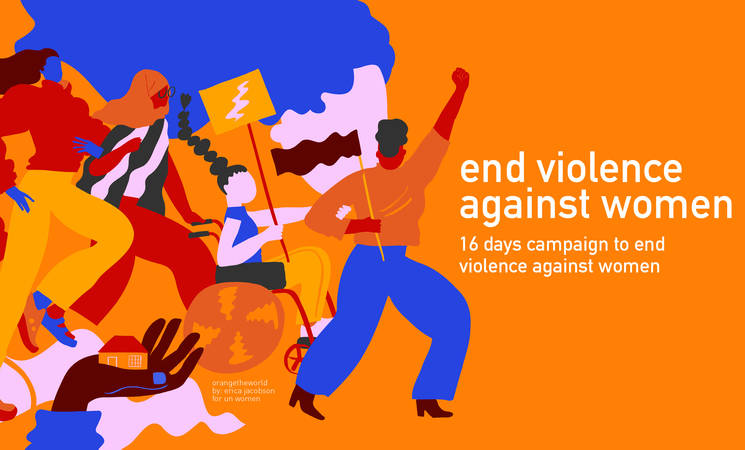 This year, the international 16-Days Campaign to end gender-based violence (GBV) is launching under the theme: End all violence against women now! Women all around the world are asking for their right to live in dignity, free of physical, mental or verbal gender-based violence. Under the guidance of UN Women, UNRWA is proud to echo this call through our empowerment programming across the Agency’s five fields of operation across the Middle East. One story of a GBV survivor is that of Samira, a Palestine refugee living in the Irbid area of Jordan.

“I have dreams like all women and girls,” says Samira. “My dream when I was a child was to become a doctor to treat people’s pain, but that dream collapsed when I turned eighteen. I woke up on Thursday, 2 September 1990 to my mother’s words, which came down like a thunderbolt. ‘Wake up’, she said. ‘Today is your sister's katab al ketab (solemnization of marriage).’ My brother asked, ‘Which sister?’ To which my mother responded, ‘Samira!’” Samira recounts. The news sent her into a state of panic. “Everyone knew about my ambitions. What would I be able to achieve after marriage? I tried to refuse to marry, but the contract had already been written. My mother, father and grandmother all pressured me into it. This was all even though I have a sister who is four years older than I and another sister who is a year younger and who didn’t want to pursue her studies.”

Even though Samira went ahead with the engagement, she managed to obtain a secondary education certificate. She even managed to rank number two in her graduating class. Her celebrations were cut short because her wedding party was scheduled in the same week as the announcement of her results. “I tried my best to stop the marriage and secure my freedom, but I wasn’t able to pressure my family, and my fiancé wouldn’t leave me,” she recalls.

Just two weeks after her wedding, Samira was accepted to Yarmouk University. She used her dowry to register. Because her husband made only JD 100 per month, she had to self-finance her education. Her husband tried to use this as a deterrent. However, Samira was a dedicated student and she went on a hunger strike while pregnant to prove a point. Sure enough, with determination, Samira was able to fund her education through four loans.  Her university professors and classmates celebrated her for managing to graduate while raising three children.

“After graduating in 1995, I wasn’t hired immediately. Instead, I helped my husband by selling homemade desserts,” said Samira. She also worked as a teacher for children in the neighborhood.  This community service earned her a meeting with the mayor of the village of Harta. He went on to appoint her a member of the village Municipal Council, an assignment from Her Highness Princess Basma, the President of the Jordanian Women's Union.

“My family found this to be contentious, but I didn’t pay attention and proceeded with the appointment. I was the first woman to assume the position and happened to also be the youngest council member.  Fast forward to 2001 and I was hired as a social studies teacher at the Wadi Al-Rayan School,” says Samira.

Samira’s fortunes took a turn for the worse however when she, her husband and their daughter were involved in a serious traffic accident. Her husband passed away a year later from a complication from the accident. Since his family had signed a waiver after the accident, Samira had no legal recourse for compensation. Her relationship with them deteriorated further, escalating to the point where Samira’s family asked her to leave her children with his family and return home. “I refused and together with my kids, we patiently endured. I supported my sons and daughters. I faced violent clashes from in-laws. They tried to stop me from working, every day I would be issued a threat. Every day I would hear harsh words. Every day my children would be bullied,” Samira recalls about this painful period in her life.

Turning her experience of GBV into action, Samira went on to be a GBV focal point in Jerash and Souf camp. She was soon promoted to lead GBV focal point in Irbid camp and Husn Palestine refugee camps. “I received extensive training on responding to GBV in accordance with UNRWA policies and regulations and have trained male and female colleagues on this. I’ve also became a liaison officer for a psychosocial support project serving the whole Irbid educational district! This is my story, my voice, and my choices,” Samira highlights.

Gender-based violence is the most pervasive human rights violation, but it is neither natural nor inevitable. It can and must be prevented. UNRWA provides assistance to thousands of GBV survivors every year within Palestine refugee communities and actively works and engages communities, hosting countries, service providers and women and girls themselves on preventing GBV. The #16Days of Activism against GBV remind us that the time to #EndViolenceAgainstWomen is always now! 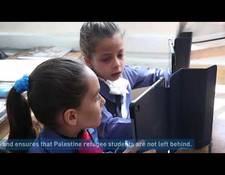