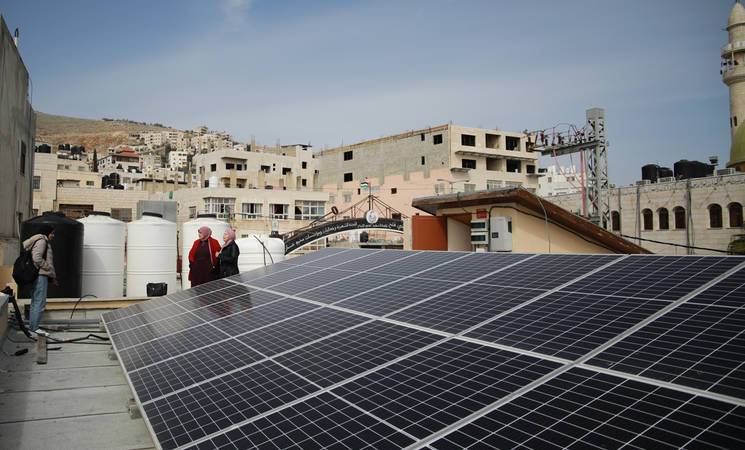 “It was the first time that an initiative like this was introduced and the process to establish the solar cells took almost two years!” said Wahiba Saleh, the Head of the Administrative Board of the Askar Women Programme Centre. The installation of solar panels to the roof of the center is a story of success story against the odds and a resounding example of how Palestine refugee women have championed sustainability and gender equality. 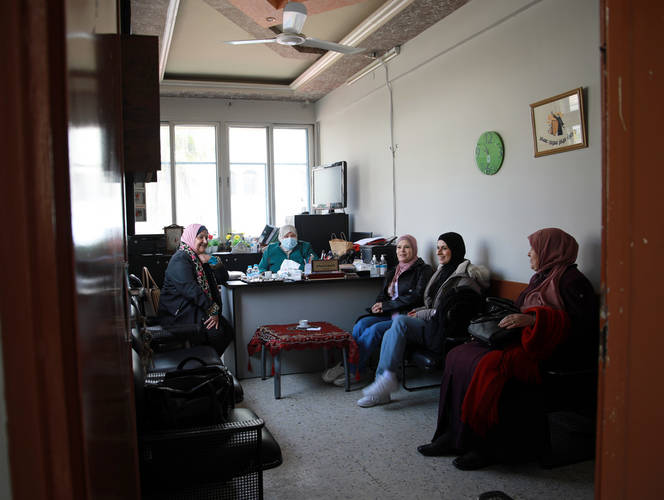 The group gather in the Askar Women's Programme Centre, in Askar refugee camp in the occupied West Bank. © 2022 UNRWA photo by Lucrezia Vittori

Established in 1967, the Askar Women Programme Centre has been continuously run by the Palestine refugee women of the camp for more than fifty years. Focused on economically empowering the Camp’s female residents, the centre harnessed technological advances to cultivate climate awareness and cost operating costs! In 2018, the Centre won a US$ 20,000 grant from GROW, a Canadian non-governmental organization for the installation of solar panels. The awarding of the grant was not met with widespread acceptance and the Centre had to work hard to convince the local electricity company to allow electricity input from this sustainable source after initial rejections.

The Centre eventually reached an agreement that they would use the power generated by the solar panels to cover the electricity its needs and send surplus energy back to the electricity company as a way of settling outstanding debts. Thanks to the initiative, the Centre has managed to pay off its debts, which currently to NIS 260,000. The initiative is not only sustainable and beneficial for the environment, it also helps cut on the Centre’s operating costs.

Today, the Centre not only provides a kindergarten for 95 children, it includes a production kitchen, beauty salon, facilities tailored for persons with disabilities and training rooms for educational sessions.  The Centre also works with various partner organizations to provide support and aid to underprivileged families in the camp, conducts training to equip unemployed Palestine refugee women with sought after skills and events targeted for persons with disabilities and the elderly.

The sustainability of Askar Women Programme Centre has also been made possible with support from UNRWA. “Without the Agency’s support, we wouldn’t have been able to secure the [solar panel] project,” Wahiba highlighted. “Through facilitating the procedures of ownership transfer and helping us to get the papers and documents needed, UNRWA helped us receive funding for our project.”

“UNRWA has also supported us with trainings on financial management and proposals writing. Of course, we will not forget its moral support for us,” Saleh added. “We also hope that UNRWA will help us to find new supporters for our unique projects.”

The Agency’s support to the Centre is not solely limited to this project but to its overall work. Samah Abu Abdo, Head of the Finance Department and the Gender Unit at the Centre said, “UNRWA is considered a strategic and a key partner and its support for our work never stopped.” According to Samah, the Agency funded the establishment of the Centre’s Gender Unit, through which they work to rehabilitate refugee women exposed to domestic violence, in coordination with UNRWA social workers. The Agency has also provided the Centre with financial support, funding the needs of its kindergarten and various Centre events and activities. 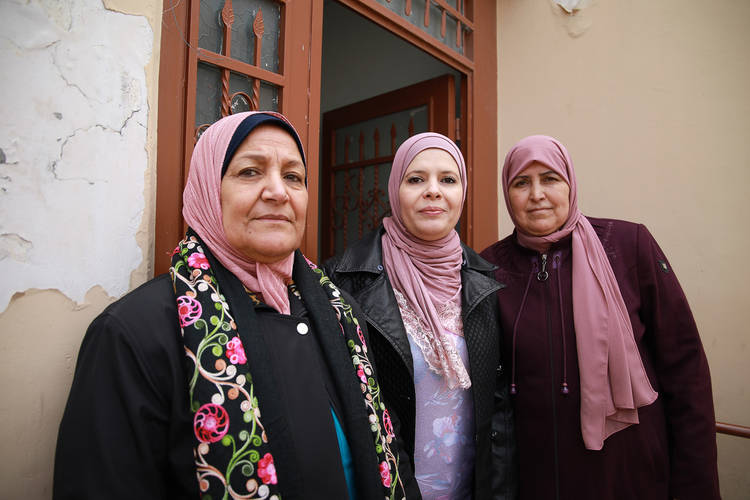 “We, as women, are proud that we succeeded to establish the first-ever [solar panel] cells in West Bank camps. By doing so, we highlight the role of women as active members of society and as contributors to environmental sustainability,” Wahiba noted with pride.