Home » Newsroom » Features » Parenthood In War: One Father’s Ongoing Struggle to Support his Family
Back to Newsroom

Parenthood In War: One Father’s Ongoing Struggle to Support his Family 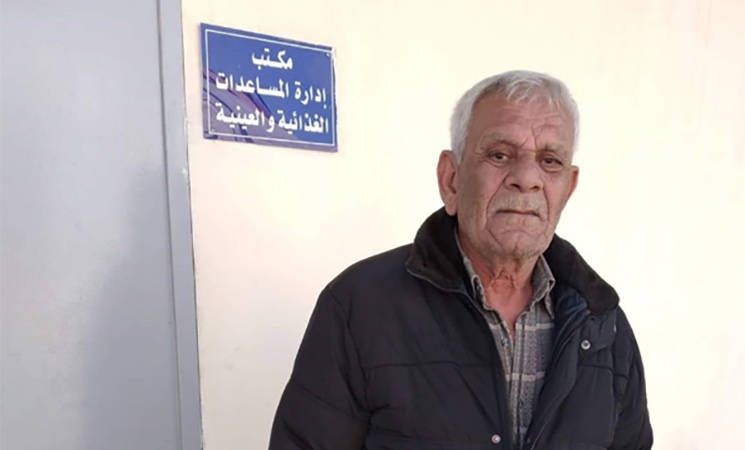 Ismaeel Abbas, a 61-year-old Palestine refugee from rural Damascus, never imagined his senior years would be filled with hardship. When active hostilities raged near his area of residence, Ismaeel and his family of four fled from their damaged home. The conflict’s repercussions did not stop there. In the last few years, Ismaeel’s son-in-law lost his life, while Ismaeel’s eldest son, Ahmad, currently lives with a physical disability. Ismaeel is now the sole breadwinner for his widowed daughter and her family of seven.

The burden of supporting a large number of family members, medical fees and expensive housing have slowly incapacitated Ismaeel financially. He has not been able to pay rent on his house, and the family had to move back to their conflict-ravaged home.

“I couldn’t keep up with the high rental cost. I had to go back to my house even though its structure was compromised, and there was a scarcity of electricity, water and telecommunication services. I had no other option. I returned back home to save money,” Ismaeel explained. Ismaeel’s sole ally through these difficult times has been UNRWA. "We need the Agency’s assistance,” Ismaeel said. “It has supported my family and enabled us to meet our basic needs. UNRWA is now our only refuge,” he continued.

UNRWA has provided Ismaeel and his family with cash assistance to help them with basic food and non-food needs. The Agency has also supported them by covering some of the medical costs incurred by his son's disability.

As the conflict in Syria enters into its tenth year, it continues to have a devastating impact on Palestine refugees living in the country and in neighbouring regions. Over ninety per cent of Palestine refugee households in Syria live in poverty and some 40 per cent remain in protracted displacement due to the conflict and the destruction of their homes. For the last nine years, UNRWA has been providing cash assistance to up to 418,000 Palestine refugees living in Syria thanks to contributions from donors like the Spanish Agency for International Development Cooperation (AECID) and Spain´s Autonomous Communities of Galicia, Asturias, Cantabria, La Rioja, Murcia, Valencia, Canary Islands, Balearic Islands, Madrid and Castilla León.