Home » Newsroom » Features » A path to hope
Back to Newsroom

A path to hope 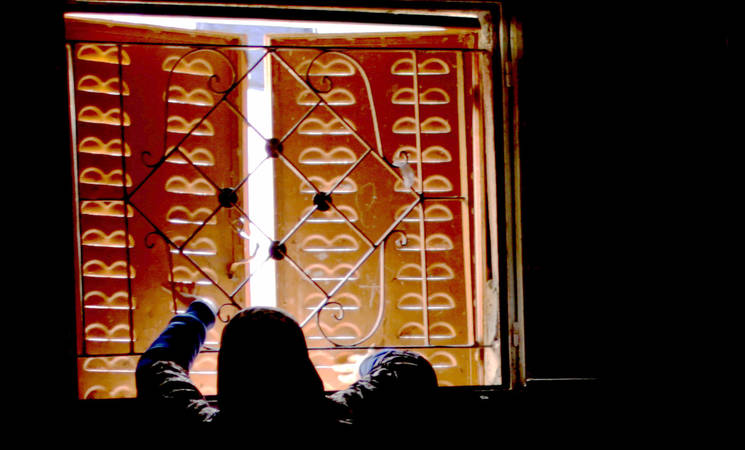 Speaking with passion and composure, Noor* describes her experiences as a survivor of gender-based violence. "I feel empowered and I am rebuilding my life after experiencing violence at home. I do this through counselling and other support provided by the UNRWA Family Support Office in Alliance, Damascus. I know that every day women and girls across the world face violence. I have learned that we all have the right to live and grow without fear," she says.

Noor married at 18 and lived with her in-laws. For many years, she endured violent assaults and emotional abuse from her husband. "Living together became too difficult and dangerous. When my parents were against the divorce, I thought of committing suicide to escape the violence.  The end finally came when my husband agreed to the divorce, provided that I release him from the dowry and support payments," she explains.

Being divorced, from a poor family and without income, Noor agreed to marry an uneducated young man.  "I was so happy when he accepted my daughter to live with me. But when the situation worsened due to the ongoing conflict in Syria, we fled with his family to Egypt. I had to leave my daughter here because her father refused permission for her to leave. To my surprise, upon arrival in Egypt, my husband asked his first wife to return to him and turned into a horrifically verbally abusive person," she recalls.

Soon after, Noor’s husband abandoned her in Egypt, a country where she had no friends or relatives. She managed to return to Syria with the help of her family.

When she heard about the services provided by the UNRWA Family Support Office, Noor realized this was a valuable chance to escape the chronic cycle of violence and abuse. The office followed up her divorce case at the court and she was able to attain all her rights. Noor did not give up hope. She applied to work as a volunteer in the Family Support Office and became a member of its team. "I work actively to win my life back and start all over again," she says cheerfully.

Established in 2013 and run by Palestine refugee volunteers, the Family Support Office works with women and men who are experiencing or have experienced any form of abuse. It offers counselling for victims of gender and domestic violence and their families and provides intervention programmes.

Noor’s new-found self-reliance and optimism shines through as she talks about her work. She has become a passionate advocate for the rights of GBV survivors, insisting that "the whole world must eliminate all forms of violence against women and girls, embody equality and respect, and empower women to stand for their own rights. What happened to me should never happen to anyone."

*Name has been changed.