Home » Newsroom » Features » From Public Relations Professional to Coffee Vendor: How the Blockade in Gaza is Pushing Professionals to Unemployment
Back to Newsroom

From Public Relations Professional to Coffee Vendor: How the Blockade in Gaza is Pushing Professionals to Unemployment 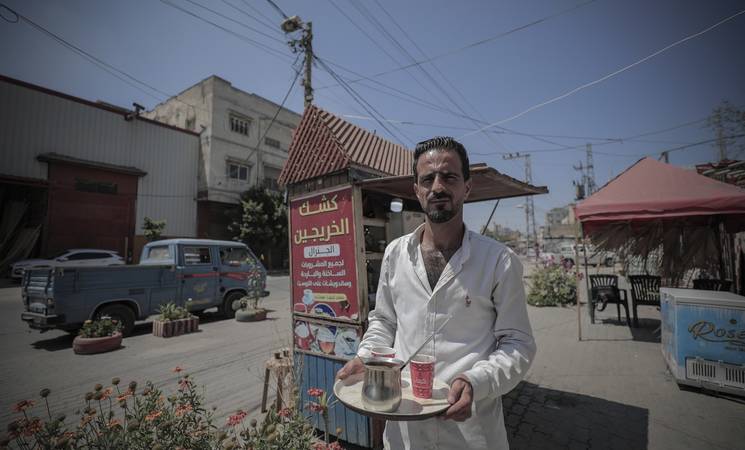 7:00 am- Said Lolo walks from a nearby factory building, where he spent the night, to open his small street shop. He finishes his work just after 12:00 am and once again decides to sleep in the factory instead of his home to avoid steep transportation costs. He only sees his family once a week.

“I go to my house every Thursday to see my family. The [thing I most miss] here is having homemade food with my family,” says Said. 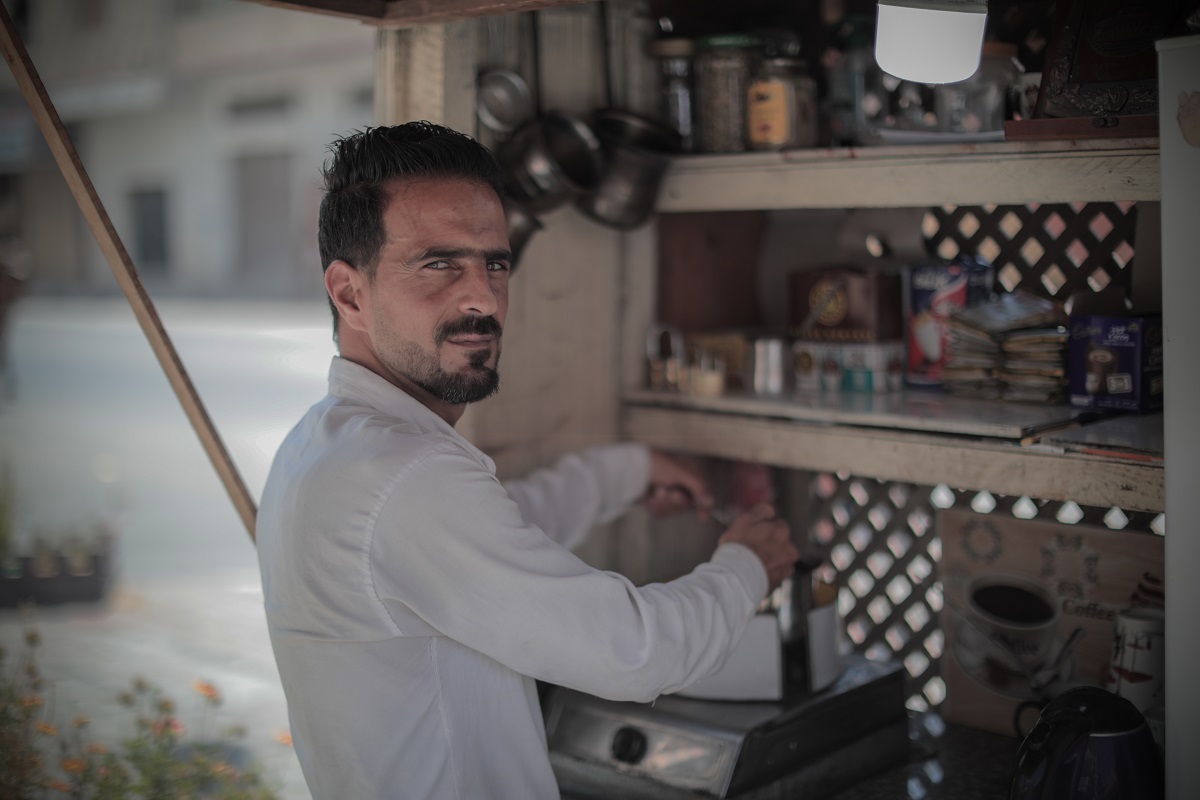 Though he relies on selling coffee and other hot drinks to support a family of eight, Said holds a bachelor’s degree in Public Relations from the Al Azhar University of Gaza. He was able to secure a short-term job with a local organization in Gaza shortly after graduation, but after the contract expired, he could not find another job offer because of the worsening economic situation in Gaza induced by the 15-year air blockade.

“It is not easy for me as a professional with a university degree to end up selling coffee in the street, but I can’t afford to stay home as my family has demands and needs that I need to fulfill,” Said laments.

Said’s story is characteristic of professionals in Gaza, who have been stripped of economic opportunities and forced to work long hours to make ends meet.

The Gaza Strip has suffered from dire economic effects because of the blockade that has restricted the movement of goods and people. A report from the U.N. Conference on Trade and Development found that overall economic losses due to the blockade and wars ranged from $7.8 billion to $16.7 billion. [1]

As a result, the unemployment rate in 2021 stood at 47 per cent. 81.5 per cent of individuals in Gaza, 71 per cent of whom are Palestine refugees, live below the national poverty line.  A 2021 UNRWA survey of Palestinian households speaks volumes about the cumulative economic impact of the blockade and COVID-19 on meeting basic needs in Gaza. The survey found that 31 per cent of head income earners lost all wages during the March – May lockdowns in 2021, though most were able to retain their jobs. In 38 percent of households in Gaza, income declined by half or more since the beginning in March as compared to May 2021. Seventy-nine per cent of Gaza households resorted to borrowing money or using credit to cover household consumption including food, and at the same time food expenditure declined in 40 per cent of surveyed households in Gaza once lockdowns went into effect.[i]