Home » Newsroom » Features » The Road to Success Is Paved with Vibrant Colours, Traditional Patterns and Ingenious Designs
Back to Newsroom

The Road to Success Is Paved with Vibrant Colours, Traditional Patterns and Ingenious Designs 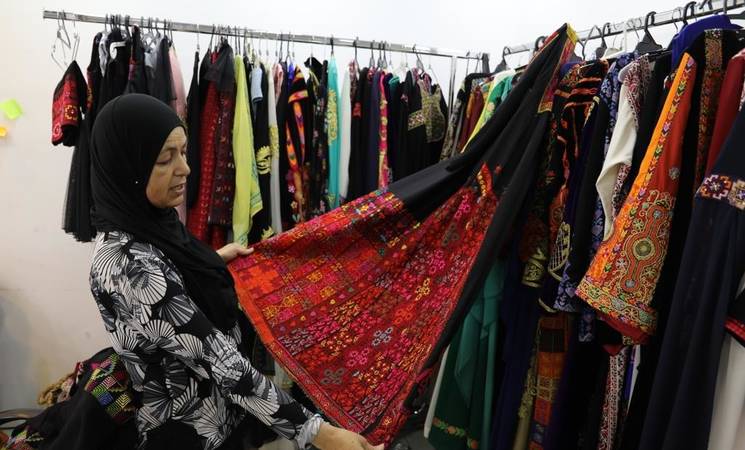 Walk into the “Heritage Touch” boutique in Ramallah and you will think you have entered Ali Baba’s cave! Beautiful fabrics, vibrant colors, rich traditional patterns and ingenious designs fill the displays where Palestinian traditional patterns are stitched to contemporary designs, giving old Palestinian embroidery a modern twist. In the busy world of traditional Palestinian crafts, “Heritage Touch” is in a league of its own, mixing successfully old and new, classic and young, with precision and attention to details at the core of the house’s philosophy.

Na’ima Ziyad is the brainchild behind this blossoming venture. A Palestine refugee from Ramallah, Naima found herself suddenly responsible for her family of three daughters and four sons after the death of her husband some fifteen years ago. She worked hard to earn a steady income by making and selling traditional Palestinian embroidery and handicrafts which she sold to relatives and friends. She initially ran her small business from her own home, quickly gaining customers thanks to her meticulous attention to detail and quality when applying traditional designs to pillow covers, ornaments and jewellery.

“This style wasn’t popular yet when I started,” says Naima, recalling her debut fifteen years ago. “I wanted to see traditional Palestinian peasant embroidery on modern life accessories. My productsbecame very popular among women and I wanted to expand my work so needed a little money to buy the plain accessories that I would ornament on.”

In 2013, Na’ima received a Women’s Household Credit (WHC) loan from the UNRWA Microfinance Programme, allowing her to expand her business and buy the necessary materials for her new line of products, which soon sold out.

"This was when my business really took off, with profit hitting 500 per cent. My products particularly appealed to younger Palestinian women and foreign visitors. They made great gifts, and sold almost immediately after they were on display,” she says.

Noticing that the demand for traditional embroidered clothing is increasing, Na’ima has received four additional loans with a cumulative value of US$ 5,000 since she repaid her first loan. She employed Palestinian women, mostly refugees, 30 from the West Bank and 30 from the Gaza Strip thus contributing to their economic empowerment and training them very closely on stitching and embroidery techniques. 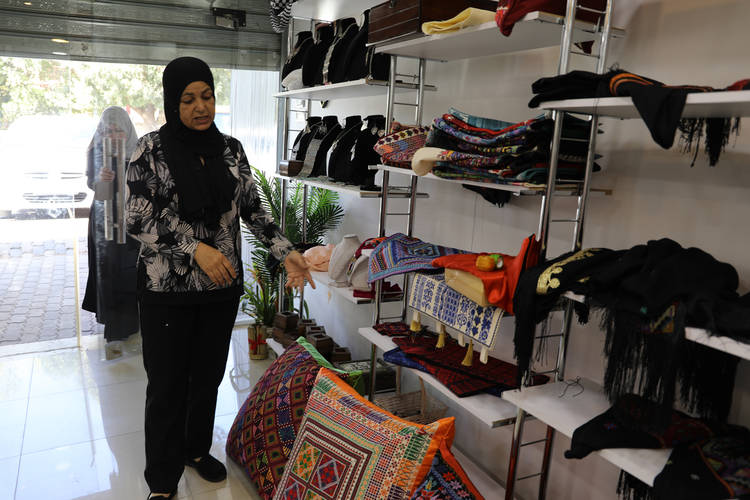 Following persistent requests by her customers, Na’ima opened her flagship store in downtown Ramallah, this year Lamsa Turathiya, or Heritage Touch. Na’ima’s innovative embroidery has travelled beyond the borders of Palestine, landing in Arab and international exhibitions, including in India.  She has recently received an award for her outstanding entrepreneurship by Palestinian Prime Minister Mohammed Shtayyeh.

The Women Household Credit (WHC) loan that Na’ima received targets women-headed households and is one of six loan products made available to Palestine refugees by the UNRWA Microfinance Department.  Through the WHC alone, the programme in the West Bank issued over 25,000 loans valued at more than US$ 26.5 million as of the end of 2018. Overall, the Agency has issued nearly 500,000 loans in the total value of US$531 million since 1994. The loan programme is part of the Agency’s holistic approach to tackle poverty and the disruptive effects associated with over 70 years of displacement. Na’ima, like most of the UNRWA loan recipients, used this opportunity to create a dignified life for her and her family, and in the process extending the economic benefits to scores of other families throughout the occupied Palestinian territory. 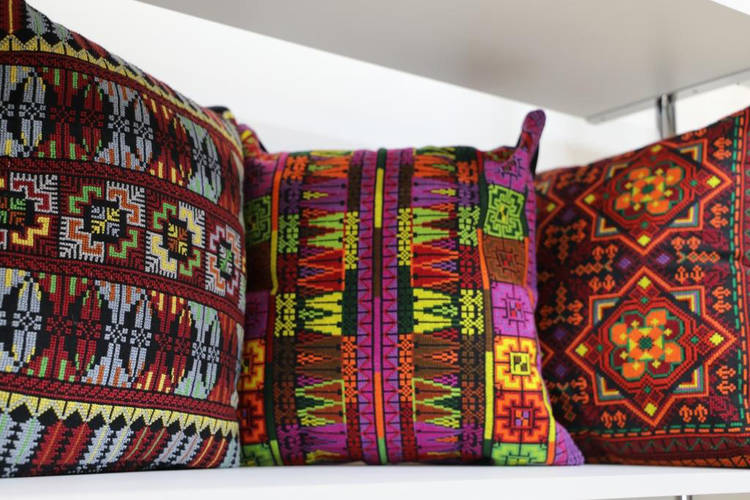