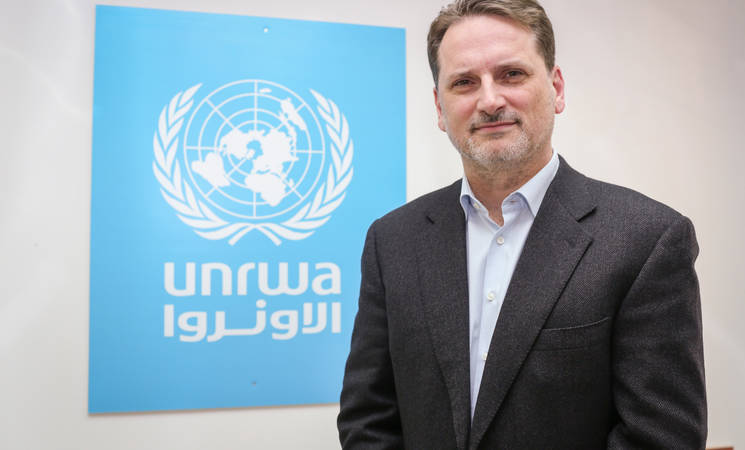 Hidden almost literally under the rubble of the civil war in Syria is an economic success story that is rarely told. Hanan Odah is a thirty-year-old Palestine refugee living in Jaramana refugee camp in Damascus. She supports her multiply displaced family of three from a thriving micro-enterprise venture. Her husband was killed in the conflict, but she refused to submit to despair and dependency on her parents. Hanan founded a stationery and perfume business, which she runs from the family house that was badly damaged and which she rebuilt. Young, innovative and courageous, she is living proof that as large businesses have collapsed, small-scale enterprises can survive and even thrive in the markets opening up at the grassroots.

As senior leaders and key business figures gather at the World Economic Forum in Jordan this week a thought should be spared for Hanan who lives the ideals they champion. Her work should resonate at their meeting which seeks to "stimulate entrepreneurship" and map out a path to an "inclusive economic transformation".

In July 2014, violence engulfed Hanan's home and business. She fled in fear of her life and after two years of living hand to mouth with her family moved back into her house which had been damaged and completely looted. Hanan immediately set to work rebuilding and obtained her first loan from UNRWA in 2016. That added to Hanan's working capital; she expanded her product base increasing income and is now looking to take her business to another level of expansion and brand recognition.

According to the Syrian Centre for Policy Research, de-industrialization has inflicted US$ 254.7 billion in economic damage on Syria. In 2015 alone GDP loss was US$ 163.3 billion. As a result of the economic collapse, more than 85 per cent of Syrians were living in poverty by the end of 2015, with more than 69 per cent of the population barely surviving in extreme poverty. Nearly three million jobs have been lost and unemployment is now over fifty per cent.

With recent donor funding, in particular US$ 1 million from the EU we have expanded our microfinance outreach. Always searching for new openings, we have been actively mapping new locations of internally displaced people to reach the Palestine refugees we serve and to deliver loan products where market opportunities open up. Al Huseniya near Damascus is a good illustration.

The town's inhabitants fled when armed groups seized it but in the second half of 2015 people began to return after insurgents were driven out. With the improved security situation and the return of Palestine refugees, UNRWA dispatched two microfinance specialists to Al Huseniya.

Within a year, dozens of business plans were vetted, market risks were assessed and one hundred loans were issued, helping to secure a better standard of living for returning refugees; enabling them to generate income, repair and furnish their homes, lifting themselves and their families out of the poverty trap and away from aid dependency. Across Syria, the UNRWA Microfinance Department disbursed a staggering 9,520 loans in 2016, worth nearly two million dollars. We can build on this track record and expand with the support of donors and partners.

I pay tribute to UNRWA staff who have achieved this against the odds. During the Syria conflict, the majority of Agency’s microfinance offices have been damaged. Moreover, the war has significantly affected our microfinance staff and their families. Prior to the conflict, we had 130 staff in six offices across the country. The majority were from the now devastated Yarmouk refugee camp in Damascus, where our largest microfinance office had been situated.

Over half of our microfinance staff have fled the country and a third have been displaced. Against the odds, we seek to retain staff as circumstances allow and have reassigned personnel to new branches as opportunities have been found.

Our loans have also developed flexibly in response to the evolving conflict. There are currently five products that respond to the deepening emergency situations in Syria and help Palestine refugees rebuild their houses and maintain stable incomes for themselves and extended families; no small achievement as war rages relentlessly in the country.

The Agency’s microfinance work is a rare but significant example of hope in the country. As leaders at the World Economic Forum strive to shape innovative, flexible, and inclusive responses to the most traumatic conflict of our age, I hope they might find Hanan's story revealing, instructive and perhaps even inspiring. She is an extraordinary young woman who in the face of untold adversity is bravely transforming her community from within, one business plan at a time, which is what the World Economic Forum, at its best, is striving to achieve.