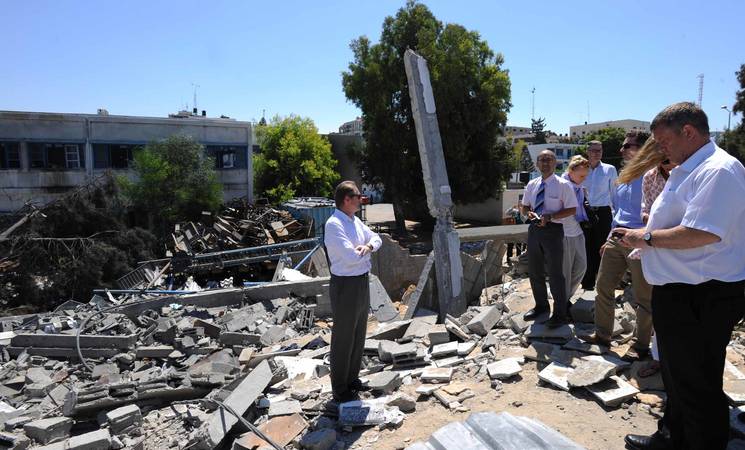 The UN Relief and Works Agency (UNRWA) Advisory Commission conducted a field visit to Gaza on 3 September for AdCom Members.

During the visit, the group drove from Salah Al Din Road to the Eastern Road and Shuja'iyya, and received and briefing in the car via radio by Mumen Shahin, DeputyChief Area Officer followed by a briefing by Robert Turner, Director of UNRWA Operations in Gaza. Then the group had a meeting with Gaza based ministers of the National Consensus Government (Mr. Mufeed Al-Hasayneh, Minister of Public Works and Housing and Mr. Mamoun Abu-Shahla, Minister of Labour). After that the group visited UNRWA Gaza Elementary Coed School A&B (G3048) which was damaged and still serves as Designated Emergency Shelter, and they received a briefing on damage to UNRWA installations and accountability by Director of UNRWA Operations in Gaza.