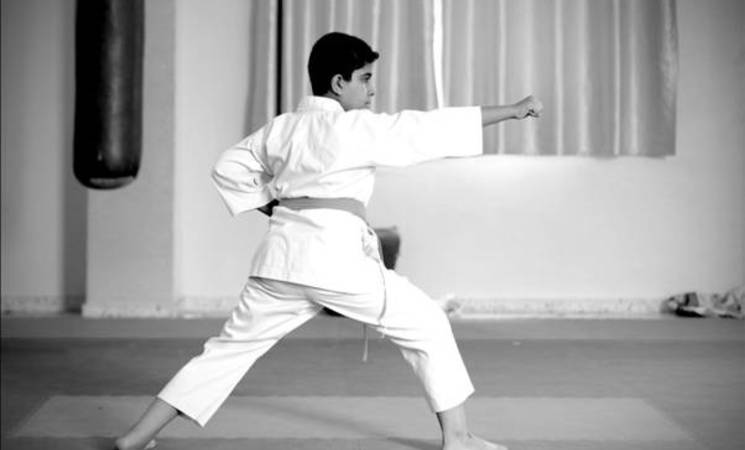 In August 2015, for the first time the UNRWA Rehabilitation Centre for the Visually Impaired (RCVI), in partnership with the al-Mashtal sports club in Gaza city, launched a pilot karate training for eight visually impaired students aimed at establishing the first Palestinian karate team that includes children with special needs.

“Sports training for children is an important component of the RCVI strategy to promote selfconfidence and an inner feeling of strength by enhancing the cognitive skills and psychosocial development of RCVI students,” explained Mohammad Farahat, the Principal of RCVI.

In a global context sport has proven to be a cost-effective and flexible tool in promoting peace and development objectives. Since the inception of the Millennium Development Goals in 2000 sport has played a vital role in enhancing each of the eight goals, a fact which has been recognized in numerous Resolutions of the UN General Assembly. In the Declaration of the 2030 Agenda for Sustainable Development, the role of sport for social progress is further acknowledged:

"Sport is also an important enabler of sustainable development. We recognize the growing contribution of sport to the realization of development and peace in its promotion of tolerance and respect and the contributions it makes to the empowerment of women and of young people, individuals and communities as well as to health, education and social inclusion objectives."

Eight students took classes for two hours a day during the karate pilot training, which lasted 20 days.  Hassan al-Raa’i, a karate trainer at the al-Mashtal sports club, explained proudly that each student has already  received a yellow belt – a level which usually requires three months of training.

“I always dreamed of doing sport, but with my condition I felt I could not do that. I did not feel safe and did not have the courage to try any kind of sport. My parents also did not allow me to try so as not to hurt myself,” commented Abdel Rahman Suhbeir, a fifth grade student at the RCVI who now dreams of becoming a karate trainer for visually impaired children himself. 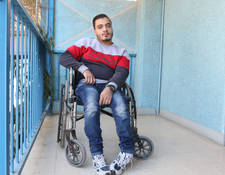 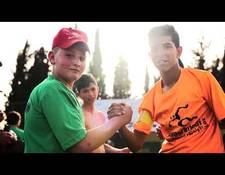