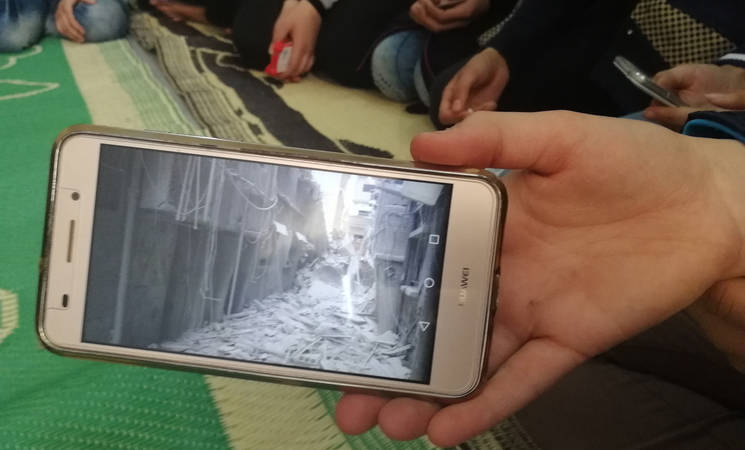 Roula is 16 years-old and from Yarmouk, the now largely destroyed Palestinian refugee camp in Damascus. Just as she was preparing for her 9th grade exams, intense fighting broke out in the camp, destroying her home. This is not the biggest challenge she has come to face. The Islamic State of Iraq and the Levant (ISIS) took over Yarmouk camp in 2014 and imposed strict limits on education, banning books and even beheading teachers who refused to comply. Together with a group of friends from school, she used her mobile phone to defy the Islamic State Group and ensure her own future through education.

Roula’s UNRWA school was hit by mortar fire in 2013 and after the arrival of ISIS, government schools closed as well. With UNRWA support, an alternative school was established in a government school building in the neighbouring district of Yalda. Today it serves 1,700 children.

Getting to school meant that Roula had to walk half an hour each way, passing the so-called ‘checkpoint of death’.  “On seven or eight occasions we were forced to watch beheadings as we went to school in the morning. When we returned in the afternoon, headless bodies would be hanging from crosses at the checkpoint,” Roula says. “I still have nightmares about it.”

ISIS banned textbooks, so she and her friends would hide their books and stationary under the long, black robes they were forced to wear. “We would pretend we were going shopping,” says 14 year-old Fatima.  They were not always allowed to pass, so the girls devised a system. “The person who would make it to school would take pictures of what we learned; photos of the blackboard and books,” Fatima says. “And then we would share these pictures with each other through What’sApp.”

However, even getting mobile phone coverage was dangerous. “We had to crawl onto the roofs of our houses,” explains Fatima. “There were bombings, as well as snipers shooting at us. I would shake with fear as I sent photos of those pages to about twenty of my friends.”

After receiving the pictures, the girls would memorise or copy the new information, before deleting the images from their phones; ISIS often searched mobile phones at checkpoints.  “Once, they found a picture of a schoolbook on my phone. I was sent to jail for four days, and my father for five,” Roula says.

In April, the fighting in Yarmouk became so intense that the girls and their families fled to Yalda along with hundreds of Palestinians. “My house is completely destroyed,” Roula says, as she pulls out the phone that was her lifeline and studying tool. On it, she shows us images of the grey pile of rubble that she used to call home.

UNRWA helped the girls to leave Yalda to take their exams in Damascus. Despite the threats, bombings, displacement and risks she faced, Roula passed.  Across Syria, 81.7 per cent of UNRWA school students passed their 9th grade exams.

When asked how they envision the future, Roula and her friends answer in unison, “We want to go to university.” The Islamic State group might have taken these Palestine refugee girls’ schools away, but not their desire to learn. 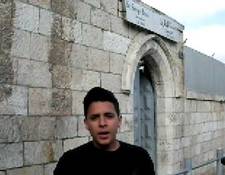