Home » Newsroom » Features » A Voice from the Field: From Yarmouk to Beddawi
Back to Newsroom

A Voice from the Field: From Yarmouk to Beddawi 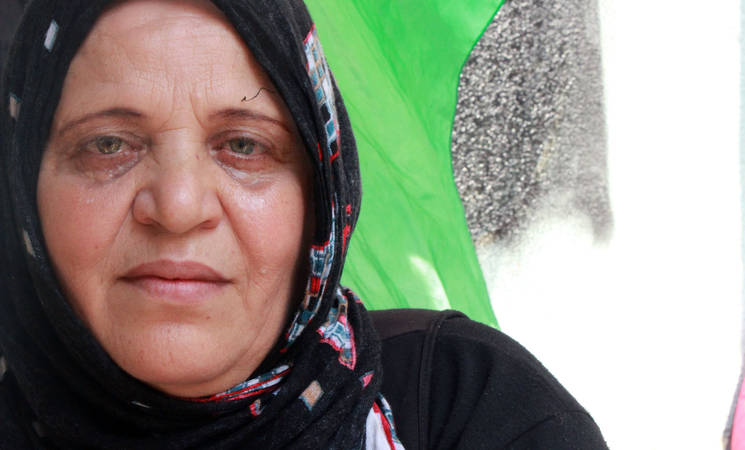 Jaweher is part of such a family. She fled from Yarmouk camp in Syria to Beddawi camp in northern Lebanon, her family's second displacement since 1948. Jaweher has been separated from her children and does not know whether her husband is dead or alive. This is her story.

“I am originally from the city of Haifa in Palestine. My family lived there while I sought refuge in Yarmouk camp, considering it a temporary stop until I returned home. Today, the Nakba of 1948 is reoccurring; we are experiencing the same displacement, destruction, pain and exile.

“At the beginning of the war in Syria, I lost my husband, who was my main support and the father of my six children; do you have any idea what it means to lose your life-partner with whom you shared your best memories? It’s very painful, I don’t know whether he is dead or alive, but in both cases, it’s a terrible feeling, which I don’t wish on anyone.

“Life has been disastrous. I have two sons and two daughters who are besieged in Yarmouk camp, and it’s very difficult to contact them. I can hardly sleep at night because I keep thinking about them and wondering if they are eating, drinking and sleeping? I’m always worried they might get hurt and what terrifies me the most is that they might be hit by missiles and bombs.

“It’s as if our fate is to suffer. My 23-year-old daughter suffers from a brain tumour and is lying in Berouni Hospital in Damascus. Her brother accompanies her during her monthly visit from Syria to Lebanon, where she receives a two-day treatment. Due to the recent restrictions imposed on the Lebanese-Syrian borders, I chose to stay here, while my son and daughter had no other choice but to return to the hospital in Damascus.  I remained here so I can at least provide my dispersed family with some assistance, which is impossible to do in Syria.

“We are scattered; my husband is missing, some of my children are besieged, theothers are ill and I am currently residing in Beddawi camp with a refugee family from Yarmouk camp. I miss the warmth of my family and my house in Tadamon neighbourhood in Yarmouk. I miss feeling secure and safe. We are refugees for the second time.”