Home » Newsroom » Features » While scars of conflict are still clear, hope and resilience among students remains steadfast
Back to Newsroom

While scars of conflict are still clear, hope and resilience among students remains steadfast 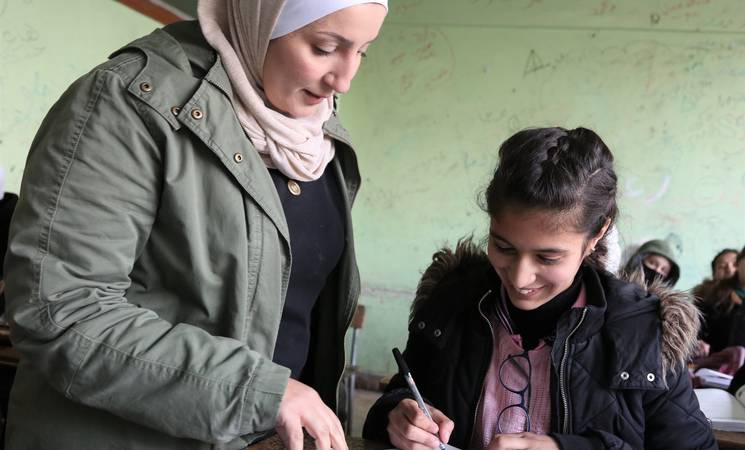 Young boys and girls surge into the streets of Yarmouk camp, Damascus.  Their happy shouts and laughter celebrate the end of school. Even though Yarmouk lies in ruin, a consequence of conflict in Syria – now entering its eleventh year - the enthusiasm and passion of Palestine refugee students for education remains unphased.  Jana and Rama are students at the UNRWA Said al-Haj Ali School.  Since most UNRWA premises in Yarmouk, including 16 schools, were severely damaged in the conflict, both girls take a bus to school.

Before the crisis started in 2011, Yarmouk was a bustling home to almost 30 per cent of the Palestine refugee population in Syria. Today, the impact of displacement and hardship add to the difficult living conditions in Yarmouk. Jana and Rama’s families are among the 160,000 Palestine refugees who were forced to leave Yarmouk when violence broke out and have been displaced multiple times since. They returned to the camp after years of displacement, struggling to put their lives back together. 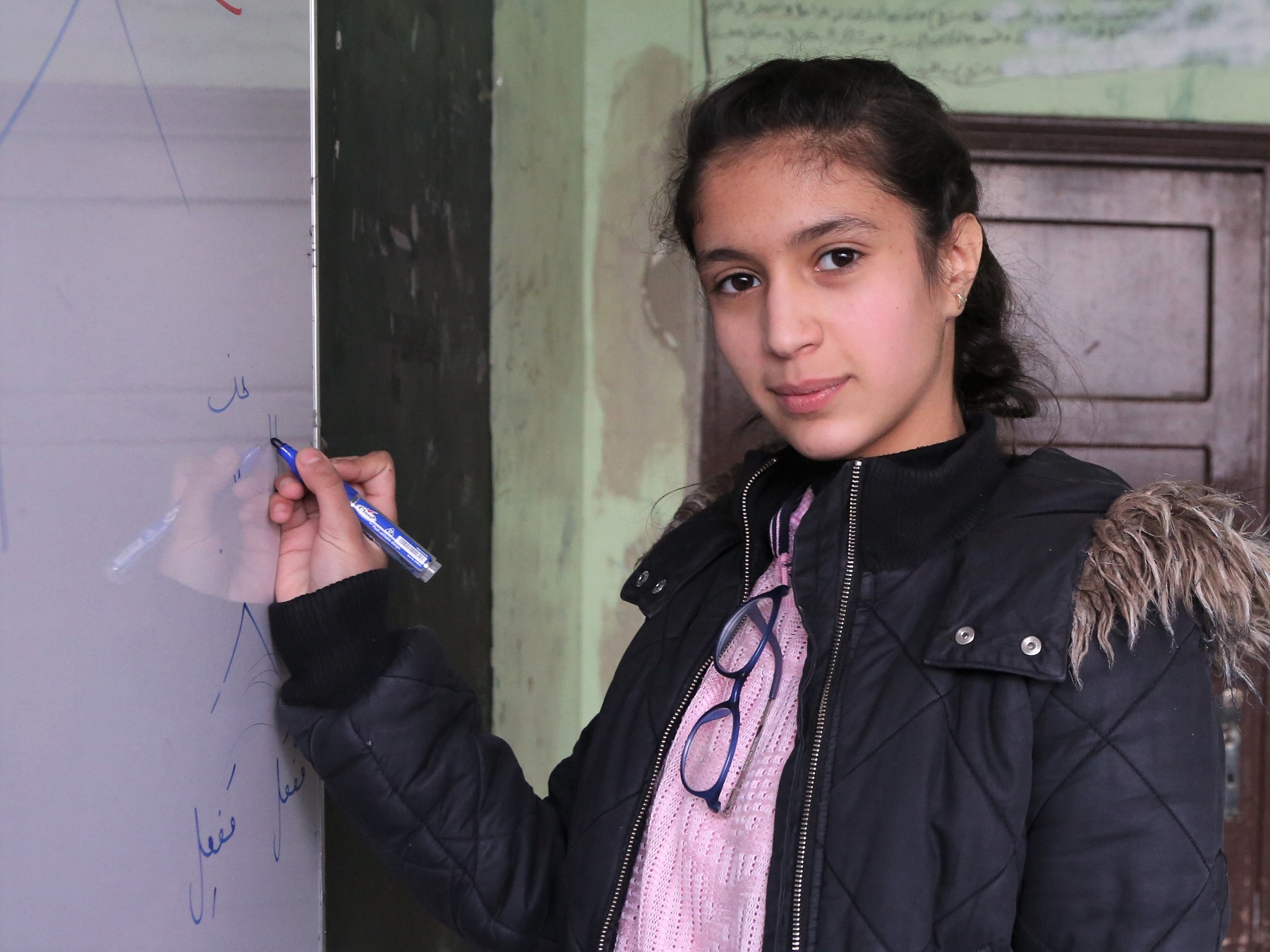 Rama, 13, and her family returned to Yarmouk about four years ago. They were the first to return to the area but were unable to rehabilitate their damaged house due to the high costs of repair. “We were excited to return to the camp but overwhelmed by the amount of work that my father had to do to repair the house,” Rama explained. At first, her family struggled, living in poor conditions, surrounded by destroyed buildings. Now, they all live in a family friend’s home. “The room we live in was empty but slowly things got better, and we bought things for the house,” she added. Rama was able to enrol at the UNRWA Said al-Haj Ali School and, after a shaky start, she proved to be a committed student. “When we got there, UNRWA facilitated our re-entry into school. I had some difficulties at the beginning, but I worked hard, and my scores improved," she proudly declared.

Seventh grader Rama encouraged Jana, who now lives with her aunt’s family, to return to Yarmouk. “We returned to the camp in 2019 and we live in my aunt’s house, which was partially repaired,” Jana said. Amid a spike in the price of construction materials, many returnees repaired their homes to the extent they could afford to, since renting remains prohibitively expensive.  Like thousands of Palestine refugees, Jana lost her father to the conflict and is being taken care of by her aunt.  "The situation is better than when we first returned, but life remains hard,” Jana explains.

Recalling the first day they met, eighth grader Jana said a small cat helped her and Rama to become friends. They both like pets including dogs, cats, pigeons, and turtles, and both feel that pets can help strengthen relationships and to be more patient and caring. In school, they had plenty of time to get to know each other and developed a strong friendship. This in turn helped them study and enjoy a comfortable environment where they could thrive and learn. “We like our school because our teachers are supportive and kind to us," they shared.

Before UNRWA provided the buses to transport students, they used to walk past the debris of war every day to reach their schools in nearby al-Zahera, enduring a scary journey that never ceases to remind them of the hardship of displacement. They used to feel unsafe in “the ghost town”. “We used to walk in the middle of the street surrounded by blackened buildings and stray dogs in fear of having a destroyed wall falling on our head, and the rubble was inside the tight alleys of the camp,” they recall. The fact that UNRWA provided a bus to transport the students encouraged them to go to school. “We feel much safer using the bus than walking twenty minutes to reach the school daily,” they noted with excitement.

UNRWA strives to ensure that its education programme provides Palestine refugee children with quality education which will help build their resilience and shape their future.

Jana and Rama would not have been able to access education without the generous contribution from donors like Government of Japan. Through the project “Support to UNRWA operations in Syria” contributing to Syria Emergency Appeal, Japan enables UNRWA to provide quality, equitable, and inclusive education to about 50,000 Palestine refugees in 102 schools in Syria.