Home » Newsroom » News Releases » From Adam Bouloukos, Director of UNRWA Affairs in the West Bank
Back to Newsroom

From Adam Bouloukos, Director of UNRWA Affairs in the West Bank

EAST JERUSALEM, 24 November 2022- Yesterday, the UNRWA Area Staff Union in the West Bank held a meeting with a number of UNRWA staff. The union raised a series of work-related demands, including in particular a demand to increase staff salaries above the UNRWA official pay policy and further above the salaries of the Palestinian Authority. This meeting happened as we learned that UNRWA still has a 166 million US$ funding gap to provide services to Palestine refugees to the end of the year.

I am very concerned about the Agency’s current financial situation and the pending union action that will have a multifaceted and negative impact on the lives of over 890,000 Palestine refugees that UNRWA serves daily, through our 3,700 staff members across the West Bank.

In the framework of the ongoing work dispute, the Area Staff Union has already called for actions that, if implemented, will cause disruption to our daily operations, including stopping our critical staff doing routine field visits.

This is not at all good. It will primarily impact on the lives of Palestine refugees, the people we are here to serve.

The proposed Union action would mean that our schools would close, leaving 46,000 children out of classrooms at the worst time possible given the recent escalation of tension and violence in the West Bank. In addition, there will be further learning losses for our students, on top of the lost school days from the security situation and the pandemic.

Palestine refugees receiving healthcare services in our Health Centers for chronic and life-threatening diseases would also be at immediate risk from a potential closure.

The union action would also translate into garbage piling up in the streets of the 19 refugee camps across the West Bank, where no other alternative than the UNRWA sanitation labourers is available to collect thousands of tons of solid waste. Camp residents would face significant environmental and health risks.

Finally, these actions would result in further exacerbation of the socio-economic conditions of a population that is already suffering from increased levels of poverty and vulnerabilities.

I underscore that the UNRWA Commissioner General has spent every day of this year talking to governments about his admiration of the outstanding job done by UNRWA staff and the vital importance of protecting their rights, including their pay and security of employment. He is continuing to invest every possible effort to secure funding to fill the financial gap for this year; constantly engaging and re-engaging donors to explore every option to ensure implementation of UNRWA’s vital mandate.

UNRWA’s West Bank Field Office has an excellent and highly dedicated staff that delivers the Agency’s mandate every day. Recognizing this dedication, I am hopeful that staff will find other ways to share concerns without interruption of the Agency’s work and the harm to beneficiaries. 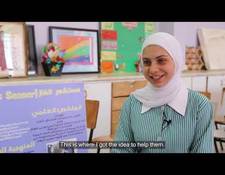