Home » Newsroom » News Releases » Investing In The Future Through Education of Palestine Refugees: UNRWA Marks International Day of Education
Back to Newsroom

Investing In The Future Through Education of Palestine Refugees: UNRWA Marks International Day of Education 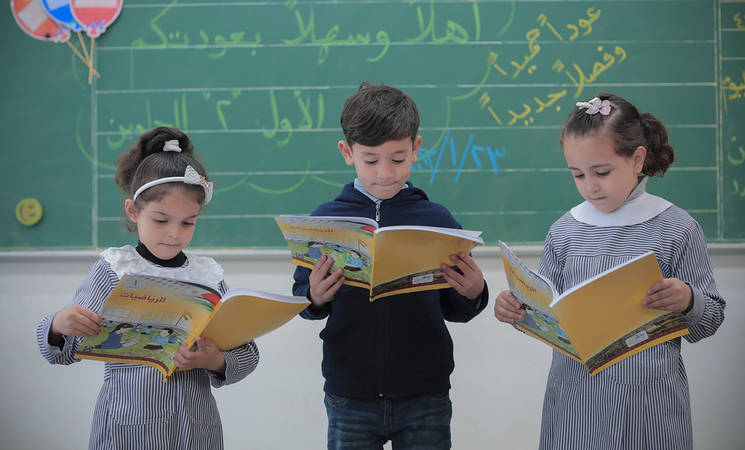 More than 550,000 Palestine refugee children learn in Syria, Jordan, Lebanon, the Gaza Strip, and the West Bank, including East Jerusalem, in over 700 UNRWA-run schools.

Education is fundamental to helping each child achieve their full potential. On the occasion of the International Day of Education, UNRWA pays tribute to the thousands of teachers and education staff who have shown unparalleled commitment to teaching and learning at the Agency’s schools across the region.

For UNRWA, education can help young Palestine refugee children in the West Bank, including East Jerusalem, Gaza, Syria, Lebanon, and Jordan, cope with their daily challenges while promoting values of tolerance, cultural identity, and gender equality. It can also help them develop their full potential and become confident, innovative, questioning, thoughtful, and open-minded members of society who are able to contribute positively to the development of their own society as well as the wider global community.

As the only UN agency in the world that runs a full fledge school system, UNRWA schools continue to be a safe haven and a sanctuary away from violence and deepening economic crises. “School is like a second home,” says 10-year-old Jana, an UNRWA student in Arroub refugee camp in the southern West Bank. “It’s the only place where we can have fun, learn, and meet friends.” Jana’s eagerness to learn and her excitement at being around her peers may sound normal in the lives of children worldwide, but given the volatility of the situation in the West Bank, going to school becomes a source of stability in a Palestine refugee child’s week.

“Education is a human right,” said UNRWA Commissioner-General Phillipe Lazzarini “Every child must be able to learn and thrive. In the lives of Palestine refugees, the quality education that UNRWA has offered for generations was often a passport to empowerment, employment and fulfillment. Today, UNRWA is seeking to move its learning to the next level, to ensure that our students are equipped for the 21st century job market. Digital education, computer and science labs, greening initiatives in schools and a continued drive to gender parity underpins our approach to quality education- an education that has long been praised by external validators.”

Throughout the decades of investment in inclusive and quality education, UNRWA has proved that an investment in education for Palestine refugees is the most cost-effective investment against child vulnerability and one of the best economic investments that can be made. In this context, the role of UNRWA is both unique and hugely important, as a pillar of social and political stability and the lifeline of one of the most vulnerable communities in the region.