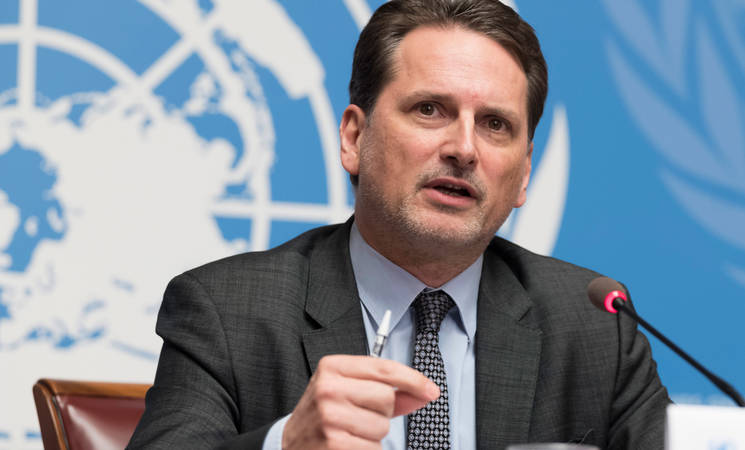 Not for the first time in the history of Palestine refugees, time seems to be standing still, like suspended in anticipation of what may impact the community next. Over the past 70 years, Palestine refugees have been affected by multiple forms of injustice, denial of rights and opportunities, as well as by broken promises. They have waited for a political solution to be found and their plight to be ended. To date, in vain.

We now live in a time when the very fundamentals at the heart of the Oslo process appear to be challenged. The foundation of the Two-State solution - which remains the international consensus - is being impacted by facts on the ground and in language.

There is growing reluctance - in relation to the West Bank, including East-Jerusalem - to use the word occupation. Yet, this is language enshrined in International Humanitarian Law, the Geneva Conventions of 1949, one of the most widely ratified international legal instruments on the planet.

Occupation is not an abstraction and its effects are not anonymous. It is characterized by military incursions, on average two a day in Palestine refugee camps in the West Bank, with disruptive search and arrest operations, home demolitions, the repeated use of tear gas and live ammunition. It creates a profoundly dehumanizing environment, where the simplest thing like children going to school becomes in certain areas, an action fraught with risks and defined by deeply humiliating experiences.

In the Gaza Strip, over the past year, a huge number of young people have been injured in what became known as the Great Return Marches. The fact that more people were wounded - over 27’000 in total and some 6’000 by use of live ammunition - in weekly and mainly peaceful protests than during the entire 50-day conflict in the summer of 2014, should have triggered stronger reactions and mobilization; as should the deaths of 14 UNRWA students, aged 11 to 16.

In Syria, while there is some relief among Palestine refugees that the most dramatic impact of the conflict may lie behind, there remains deep anxiety and concern about what the future holds. The question on everybody’s mind is: will a return to camps like Ein El Tal or Yarmouk be possible? In Syria we are dealing with another generation of Palestine refugees experiencing the trauma of displacement and loss on a grand scale.

In Lebanon, the cruel socio-economic conditions caused by limited rights for Palestine refugees and the wider pressures resulting from the conflict in Syria, contribute to more refugees leaving the country. This is a trend we have seen in Syria itself, as well as - albeit in more limited scope to date - from Gaza. In the absence of a genuine and inclusive political horizon, the number of Palestine refugees leaving the region is increasing and Europe is their destination of choice.

In this dramatic context, UNRWA has faced and will continue to face deep challenges and pressures of its own. The unprecedented financial crisis of 2018 saw the Agency forced to take some very difficult measures - with at times tragic personal consequences for staff members - as part of the strategy to preserve the vast majority of services. Thanks to the extraordinary mobilization of donors, hosts and other partners, as well as the support from the UN Secretary-General and many other leaders, ministers and senior officials around the world, we were successful in closing the greatest deficit in UNRWA’s history.

2019 began more positively, thanks to generous efforts by several donors to advance their payments, which will allow us to keep services running in uninterrupted fashion until early June. With our overall budget of US $1.2 Billion, if all donors maintained their 2018 levels of funding, our needs this year would be covered. However, fundraising is never that easy and we are actively reaching out to donors to draw their attention to ongoing and critical funding pressures.

Specifically, we have informed our partners that UNRWA will start to face serious negative financial levels in June, immediately after the end of the Holy Month of Ramadan. So we are using every big event, like the recent Arab Summit in Tunis, the Stockholm consultation and many bilateral contacts to try and preserve the successful mobilization of 2018.

In the meantime, we continue to manage UNRWA operations with strong determination and financial discipline. As I mentioned to you in earlier messages, we have always been committed to identifying opportunities to improve the situation for refugees and staff, when and where possible.

Today, I am pleased to announce a series of measures that will positively impact Palestine refugees and staff. These actions are the result of close coordination between field teams, headquarters departments and the Executive Office and I wish to thank the colleagues involved in their preparation.

In June and July:

We consider these initiatives very important at a time of great uncertainty and instability. They signal once again UNRWA’s absolute resolve to fulfill its mandate and live up to its responsibilities towards Palestine refugees. We are confirming that when the community, staff, unions and management work together, certain solutions and improvements can be found.

We know that expectations among refugees and staff go far beyond these measures, but let me be honest in saying that the coming months will still be very difficult. Wherever I travel, I am faced with genuine solidarity but also with at times strongly critical views of UNRWA, on issues like neutrality, textbooks and overall legitimacy of the Agency. These attacks against UNRWA are expected to continue to grow. We will stand firm, investing in our strengths and making adjustments and corrections when needed. We will never walk away from our commitment towards Palestine Refugees and our mandate.

In the coming months, we will work with the many countries - hosts and donors - and institutions that support us and trust us. There will be important work with members of the Advisory Commission and a Pledging conference in June. There will be another special event on the margins of the UN General  Assembly in September. We will stay engaged to find new ways to stabilize UNRWA’s finances. We will work with member states seeking a smooth renewal process of UNRWA’s mandate.

You know that we do not do this for UNRWA as an Agency. We do it for Palestine Refugees, for their dignity and rights. We do it so that the world remains engaged in the search of a just and lasting solution. We do it to live up to the courage and passion of 532’000 girls and boys studying in UNRWA’s schools and who deserve a future, a horizon. Who deserve respect, protection and the preservation of hope. 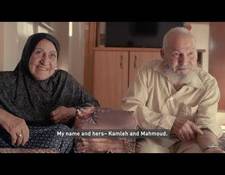