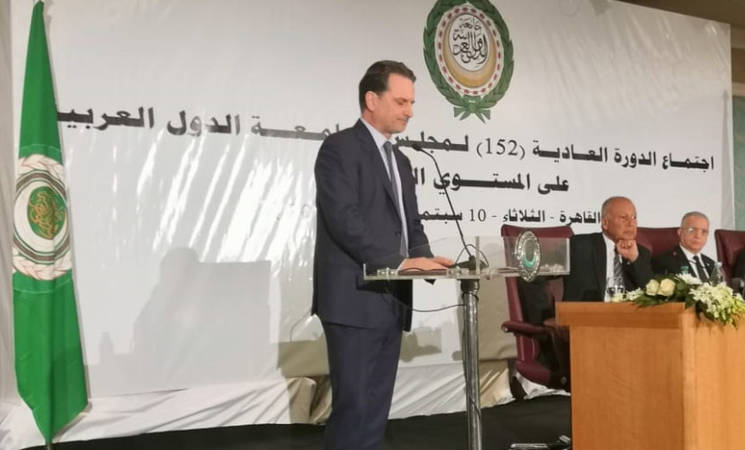 Your Excellencies, Ladies and Gentlemen,

Allow me to begin by thanking you for the renewed honor of addressing your distinguished Council.

When I appeared before you in March this year, I stated that 2018 had - without a doubt - been the most challenging year in UNRWA’s proud history. I was referring of course to the existential crisis triggered by the United States’ decision to cut US$ 300 million of its funding to UNRWA last year, followed by a further US$ 60 million in January this year. Thanks to the global campaign we launched in 2018 and your remarkable leadership and support we overcame this unprecedented shortfall.

But the crisis is not over and it is certainly not exclusively financial. It is fundamentally political and concerns the destiny and future of Palestine refugees and one of the key final status issues alongside Jerusalem. Over the past eighteen months and in parallel to the mentioned funding cuts, we have witnessed a sustained campaign to delegitimize Palestine refugees.

As part of this campaign, every means and method are at use. Some make the attempt to question and undermine the very idea that Palestine refugees exist, even though the international community – led by the Member States represented here in this meeting today - has enshrined its recognition of the refugees in successive United Nations General Assembly resolutions.

The greatest misrepresentation of all being the repeated affirmation that Palestine refugees are “the only refugees on the planet whose descendants are also considered refugees.”

That is a blatant and deliberate distortion. Under international law and the principle of family unity, the children and grandchildren of Afghan, Somali or Congolese refugees are also considered by UNHCR as refugees and assisted as such. There is no difference with Palestine refugees.

The ongoing and politically escalating attacks against UNRWA’s role, services, funding and legitimacy are all part of a strategy to weaken or remove key parameters of the two-state solution and for that matter of the 2002 Arab Peace Initiative sponsored by the Kingdom of Saudi Arabia. Nowhere is this more visible than in East Jerusalem itself, where UNRWA’s operations have come under sustained pressure and face increasing interference from Israeli municipal authorities since October 2018.

Challenging the activities of a mandated UN agency, tasked by the very UN General Assembly - with your leadership – to assist and protect the Palestine refugees is an attempt to complete on the ground the annexation of East Jersualem, which is illegal under international law.

Standing with UNRWA and its services in East Jerusalem is therefore a matter of paramount importance. Just as it is in the West Bank, Gaza Strip, Jordan, Lebanon or Syria. It is a fundamental measure of the readiness of states to protect human dignity, defend the rights of Palestine refugees and preserve regional stability.

These are no empty words. Indeed, despite the tremendous challenges we face and with the support of our partners - hosts countries and donors - we managed to open UNRWA’s 709 schools for half a million Palestine refugee students on time over the past two weeks. We are very proud of that achievement and we know how a failure to do so would have impacted the hope and aspirations of these boys and girls and security in the Middle East.

I therefore call on you - humbly and with the same sense of deep conviction affirmed by the international community and embraced by the League of Arab States and its members since it was founded in 1945 - to ensure that UNRWA also survives 2019 and that the course for coming years is properly safeguarded.

On the financial side, it is with the highest appreciation for all the support you have given that I ask for you to sustain your generosity. Our current budget is US$ 1.2 billion and despite all the current challenges we face, we have reduced our funding shortfall from US$ 211 to US$ 120 million, including through consistent and successful outreach during the summer. Overcoming the remaining shortfall would require a final push this year from some of our closest partners, including members of the League of Arab States.

In 2018, the Kingdom of Saudi Arabia, the State of Kuwait, the State of Qatar and the United Arab Emirates made very generous contributions to UNRWA’s core funding – they enabled us to maintain our services in 58 Palestine refugee camps without disruption. The UAE has pledged the same amount again this year and we are very grateful for that. We call on all our partners to repeat their generous donations in 2019 and ensure timely disbursements. We need to keep the schools open, the health-centers and other services running.

On the political and institutional side, I urge all members of the League of Arab States to work decisively towards a smooth renewal of UNRWA’s mandate by the UN General Assembly this fall.

I can confidently say that since 2018, I have never seen such an extreme targeting of a humanitarian organization, nor a comparable denial of the rights of an entire refugee community. I have not either - ever - seen a more noble cause to defend than that of the dignity and rights of Palestine refugees. When listening to the passionate testimony of our students and seeing their courage, it is clearly worth it every single day.