Commissioner-General press briefing on the situation in the Gaza Strip 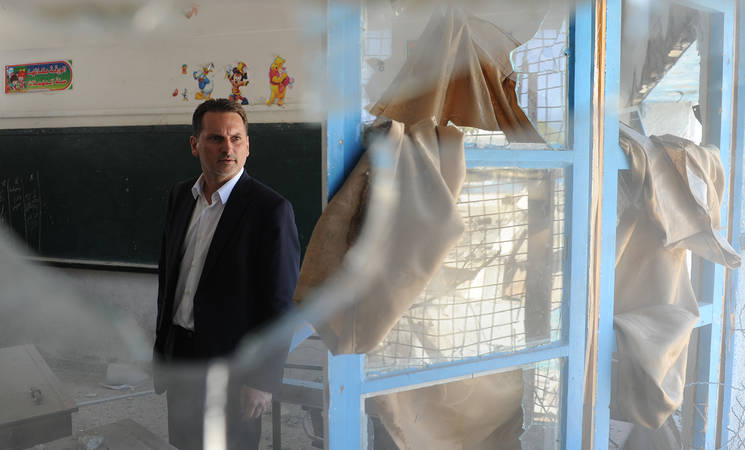 Thank you for joining us at this press briefing.

As we stand here, the Gaza Strip is once again experiencing very dramatic circumstances, circumstances we had hoped it would never have to experience again. The population of Gaza, including Palestine refugees, is once again enduring great suffering and many have lost their lives or sustained serious injuries.

As Commissioner-General of UNRWA, I have come to Gaza, together with Humanitarian Coordinator James Rawley, to directly observe the situation resulting from the widening military operations. I also came to discuss with our Director of Operations in Gaza, Mr. Robert Turner, the level of UNRWA's preparedness and emergency response capabilities.

I am deeply alarmed and affected by the escalation of violence in the Gaza Strip and the devastating human and physical toll it is taking on civilians, including Palestine refugees. The casualty numbers are now said to lie at 174 killed and over 1,100 wounded. All indications are -and I find this particulary dramatic - that women and children make up a sizable number of victims of the current strikes. I am equally disturbed that people with disabilities are among the victims, reportedly as a result of Israeli strikes.

What began with the extensive use of air power could expand into a ground operation with an actual Israeli military incursion into Gaza, leading to a fear that more and more civilians will be affected. Meanwhile, rockets continue to be fired at various Israeli cities from within the Strip.

We have all seen the images of smoke rising from different areas of Gaza. We have seen the destruction wrought by the bombing campaign. As I map the destruction for myself today, let me draw your attention to two things:

First, never will even the most impressive television footage properly capture the depth of fear and despair felt in the homes and hearts of Gazans who are yet again facing death, devastation and displacement. Thousands of parents today have no more answers to give to their young children when they are asked why their houses are shaking or breaking under the weight and relentless force of the bombardments.

Second, we must be careful about the endless enumeration of casualty numbers. The dead and injured in Gaza are not anonymous. Behind the figures lie multiple individual destinies now torn apart.  Too often in their lives have Gazan civilians been denied their dignity. Anonymity in death or injury is the ultimate denial. It is also too comfortable for the world and the parties engaged in the hostilities. Palestinians are not statistics and we must never allow them to be treated as such. They are human beings like others in the world, with their identity and the same hopes and expectations for an improved future for their children.

In this context, I urgently call on the Israeli Security Forces to put an end to attacks against, or endangering, civilians and civilian infrastructure which are contrary to international humanitarian law. In Gaza, risks are compounded by the very high population density. Maximum restraint must be exercised and measures of distinction, proportionality and precaution must be respected to avoid further casualties and overall destabilization. Clearly at this stage not enough is being done in that regard. Too many lives are being lost and this must end. If calm is not quickly restored, the casualty levels will become even more intolerable and unacceptable. I echo the United Nations' call for all parties to respect international law, and protect the civilian population. This includes an end to rocket fire from Gaza aimed at Israel, which the United Nations has described as indiscriminate.

During my visit, I intend to meet with UNRWA teams. As you know, we recently declared an emergency for our operations in all five areas of Gaza. In recent days, we have dealt with several emergencies. We have 12,500 national and international staff in Gaza and I want here to pay tribute to their formidable courage and resolve. In the past hours, as a direct result of military operations, approximately 17,000 refugees have sought refuge in our 20 schools, some being displaced to the very same classrooms for the third time in five years. Let me recall that, during the Gaza fighting in 2008/9 over 50,000 people took sanctuary in UNRWA installations. People who came to UNRWA installations because they thought they could find safety and security were killed. In one incident, the UNRWA compound in Gaza where hundreds had taken refuge took a direct hit and the main UNRWA warehouse was burnt to the ground.

Worryingly, already 47 of our premises, whether schools, clinics or warehouses have been damaged by the air raids and other fire. The inviolability of our installations and premises must be respected, in accordance with international law.

Together with our partners in the UN system, with other local and international agencies present in Gaza, we are committed to keep this engagement strong and effective for as long as it takes. I call here on the donor and state community to ensure that these activities are properly funded.

During my first visit to Gaza as Commissioner-General three months ago, it became evident to me that the situation of the population of Gaza and of Palestine Refugees here has become completely unsustainable. Israel’s illegal blockade has deepened poverty levels and youth or female unemployment levels (at 65% and over 80% respectively). Gaza's aquifer will have been entirely contaminated in the next three to four years making the strip essentially unlivable. But today, these indicators pale in comparison to the intensity of the bombardments and the fears for security and survival.

Two things appear most evident when we see the destruction currently taking place around us. One, is that the conditions for Gaza's population will only deteriorate further as a result.

Two, while standing here in Gaza today and while fully recognising that UNRWA's specific role is a humanitarian one, I put the question to all actors concerned: How long will it take before it is recognised that only a political solution will allow to move beyond the endless cycles of violence and destruction that repeatedly affect the population of Gaza and beyond. And how much longer before this is seriously, meaningfully and comprehensively addressed? An answer to those questions is urgent: the lives of tens of thousands are today at grave and imminent risk. 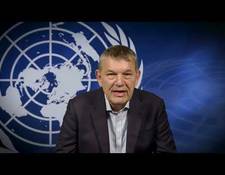