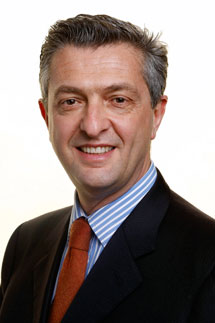 Thank you for joining us today. I would particularly like to welcome the Governor of Jenin, Mr Qaddoura Mousa, and the Local Community Representative, Mr. Adnan Al Hindi.

We are here today to mark the dedication of this school, the Jenin School for Boys, to His Highness Sheikh Ahmed Bin Zayed Al Nahyan, God rest his soul. As you are aware, His Highness was taken from us a few months ago in a tragic flying accident in Morocco. I would like to call for a minute’s silence while we remember His Highness.

Sheikh Ahmed had a particular link to this school by virtue of his position as Chairman of the Board of Trustees of the Zayed Bin Sultan Al Nahyan Charitable and Humanitarian Foundation.

The Foundation generously funded the expansion and renovation of the school in 2008, along with the rehabilitation of four other schools in the West Bank. And of course it was Sheikh Ahmed’s father, His Highness Sheikh Zayed Al Nahyan, God rest his soul, who funded with supreme generosity the rebuilding of Jenin Camp which was completed in 2005.

The United Arab Emirates has been a strong and consistent supporter of UNRWA and Palestinian refugees for many years. Most recently we had another example of Emirati munificence when the Khalifa Bin Zayed Humanitarian Foundation adopted a school in Gaza, what is now the Khalifa Bin Zayed School in Beit Lahya. We also commend HH General Sheikh Mohammed bin Zayed Al Nahyan, Crown Prince of Abu Dhabi and Deputy Supreme Commander of the UAE Armed Forces for his constant support for Palestinian and HH Sheikh Saif bin Zayed Al Nahyan who generously arranged for 21 handicapped Gaza refugees to receive medical treatment in the UAE and to find employment there. The UAE Red Crescent, under the directives of His Highness Sheikh Hamdan Bin Zayed, another staunch supporter of UNRWA, has recently partnered the Agency in completing the construction of 151 new houses for the people of Gaza.

With our ceremony today we mark the passing of a Gulf leader who was an outstanding philanthropist and strong supporter of UNRWA. It is my great honour to dedicate to Sheikh Ahmed Bin Zayed Al Nahyan this school, and in so doing to express thanks to the Zayed Foundation he chaired and to the generous family and country which he symbolized. Although we have lost a friend and benefactor, the renamed school will be a constant reminder to us not only of the good works which he did but also the need to take forward his noble vision of helping the dispossessed and the least privileged, among them of course Palestinian refugees.

I would now like to call on His Excellency the Governor of Jenin, Mr Qaddoura Mousa, to say a few words.