In need of aid but hungry for peace 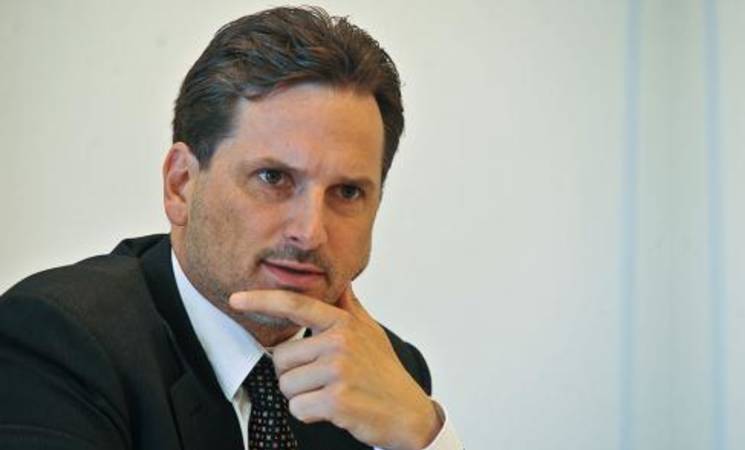 I am in the Yarmouk refugee camp, Damascus, during an aid delivery. A man approaches me and utters three words, “I am hungry”. The sunken eyes in his face are equally eloquent.  His fragile frame expresses volumes. He speaks for a people brutalized, a people sick of war. He is a living symbol of the world’s failure to resolve the crisis in Syria.

Yarmouk has become a powerful icon of the wider war and of the Palestinian experience. It was once the densely populated heart of Syria’s Palestinian community. Yarmouk’s pre-war population was a million, among them 150,000 Palestinians. Today it is home to just 18,000 civilians. Its once bustling thoroughfares have been transformed into an apocalyptic city scape, where women have died in childbirth for lack of medicines and children have reportedly starved. The almost total siege imposed since July 2013 in response to extremist militias entering the camp has brought the place to its knees. UNRWA has only been able to provide the most meagre levels of assistance, with access limited further since 6 December following an upsurge in violence.

Yet the misery of Palestinians in Syria extends well beyond Yarmouk. All twelve Palestine refugee camps have been affected by the conflict. 80 per cent of the 580,000 Palestinians registered with UNRWA in Syria have been displaced at least once. 45,000 have fled to Lebanon, 15,000 to Jordan. 95 per cent of those that remain in Syria are unable to meet their most basic household needs and are therefore heavily dependent on UNRWA assistance.

The particular vulnerabilities of Palestine refugees and their precarious status in the region compound the already stark and violent devastation they share with Syrians. Jordan closed its borders to Palestine refugees from Syria in early 2013; Lebanon followed suit in May 2014. Where they do find relief from the conflict, they often suffer marginalization and acute vulnerability. In Lebanon, Jordan and Egypt, many lack proper legal status and are unable to access basic social services. Their movement is limited and they live in constant fear of arrest and forced return to Syria.

UNRWA’s response has been resolute and courageous though it has come at a price. We have lost 14 staff members in this four year conflict. Our response has also been efficient. 4,000 UNRWA staff in Syria are part of the Palestine refugee communities we have served for over six decades. Without them no aid delivery would have been possible in many regions. We are already there, delivering services directly, not through implementing partners.

Despite the conflict,  UNRWA continues to operate  95 schools. In addition we’ve established eight teaching points at the collective shelters we run for the displaced. 46,000 students are enrolled in our schools compared with a pre-conflict school total of 67,000, but this is nearly double the 2012 total of just 27,000.

Our students continue to achieve scores above national averages. Last year our pass rate was  84.1 per cent for students finishing their primary education – remarkable given the context.

UNRWA operates 14 health centres and 11 temporary health points across Syria. As a result we were able to provide a total of nearly a million primary health consultations in 2014, an increase of over 46 per cent on the previous year.

Cash assistance is our other major programme. In 2014, UNRWA completed three rounds of distributions, during which each refugee received approximately USD 64 to live on for four months. Because of a shortage of funds, each refugee received an average of just $16 per month throughout the year. It is most evidently not enough. We could do far more if the cash was there. An  independent evaluation has shown UNRWA’s efficiency in distributing cash and confirmed our ability to reach Palestine refugee committees across Syria.

Only by substantially reducing individual assistance have we been able to continue serving all those in need. If funding levels continue to decline, critical programmes in emergency education, psychosocial support for traumatized children and health care will be threatened, and cash assistance – the central pillar of UNRWA’s humanitarian response -- will have to be suspended very soon. Our appeal last year was only 50 per cent funded. So far this year, the figure is just 4 per cent.

The investment the international community has made through UNRWA has been crucial in maintaining human capital, creating self-reliance and ensuring that Palestine refugees are poised to contribute fully when there is a political solution to their plight. We must not allow these human capital gains to be reversed.

Moreover, at a time when rising extremism and conflict increasingly threaten the people of the Middle East, cutting UNRWA’s programmes is in no one’s interest. It will create a dangerous vacuum .

Along with an appeal for funds, I end with a call for political action to address the root causes of conflict and confront the disregard for international law by the  parties. The world must wake up to the extent of disaster in Syria and act. The credibility of the international system itself is at stake. As the conflict enters its fifth year , the time has come for the international community, to provide moral, humanitarian and political leadership to promote justice and dignity for which the people of Syria and Palestine refugees rightly yearn and of which they have been so cruelly deprived.