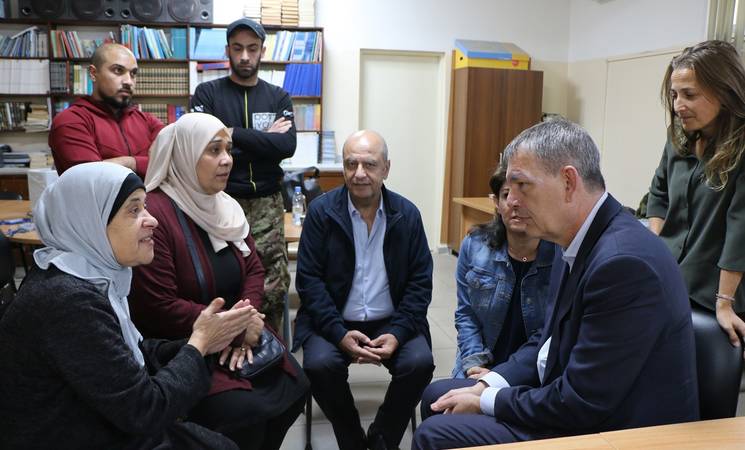 BEIRUT, 24 November 2022 - “People in Lebanon, among them Palestine refugees, are suffering and paying the price for something not of their making. I met with Palestine refugees during my visit who are completely ravished by poverty, despair and lack of prospect.

“The humanitarian situation of Palestine refugees in Lebanon is extremely alarming. People are dying a slow death as many are unable to afford medicines or co-share the cost of treatment especially for chronic diseases and cancer. Levels of poverty and unemployment are unprecedented due to one of the worst economic crises in recent history. The spread of cholera is the latest tragic layer that adds to acute hardship and helplessness.

“While I walked on dark streets due to long power cuts, I wondered if Lebanon was at a point of no return.

“In the Beddawi Palestine refugee camp, north of Lebanon, I met Salim, who asked that I relay his call for help so that his family can survive this dark episode of the country’s economic freefall.

“Last month, I put out a plea on behalf of Palestine refugees highlighting the levels of despair they are living in. I asked the world to “Hear Their Voices” and act to help UNRWA help Palestine refugees with the bear minimum, to make ends meet and live in dignity.

“While this is very welcome, it’s only the tip of the iceberg. People in Lebanon need and deserve to have a better life far from dependence on humanitarian and cash assistance. It is a nation known for its creativity, generosity and love of life against all odds.

“However, and until a more sustainable solution is found, UNRWA will continue to do everything possible to help Palestine refugees have a life of dignity. I call for further support to UNRWA so that we continue to assist families in need.”

The United Nations General Assembly established UNRWA in 1949 with a mandate to provide humanitarian assistance and protection to registered Palestine refugees in the Agency’s area of operations pending a just and lasting solution to their plight. UNRWA operates in the West Bank, including East Jerusalem, The Gaza Strip, Jordan, Lebanon and Syria.

Tens of thousands of Palestine refugees who lost their homes and livelihoods due to the 1948 conflict continue to be displaced and in need of support, nearly 75 years on. UNRWA helps Palestine Refugees achieve their full potential in human development through quality services it provides in education, health care, relief and social services, protection, camp infrastructure and improvement, microfinance, and emergency assistance. UNRWA is funded almost entirely by voluntary contributions. 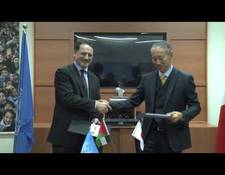