Home » Newsroom » Official Statements » Statement of Mr. Christian Saunders, Meeting of Foreign Ministers of the League of Arab States
Back to Newsroom

Statement of Mr. Christian Saunders, Meeting of Foreign Ministers of the League of Arab States 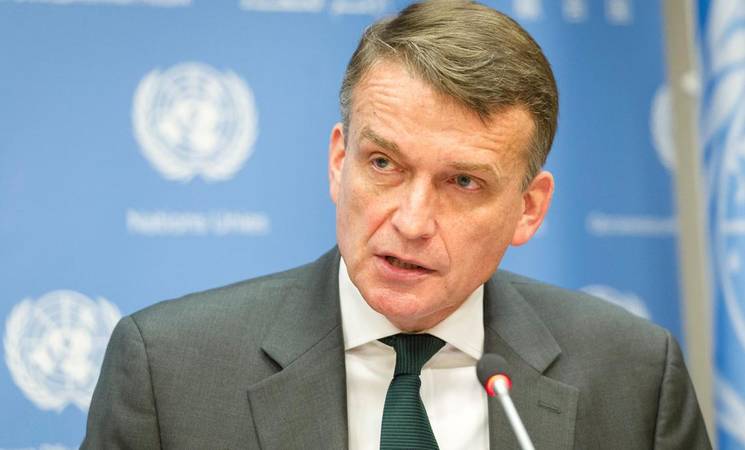 MEETING OF FOREIGN MINISTERS OF THE LEAGUE OF ARAB STATES. MARCH 4 2020

It is always a great honor for UNRWA to be welcomed by the League of Arab States, our first multilateral partner, and to address this Council

Every opportunity to engage makes this special relationship stronger. I am deeply grateful to His Excellency the Secretary-General Dr. Ahmed Abu Al Gheit for his outstanding support of UNRWA and its mandate to assist the Palestine refugees.

I am also grateful for the political support given by Arab Member States for renewal of UNRWA’s mandate, and for the tremendously generous financial support. The Kingdom of Saudi Arabia, Qatar and the United Arab Emirates remain within our most generous donors in 2019.

To your excellencies representing the Governments of the Hashemite Kingdom of Jordan, Lebanon, and Palestine,  UNRWA expresses profound appreciation for fulfilling historic and difficult responsibilities in accommodating the refugees for over seven decades.

The membership of the Arab League has consistently shown firm leadership in defending the human rights of the Palestine refugees.

Events in the region keep us guessing.  The election in Israel adds new uncertainty about what happens next.  Stakeholders are still assessing where the US plan, “From Peace to Prosperity”, will take the region.

The strong position emanating from the extraordinary session of the Council of the League of Arab States is that only a two-state solution can be accepted in the region, in line with international law including resolutions of the UN Security Council, and supported by annual resolutions of the General Assembly.

We have concerns that the US plan may already be encouraging political challenges to the Agency.

One of those concerns is a new round of questions about our mandate and role. This is nothing new in itself, and we have developed strong messaging for entities targeting our mandate, but the intensity and the number of actors engaging is growing day by day and they are increasingly targeting decision makers and parliamentarians across the political spectrum in donor capitals with the intent to have UNRWA defunded. We are engaging with capitals and hope support will be maintained, but would appreciate your support and the support of your teams in continuing to advocate strongly at every opportunity on our behalf.

Another concern is the effort being made to terminate UNRWA’s presence in East Jerusalem. In 2018 municipal officials began interfering with UNRWA activities and made repeated threats indicating the intent to close UNRWA installations and our ability to provide services in East Jerusalem. It remained a local campaign by the mayor of Jerusalem at the time, until the end of last year when he introduced a draft bill or law in Israel’s parliament that would terminate UNRWA’s presence and activities in the city.

The legislation has yet to be tabled in the Knesset, but we are proactively raising this matter in interactions and meetings such as this, as it is crucial that the international community engage the government of Israel and other governments in support of our activities and of our mandate in East Jerusalem, so as to try to avert any unilateral action taken against the agency. On multiple occasions we have made clear to the Israel Ministry of Foreign Affairs that the standing agreement between UNRWA and Israel signed in 1967 remains in force and also the UN Convention on Privileges and Immunities protects UN facilities and assets from interference. It is also fundamentally important to recall that the agency’s mandate emanates from the UN General Assembly and UNRWA needs to continue to provide protection and  essential services in conformance to that mandate until there is a just and lasting solution and / or the UN General Assembly determines otherwise.

Mr. Nickolay Mladenov, the UN Special Coordinator for the Middle East Peace Process, also spoke about this issue in briefings to the UN Security Council.

Our office based in East Jerusalem is monitoring the situation closely.

Pressures on UNRWA are closing in from all sides. As we engage and counter mandate antagonists – which consumes considerable amounts of time and energy – our financial situation continues to deteriorate and the current funding arrangements for the Agency have fallen very much below our minimum requirements.

Commitments to our mandate and its renewal in December – for a further three years until 30 June 2023 – by the vast, overwhelming majority of the members of the United Nations General Assembly, sent a crucial message to the international community and to the Palestine refugees themselves.

There can be no understating the generosity shown to UNRWA.  I do not for a moment mean to imply that the donor community is indifferent to the needs of the Palestine refugees. Far from it, our regional partners have dramatically increased their overall contributions to the Agency over the last decade and many of  the Gulf states have set an example of good donorship. I cannot put into words how much we appreciate this support.

However, the financial constraints placed on us since mid 2019 have become truly unsustainable and the Palestine refugees are feeling the consequences. .

In 2019 we were forced to secure emergency financing from the Central Emergency Response Fund to stay operational – not once but twice, including a loan of $30 million. Without these loans we would have been unable to pay the salaries of our staff. We also had no choice but to delay paying vendors for goods and services in the last quarter of the year.

As a result we started 2020 with debts of US$ 55 million dollars. So far we have received pledges of only $299 million out of the total requirement of $1.4. Billion. If we do not receive additional pledges or those who have pledged do not make good on existing pledges then we will run out of money at the end of next month. At this point I do not see how the needs of the Palestine refugees can be met this year if support remains stagnant at 2019 levels and our core programmes implemented in Gaza, Jordan, Lebanon, Syria, and the West Bank including East Jerusalem will grind to a halt.

I would also like to recall that years of painful restrictions on expenditure are being felt in all our fields, such a recruitment freeze and non replacement of vehicles and other essential equipment. Much of our vehicle fleet is 10 years old and much of the equipment in our schools is obsolete or broken.

The refugee community has also been shaken by the measures we have been forced to take, from near suspension of our education programme, to reductions in emergency assistance delivered in the occupied Palestinian territory and Syria. I have so far resisted pressures to suspend core services, but in the end it comes down to available resources and I will have no choice.

I appeal for partners to strengthen support, and ensure new pledges and existing pledges are transferred as early as possible so that we are able to sustain the essential services and dignity of the Palestine refugee communities .  I also appeal to all partners to commit to the funding levels they provided in 2018 or if possible to be even more generous than you were in that year.

Allow me to remind you, as our close partners sensitive to the pressures facing UNRWA, that parties challenging our mandate are already encouraged by recent political developments. The perception that commitments to meet refugee needs may be reaching its limits will undoubtedly give momentum to those challenges. A significant reduction or indeed absence of the critical services being provided by UNRWA will also have an as yet unknown impact on stability in the region

We truly need the full support of the international community, now more than ever.

Thank you again for allowing me to address this important and timely meeting, I reiterate my deepest appreciation for the solidarity and generosity shown to the refugees since 1948.

UNRWA will stand side by side with the refugees and assist them until this tragic conflict finally comes to an end, through a negotiated solution that is just, agreed by the parties, respects the rights of the Palestine refugees, and can stand the test of time.

Our work is not done yet and we continue to need your strong support. 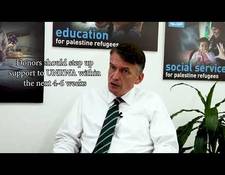