Statement of the UNRWA Commissioner-General 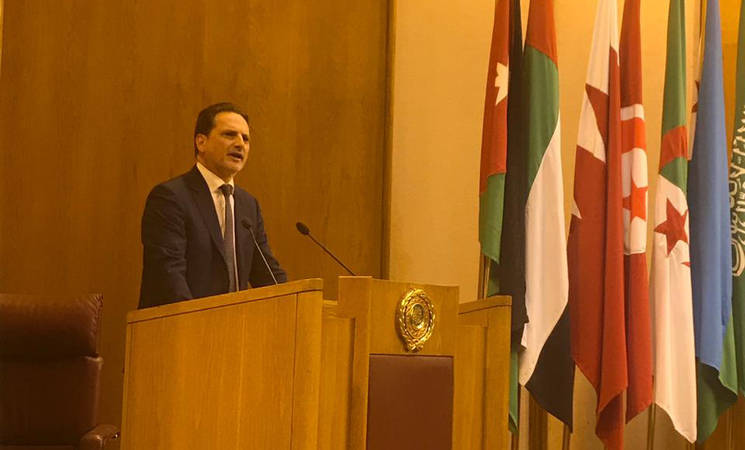 Allow me to begin by thanking you for the renewed honor of ad- dressing your distinguished Council.

2018 was without a doubt the most challenging year in UNRWA’s proud history.

I say this with humility and in the knowledge that previous generations of UNRWA’s staﬀ and leadership faced the immediate consequences of momentous events like the 1948 original forced dis- placement of Palestinians, the 1967 war and the beginning of the occupation, armed conflict in Lebanon and later Syria, the intifadas and repeated wars in and the blockade of Gaza.

UNRWA is therefore an organization formed and shaped by the closest possible exposure to human suﬀering and injustice. And yet, never before had the very existence of the Agency been at such great risk as in 2018. In previous statements before your Council I described the challenges we faced last year as existential in nature.

Today, I am therefore all the more pleased to confirm to you that with your exemplary support, UNRWA was able to entirely over- come the historic 2018 shortfall of $446 Million. 40 diﬀerent countries and institutions increased their funding to UNRWA and every pledge made in 2018 was honored before the end of the year.

Here at the League of Arab States, I wish to begin by expressing my sincere respect and appreciation to Secretary-General Abul Gheit for his constant attention and sustained advocacy on behalf of UNRWA.

Highest recognition goes to the Hashemite Kingdom of Jordan for the extraordinary leadership and initiatives in support of the Agency. I wish to warmly thank the Republic of Egypt, the Lebanese Republic and State of Palestine, for their constant out- reach and attention.

The extraordinarily generous and crucial donations from the Kingdom of Saudi Arabia, the United Arab Emirates, the State of Qatar and the State of Kuwait deserve the highest recognition and my personal heartfelt gratitude.

You have contributed in decisive ways to the successful outcome of last year. You have shown remarkable solidarity with Palestine refugees and -together with partners in Europe, Asia, Africa and the Americas- sent a powerful and important message to Palestine refugees: that they are not forgotten.

This message was reinforced a few days ago in Abu Dhabi when the OIC’s Council of Foreign Ministers adopted they Developmental Waqf for Palestine refugees, a very important step in the search to improve UNRWA’s longer-term financial situation.

I can confirm with great clarity that UNRWA will maintain its financial discipline. We reduced our costs by $92 M last year and aim to make further savings of some $60 M, which is the amount we will be losing from the Unites States this year.

If - in addition to our own eﬃciencies - every partner of UNRWA would maintain its funding levels in 2019, that would allow us to be financially stable, something very unique in our history.

I know however that this will require a lot of work and that UNRWA will again face delicate crisis moments this year, for example in relation to our emergency work in Gaza or the eﬀorts required to keep our half a million students in school, in the West Bank, the Gaza Strip, Jordan, Lebanon and Syria, as well as our health-ser- vices, relief and emergency services. I wish to also emphasize the importance of preserving our ongoing operations in East Jerusalem.

At stake is defending the rights and dignity of Palestine refugees, contributing to regional stability and asserting the importance of robust multilateralism.

I wish to conclude by underlining that the suﬀering of Palestine refugees is real and never anonymous. Allow me in this context to name the UNRWA students whose lives were lost in Gaza and Syr- ia in 2018:

In Gaza, we lost:

In Syria, we lost:

Behind each of their names was a destiny, a hope and expectations.

To honor them and keep alive the hope of all students in UNRWA schools, allow me to say, once again, how proud we are of our remarkable partnership with the League of Arab States and its member states and how grateful we are for your trust.