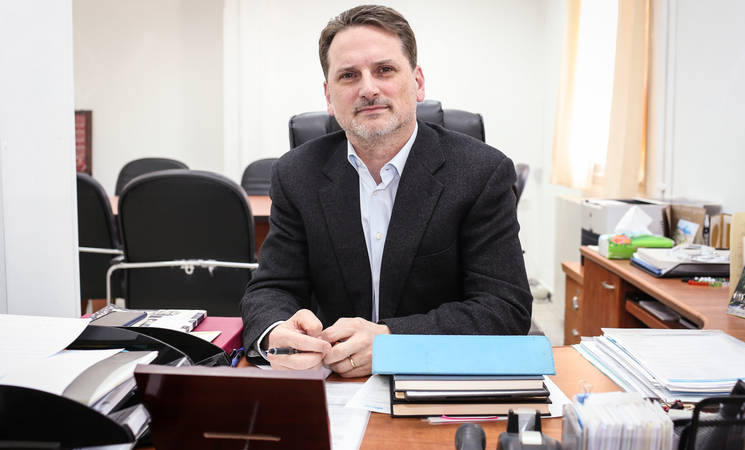 June 2017 marks 50 years since Israel occupied the Palestinian territory (oPt) as a result of 1967 Arab-Israeli hostilities. Large numbers of Palestinians were displaced, among them more than 120,000 Palestine refugees.

Fifty years on, the human consequences of the occupation remain inescapable for all affected by it.

The occupation cuts into every aspect of life for more than 2 million Palestine refugees, who represent some 42 percent of all Palestinians in the oPt. Lives that should have been defined by opportunity have been reduced to endless despair.

In the West Bank, including East Jerusalem, Palestine refugees have increasingly been subject to prolonged and repeated displacement, settlement expansion, demolition of their homes and other property, and violence, particularly during Israeli military operations in refugee camps. Like most Palestinians, the refugees also experience stringent movement restrictions, and continue to be deprived of access to basic resources such as land and water. The West Bank Barrier, the most visible manifestation of the occupation, further compounds the fragmentation of the oPt, impeding access to services and resources and disrupting family and social life. Palestine refugees suffer high unemployment rates leading to poverty and deprivation.

In Gaza, June 2017 also marks the tenth year of the blockade, profoundly exacerbating the effects of occupation. The majority of Gaza’s Palestine refugees is now dependent on humanitarian aid to meet their basic needs. The number of Palestine refugees reliant on UNRWA food distributions has increased from some 80,000 in 2000 to almost 1 million today.

Electricity is scarce, and so is access to clean water.  Medical care, business and trade, educational institutions, and the people they serve, are all affected in profound ways. In Gaza, everyone is a casualty of this intolerable situation and the spread of psychosocial trauma has reached epidemic proportions.

How long will this tragedy continue? The occupation remains a key obstacle to the realization of a just and lasting solution for the seven-decade-long plight of Palestine refugees, and it continues to be one of the most salient aspects of a historical injustice that has cast a shadow over their lives since 1948.

At heart, the occupation is also a denial of dignity and fundamental rights. A year ago, during a trip by the then UN Secretary-General to the Gaza Strip, Mr. Ban encouraged a group of Palestine refugee students to continue to study hard and invest in human rights. Young 14-year old Ahmed raised his hand: "Mr. Secretary-General, we are passionate about education. We love to study about human-rights but I have one question: why do they not apply to us?"

It is high time for the world to answer Ahmed's question. It is imperative to demand that occupation must end.