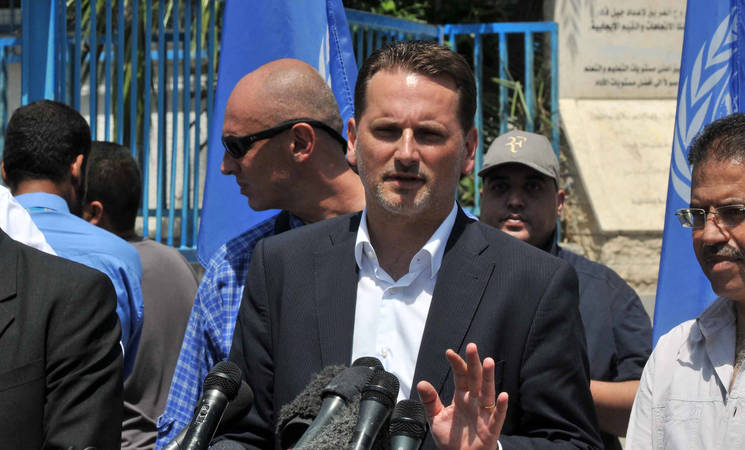 The scenes of carnage and human suffering that we witnessed today at our elementary school in Beit Hanoun were so appalling and intolerable, that it is difficult to find the words to convey adequately my indignation. As has happened so many times in this pitiless conflict, civilians are paying the highest price of the current military escalation. I condemn this callous shelling and the extensive loss of life in the strongest possible terms and call for an immediate investigation to ensure that circumstances and responsibilities are comprehensively and irrefutably established.

At approximately 14:55 today, as hostilities were intensifying, UNRWA’s Beit Hanoun Elementary Co-Ed A and D school compound was struck by explosive projectiles, causing death and injuries to multiple displaced Palestinian civilians who had sought refuge in this UN installation. This school had been designated as an UNRWA Emergency Shelter.

The security situation in the Beit Hanoun area was deteriorating rapidly and over the course of the day UNRWA had been attempting to negotiate with the Israeli Defence Forces a pause in the fighting during which they would guarantee a safe corridor to relocate staff and any displaced persons who chose to evacuate to a more secure location. Approval for that never came to UNRWA. In addition, the school’s coordinates had been formally conveyed to the Israeli authorities on 12 occasions, most recently at 10:56 this morning.

These Palestinians, many of them women and children had come to this school for refuge believing that a UN installation would offer them a higher level of safety and security having been displaced from their homes as a result of the current fighting. That belief was based on the binding commitment of the international community and on the binding obligation of parties to the conflict under international law to respect the inviolability and sanctity of UN premises, and on the many years during which UNRWA has done its utmost to provide them protection.

This is the fourth time in the past four days that an UNRWA school has been struck by explosive projectiles. Today’s tragedy was yet another illustration that no one in Gaza is safe. I call once again on all parties to this conflict to recognize and respect the sanctity, neutrality and inviolability of UN premises. I further call for an immediate cease-fire to end the killing and maiming as well as the devastation and traumas that will mark the population for decades. Enough is enough.