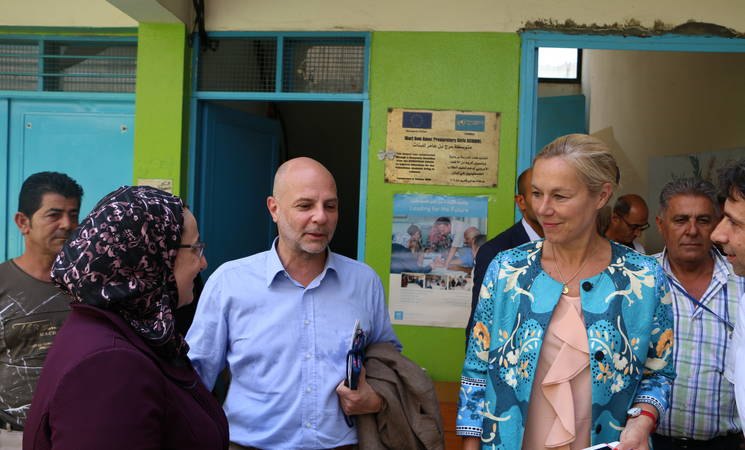 Yesterday, the United Nations Special Coordinator for Lebanon, Sigrid Kaag and, the Director of UNRWA in Lebanon, Claudio Cordone, visited the Palestine refugee camp of Ein El Hilweh. They met with representatives and residents of the camp, including women and youth groups, and visited UNRWA installations and other areas in the camp.

Noting the difficult socioeconomic conditions in the camps and recurrent outbreaks of violence, Ms. Kaag and Mr. Cordone underlined the ongoing need for calm and stability allowing residents to go about their daily lives without fear of violence. “The important message of this visit is complete and continued support for the Palestine refugees under the aegis of UNRWA whilst they are residing in Lebanon,” Ms. Kaag said.

Mr. Cordone said, “UNRWA is committed to deliver its assistance and protection mandate for Palestine refugees to the best of its ability, including in particular by assisting the families most in need due to poverty and displacement by the recent fighting.”

Ms. Kaag and Mr. Cordone welcomed the measures taken by the Palestinian joint security forces and the cooperation with the Lebanese military and security agencies to improve the security situation in the camp.

More than 57,000 Palestine refugees are registered by UNRWA as living in Ein El Hilweh.