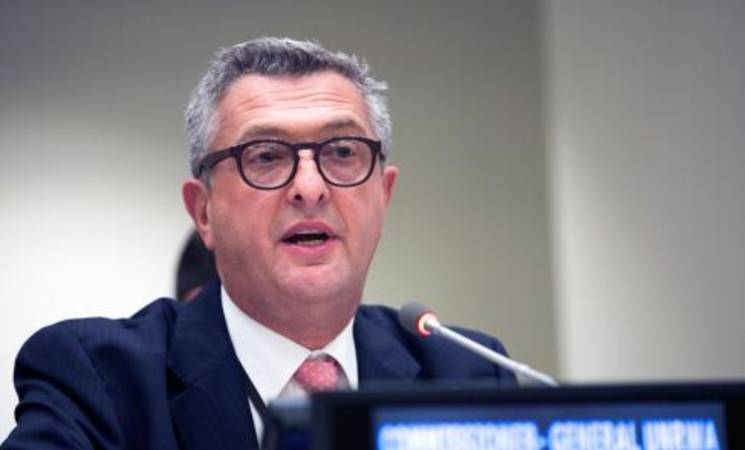 I am shocked and outraged to have to report that at least 18 people were killed yesterday, including five Palestine refugee school children and an UNRWA staff member, when an explosive struck near UNRWA's Zeitoun school in Muzeirib, 11 km north-west of Dera'a in southern Syria, between 11:00 and 12:00.  At least 20 others were injured, including two staff members and eight school children, two of whom have lost limbs.

This comes just eight days after UNRWA condemned an explosion that injured 40 school children at UNRWA's Turaan School in the same town.

A staff nurse, Houriyeh Ahmad al-Seid, age 50, who was working in the nearby UNRWA clinic at the time, was also killed. Our hearts go out to all the parents and families at this devastating time.

I must express my revulsion at this wanton disregard for civilian life and international law.   All parties to the conflict are obliged to ensure that civilians and UN installations are protected.   Yesterday’s tragedy demonstrates beyond doubt that the conflict in Syria can only be stopped through dialogue and political negotiations.  Militarization must cease.   I urge the parties and the international community to act together now because the children and people of Syria depend on all of us.